Of all the cars Mercedes-Benz has produced, starting with the Benz Patent-Motorwagen and continuing through the present day, the W123 (predecessor to the E-Class) almost certainly would get the most votes for "Most Legendary Mercedes-Benz of All Time." Built from 1976 through 1985, the W123 earned a reputation for longevity and reliability that may be impossible to surpass, and the diesels were the toughest of all. They were slow, sure, but so what? Here's a W123 diesel in California that got discarded prematurely, with not quite 250,000 miles on the clock. 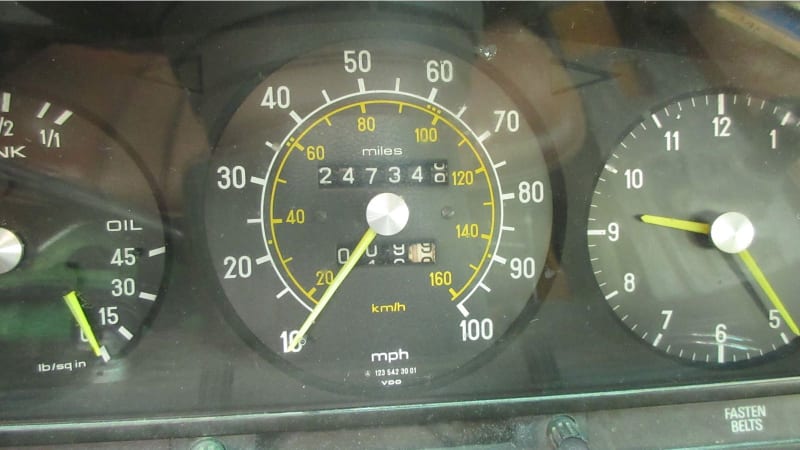 This car ended up in a San Francisco Bay Area wrecking yard, but at least it appears to have avoided the sad fate that befalls many of its W123 brethren in Northern California: being halfway converted to biodiesel, then tossed aside when the project proved too difficult. 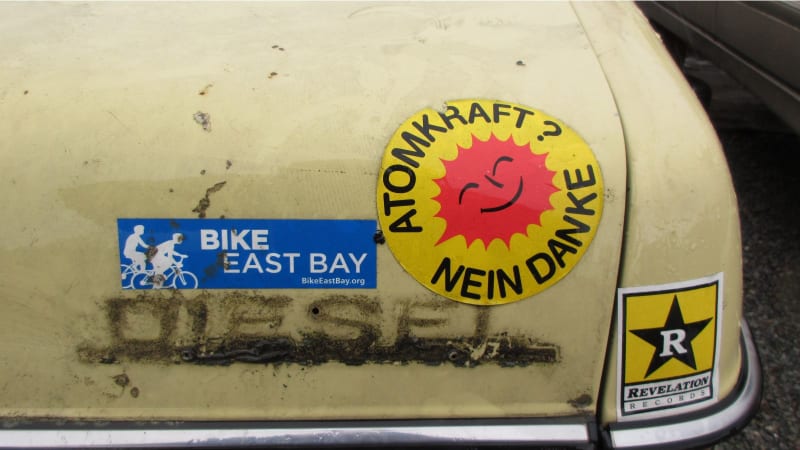 Many of the indicators of the demographic group that feels compelled to build a Burning Man-centric veggie-oil conversion out of an old W123 are visible, but the fuel system seems more or less stock. 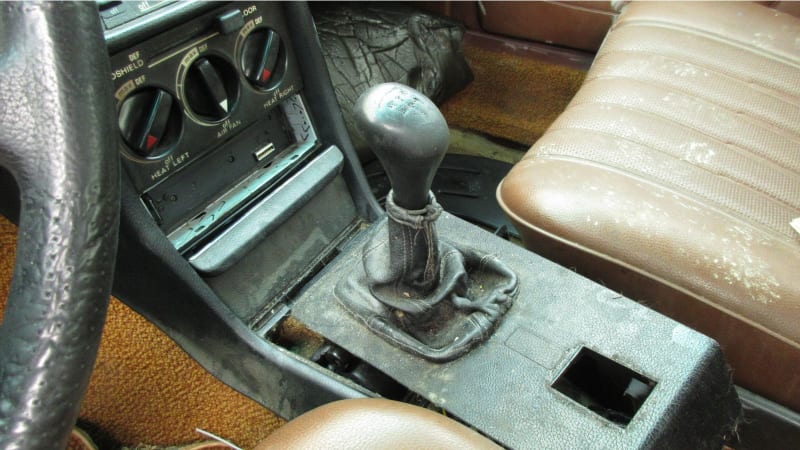 Nearly every Mercedes-Benz sold in North America would have had an automatic transmission by 1979, but this car has the more sensible four-speed manual. 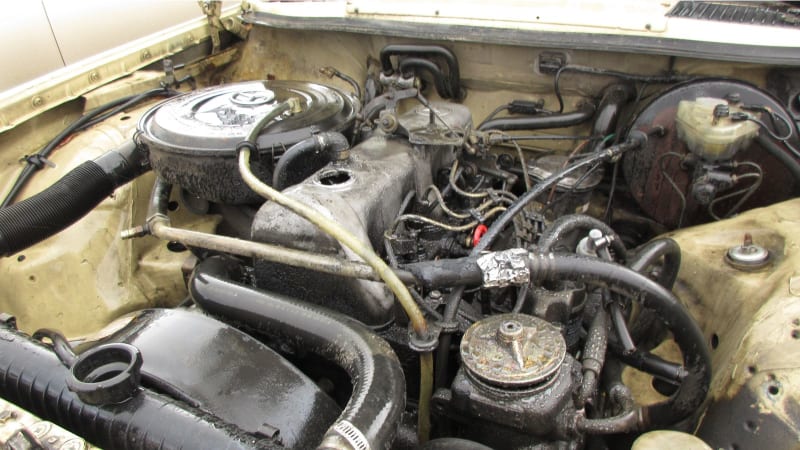 The OM616 naturally-aspirated diesel engine made 62 horsepower in the 1979 240D. That's a miserable 48.5 pounds of German steel per horse of oil-burning power here. The slowest car I have ever driven (the 1979 Rabbit Diesel in which I took my driver-training classes in 1982) had a far quicker 39.6 pounds per horsepower. The 2018 Mitsubishi Mirage, widely mocked as being intolerably slow, accelerates like a Top Fuel dragster next to the 240D, carrying a mere 25.9 pounds for each of its horses. 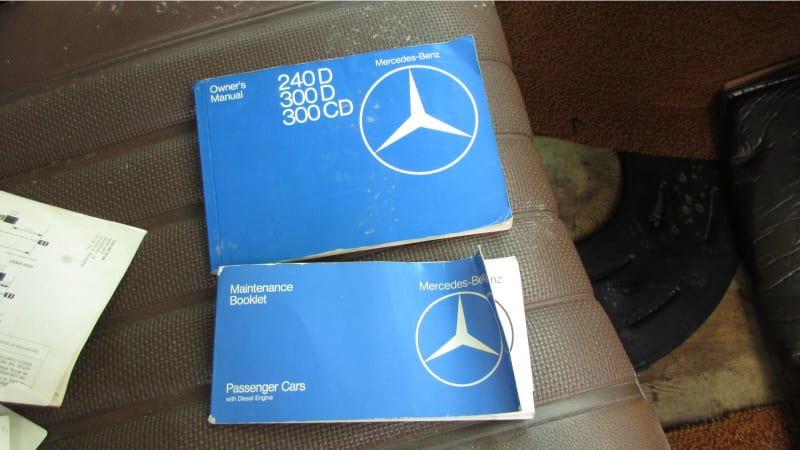 So what? These cars never broke. Amortize the cost of ownership over the typical 350,000-mile life and a 240D cost less per mile than just about anything with an engine. 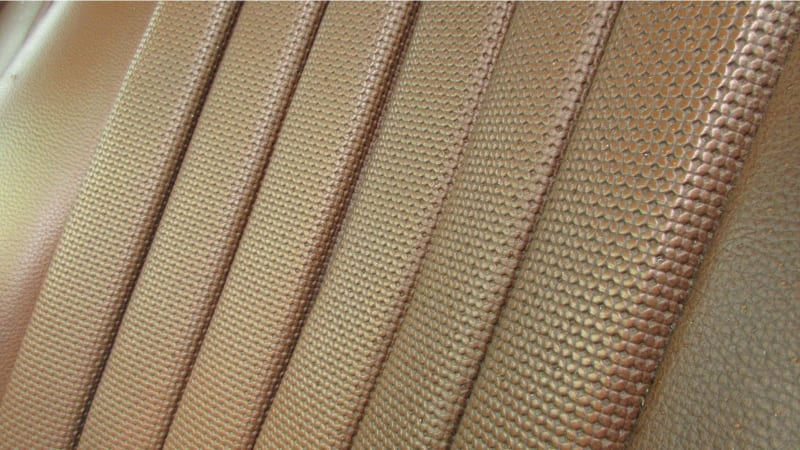 The faux-leather material used here, known as MB-Tex, lasted even longer than the OM616 engine. I have seen this stuff looking great after 25 years of direct exposure to the Arizona sun. 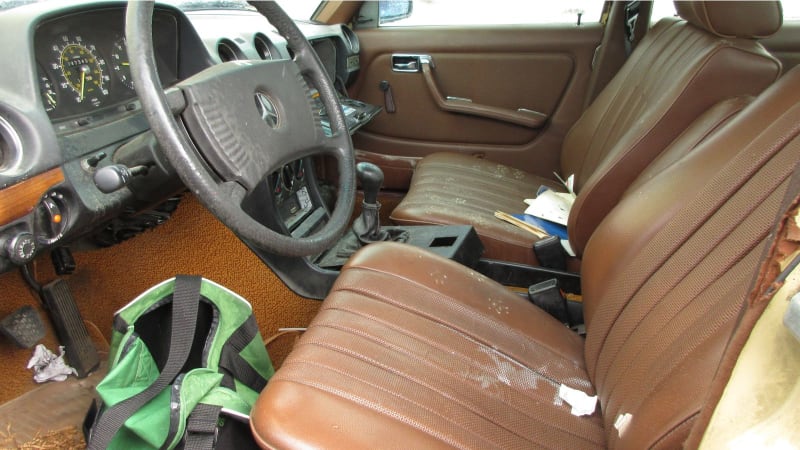