The thing's really hauling, too

John Beltz Snyder
What happens when a raised dump trailer full of canola seed collides with a bridge in the rain at highway speeds? Watch to find out.

This happened at 11:30 a.m. Wednesday, April 4, according to the Montreal Gazette. The truck was traveling along Highway 40 with its trailer completely raised when it smashed into a pedestrian bridge. The contents of the trailer were scattered all over the road, and pieces of the trailer became embedded in the bridge. The highway was closed as a result, and remained partially closed almost 20 hours later. Nobody was injured.

Somehow, the impact and the moments that follow are satisfying to watch, though clearly they couldn't have been for the trucker behind the wheel.

Engineers from the Quebec Ministry of Transportation investigated the site and will dismantle part of the walkway as a "preventative measure," according to the Gazette. It's unclear whether the bed was left in a raised position due to driver negligence or mechanical failure, but a Quebec Highway Code reform is being considered that would require trucks to be equipped with a light to warn of a raised trailer. 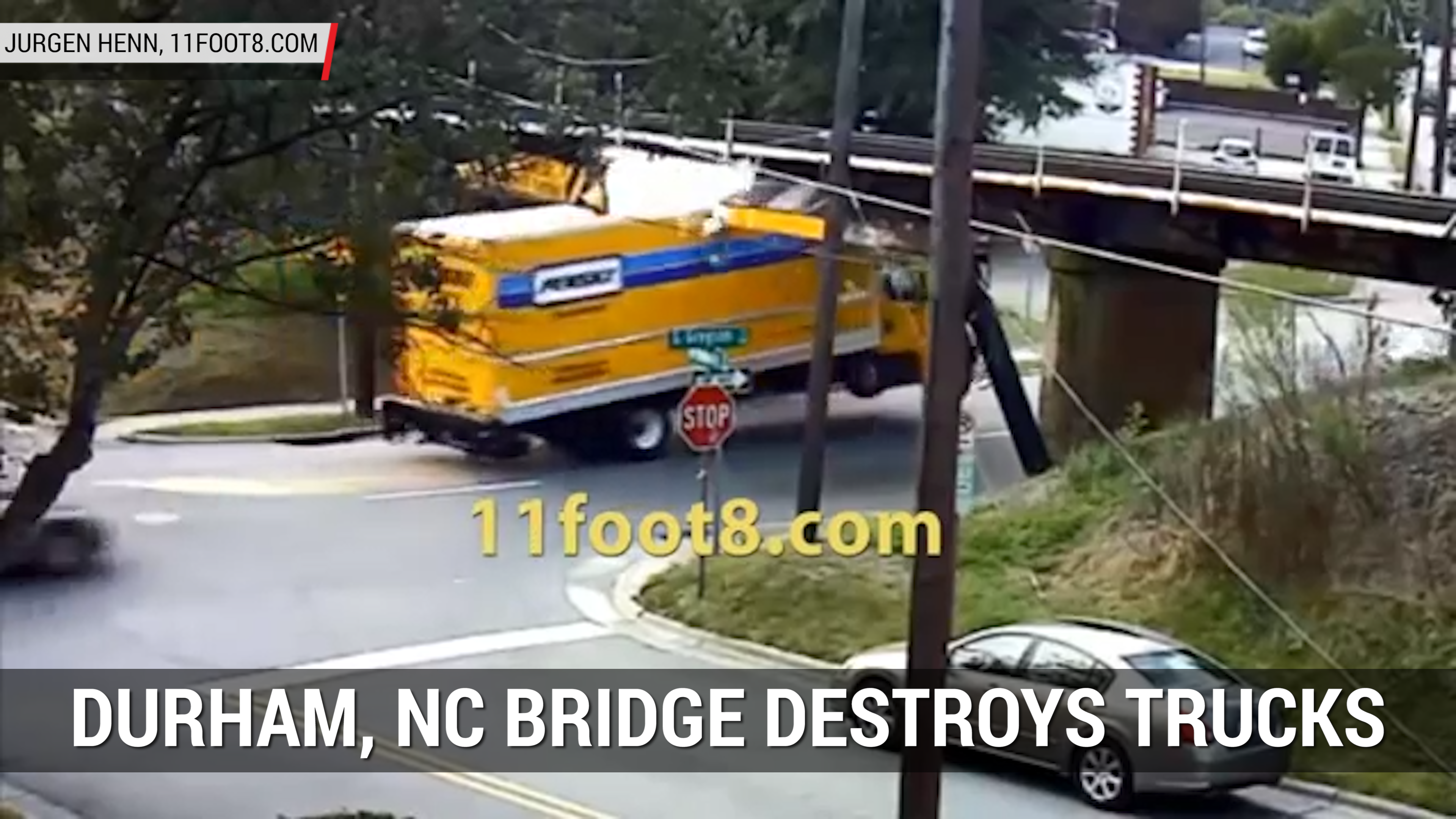