"Danica has been someone for my daughters to look up to," says Jimmie Johnson

"Not only is it the biggest (NASCAR) race of the year, it's wide open from a performance standpoint," Patrick told reporters this week at Daytona 500 media day. "It's exciting. Anything can happen."

Patrick's start on Sunday, in what is known as the Great American Race, is the first half of what is being dubbed the "Danica Double" and will be followed by her final appearance in the Indianapolis 500 in May before retiring.

Although Patrick has never won a NASCAR race in 190 starts, she is the only woman to win the Daytona 500 pole, which she did in 2013 before going on to a career-best eighth-place finish in that race. Last year she finished 28th in NASCAR Cup standings.

Patrick says that she came to NASCAR with high intentions of success, but it did not work out that way.

However, she insisted that she had no regrets over the journey that her career has taken.

"I'm not one of those people that looks back on anything and says, I wish this would have been different. I am happy with where I am now," she said.

While her statistics don't stand up to seven-times NASCAR champion Jimmie Johnson, Patrick's legacy may have more impact on the next generation.

"Danica has been someone for my daughters to look up to," Johnson told reporters at the Daytona International Speedway.

"That's the impact she's had in sports and women in sports."

Patrick, 35, parlayed a ground-breaking debut performance in the 2005 running of the Indy 500 into a career where the young driver shined at first.

She qualified fourth, led laps and finished fourth that year, establishing a record for women at the time.

Although she was competitive in open-wheel cars, Patrick won only one IndyCar race in a seven-year stint consisting of 117 starts.

Roger Penske, the double Daytona 500 and 16-times Indy 500 winning team owner, told Reuters in an email: "Danica Patrick has really made a lasting impact on racing. Her success, both on the race track and the way she has helped grow the fan base in both IndyCar and NASCAR, has been remarkable.

"She then (after IndyCar) brought new energy and new fans to NASCAR while continuing to help create even more opportunities for women in motorsports."

Bobby Rahal, an Indy 500 winner himself, and Patrick's team owner at her Indy debut, likened her foray into Indy Car to the famous 1973 'Battle of the Sexes' tennis duel between Bobby Riggs and Billie Jean King.

"I don't want to say she was bigger than the sport," Rahal said. "Her story was so unique in the sense that she was the first woman, particularly at Indy, who was competitive against the men."

(Patrick was not the first woman to race at Indy, however. Janet Gutherie, Desiré Wilson, Lyn St. James and Sarah Fisher all raced there before her.)

Her performances led to a sponsorship with GoDaddy, an internet domain name company then known for popular Super Bowl commercials Patrick appeared in. As the big money was leaving IndyCar for NASCAR, she brought GoDaddy to the American stock car series.

"At the time she moved to NASCAR, she was riding the wave of something new to NASCAR and to a female demographic," said Andrew Campagnone, founder of Sports Marketing Consultants.

"The marketing reach that her sponsor, GoDaddy, put behind her was enormous, and much credit goes to them as to her. She did shed light for young girls around the globe, not (just the) U.S. on making it in a male dominated lifestyle of motorsports.

"She'll be relevant even out of the car, as she has transcended the sport like Dale Earnhardt Jr." 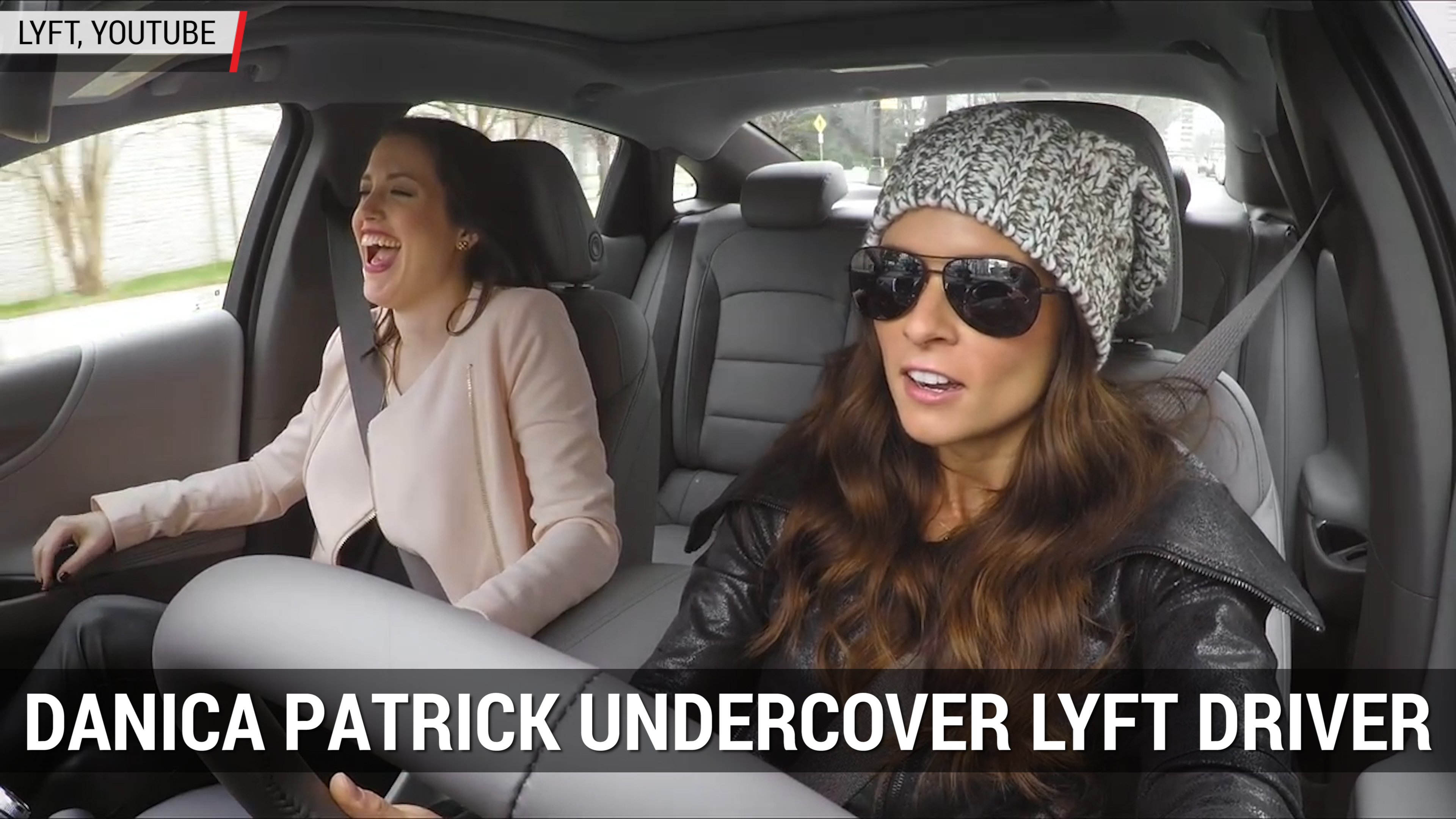