Editor-in-Chief Greg Migliore: I was pretty psyched to drive the Audi RS3, and it delivered the kind of performance I was expecting. It was even a little raw. The five-cylinder putting out 400 horsepower and 354 pound-feet of torque felt strong. It's a lot of juice in such a small sedan. It sounded good. Buzzy and angry. Even a little uncouth. I liked it in the TT RS we had last week, and it enlivens the RS3 with serious energy. The acceleration is strong, offers a lot of punch on the low end and remains capable through redline. It's compulsive to nail the throttle.

Done up in bright sky blue, or Ara Blue Crystal Effect, as Audi calls it, this RS3 stands out more visually than I expected. It's noticeable in the parking lot, with titanium-finish blade-style wheels, a big grille and prominent fascia up front, and the optional sport exhaust in back (which looks good and sounds even better). Inside, the black cabin is brightened by RS carbon inlays and Audi's virtual cockpit. It's simple, austere and sporty. I had a good time blasting around in the RS 3 sedan. It lived up to expectations. I only wish the hatch was sold in the United States...


Four-hundred horses is a lot under the hood. The @Audi RS3 is quite the pocket rocket. #autobloggarage pic.twitter.com/lc8CNza6Sh


Associate Editor Reese Counts: I want this engine in everything. 400 horsepower in a car roughly slightly smaller than a Honda Civic is a riot. Cars have gotten so big these days that something as small and as nimble as the RS 3 is a wonderful thing. Audi's new inline-five has torque for days. It delivers power smoothly, pulling all the way to redline with little lag from the single turbocharger. With all-wheel drive and a slick 7-speed dual-clutch transmission, the car will hit 60 mph in fewer than 4 seconds. These are supercar-level numbers from a decade ago.

Yes, it's expensive, but so is everything in this competitive set. A BMW M2 or Mercedes-AMG CLA45 with similar options costs roughly the same. I'd take the Audi over the AMG any day, though it's far more complicated when it comes to the BMW. I think the Audi looks and sounds slightly better, but I like the balance of the M2. Plus, you can get it with a stick shift. Still, it's nice to have options, even if they're pricy ones.


Senior Editor, Green, John Beltz Snyder: The Audi RS3 didn't blow me away, but it did get me thinking. A couple things turned me off, but for almost every drawback, there was something to make up for it. The engine note from that five-cylinder motor sounds a little sour to me (I didn't get the chance to drive the TTRS we had last week to compare), but the exhaust note does turn heads in traffic. The car feels a little nose-heavy, but it still offers a ton of grip in the corners. I'm not a fan of the wheels, but the rest of the exterior looks really exciting to me (I love that blue with the flat-ish silver accents).

Driving the RS3 is only really fun if you make it fun. It takes a little bit of work to tease out its performance capabilities, but, to me, that's the most interesting thing about this car. Driving it casually, it's nothing special, but it'll show off if you start playing with the throttle, transmission, and steering wheel at the same time.

That said, I'd never pay what Audi is asking for the RS3.


So, @rmcounts pointed this out yesterday, but man, the @Audi RS3 has huge exhaust tips. @therealautoblog pic.twitter.com/7acOseMSdY


Associate Editor Joel Stocksdale: I keep going back and forth on this RS3, specifically on whether I love it or just like it. It's endearing in many ways. I love the size (unabashed small-car fan, here), and the looks. It's short, squat, and fierce. It's kind of like a bulldog. The engine is pretty amazing, too. It has a sweet howl, and I actually wish the exhaust was just a tad louder. That five-cylinder also clearly takes a page from turbo engines of the past. It's rather laggy, and you'll be waiting a while for boost if you're flooring it from low rpm. Though I really like responsive engines, there is something fun about an engine that's a bit uncouth. So for the engine and the good looks, I love it.

But what brings me out of loving the RS3 and into simply liking it is that in every other respect, it's almost too good and restrained. The car has buckets of grip, and it seems unflappable. It corners with very little lean, but it also rides impressively well. It's not soft, of course, but even in "Dynamic" mode, the car handles everything from highway imperfections to railway crossings with little fuss. The little car is so composed that it almost becomes boring on the road, except for the occasional full throttle blast up an onramp.

Then there's the interior. Though most Audi interiors are very high quality and modern, the A3 feels extremely average. Though some suede and some sharp diamond-quilted seats dress things up, there's still far too much low-rent plastic throughout. And those vent surrounds are shockingly loose and chintzy.

I think in the end, I only just like the RS3. If it felt just a little more wild, or a little more special inside, Audi could make me love it. 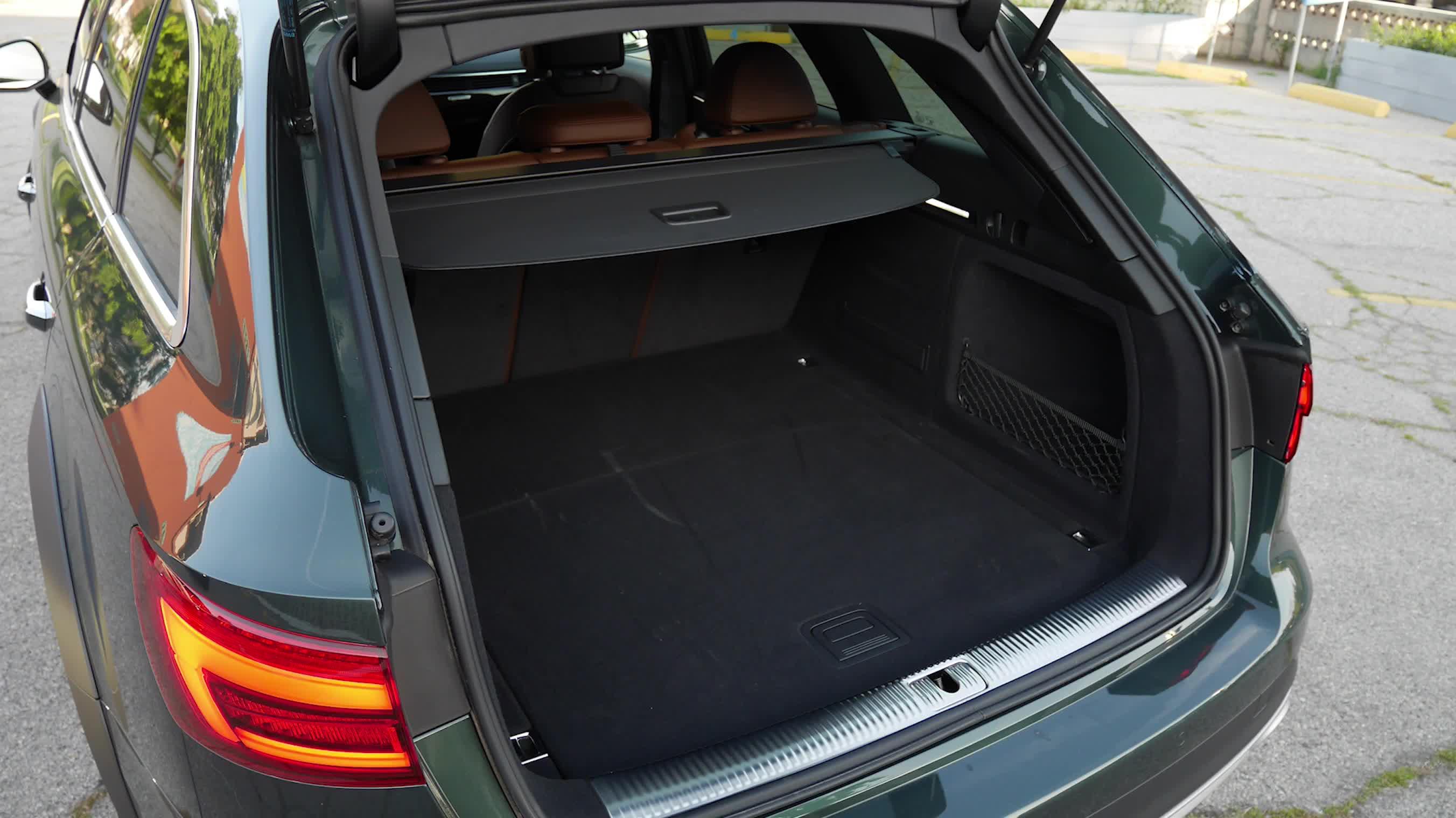