A Hyundai hatchback with heart

A few months ago, a discussion at Autoblog HQ led to the term mildly spicy. Cars like the Honda Civic Hatch, the Volkswagen Golf and Mazda3 aren't quite GTI or Focus ST-level hot hatches, but they still provide a great mix of fun, practicality and affordability. The Hyundai Elantra Sport fits the same basic mold, minus the hatchback. That's why we were so eager to get behind the wheel of the new Elantra GT Sport. Same premise, better form factor.

The Elantra GT and sedan aren't as closely related as their name might suggest. The GT is actually based on the European i30 hatch, which is why the styling for the two models differs both inside and out. Think Volkswagen Golf and Jetta. The suspension tuning is also slightly different, but both cars share the same turbocharged 1.6-liter inline-four, mated to either a six-speed manual or a six-speed dual clutch transmission. It's good for 201 horsepower and 195 pound-feet of torque. That's roughly equal to the new 2017 Honda Civic Si, though the Honda weighs a few hundred pounds less than the Elantra.

Still, the Elantra GT Sport feels just as quick as the Civic Si, even with the weight penalty. Minimal turbo lag means peak torque arrives at just 1,500 rpm. From there, power comes on smoothly, with all 201 horses running free at 6,000 rpm. The smooth shifter and well-placed clutch are a perfect match for the engine, even if it's not quite as slick as the Honda's. The dual clutch is a $1,000 option, but stick with the manual unless you really can't deal with three pedals. 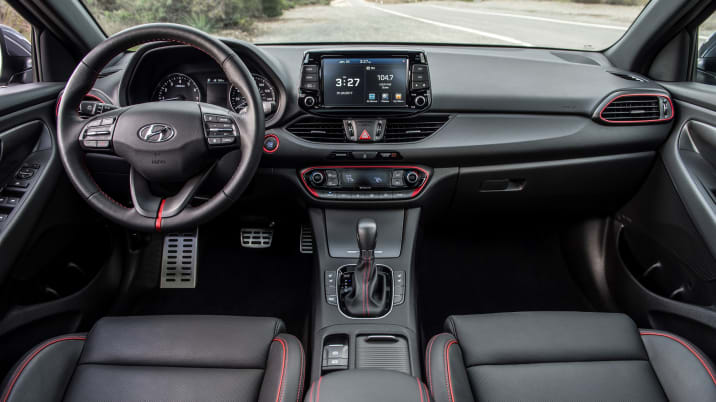 Michigan roads are known for being flat, straight and pockmarked. Thankfully, Hyundai managed to find some decent pavement just outside of Ann Arbor. The Elantra GT Sport uses MacPherson struts with twin-tube shocks up front with a multi-link independent suspension with monotube shocks out back. The standard Elantra GT uses a torsion beam out back, so the difference is noticeable. The ride is on the comfortable side of sporty. The car dealt with rough pavement well, though these were the best Michigan conditions we could have hoped for.

It doesn't react quite as quickly as a Civic Si or Volkswagen GTI, but it feels right on par with with Civic Hatch Sport. Body roll is minimal and, given enough leeway, you can get the back end to rotate slightly when lifting off the throttle. There's mild understeer, but nothing egregious. The steering is firm and quick, but there's some disconnect between what's going on with the tires and the feedback through the wheel. Hyundai still hasn't quite nailed steering feel like the Germans or Japanese, though the Koreans are quickly catching up. Likewise, the brakes are good, but not outstanding. The pedal is firm, but the Elantra GT Sport doesn't feel like it scrubs speed as quickly as the competition.

We're sure the new i30 N packs even sharper steering and better brakes. Sadly, we're not getting that car here. Hyundai says we're getting an unnamed N-tuned model instead. While it won't say what that car will be, we're pretty confident it's the second-generation Veloster ( we saw camouflaged versions in Korea). Those cars are much more in line with the traditional hot hatch formula, with an electronic limited-slip differential, adjustable suspension and a 2.0-liter turbocharged inline-four making 271 horsepower.

Still, Hyundai is very vocal about not wanted to compare this car straight against the GTI. Both pricing and marketing reflect that. The Elantra GT Sport starts at $24,135. For that you get leather seats, heated front seats, a leather-wrapped steering wheel, LED headlights and taillights, and an 8-inch infotainment display with Apple CarPlay and Android Auto. That's a lot of equipment that either isn't standard or even available on the competition. A Civic Si starts at $24,775 and you can't get a GTI for less than $26,415. Neither of those come with leather or LED lighting.

For someone who wants something fun that's still loaded with features, the Elantra GT Sport is a fantastic little car. It's not quite as sharp as something like the GTI, but it's not trying to be. Hyundai has a car on the way for people that want more. It packs in more features than both the Volkswagen Golf and Honda Civic hatch. Add in Hyundai's warranty and you have a package that's difficult to beat at this price. For those that just want good packaging at a decent price, Hyundai makes a non-sport version of the Elantra GT.

Look past the badge. Hyundai's no longer just about value. There's a lot of heart to back it up. 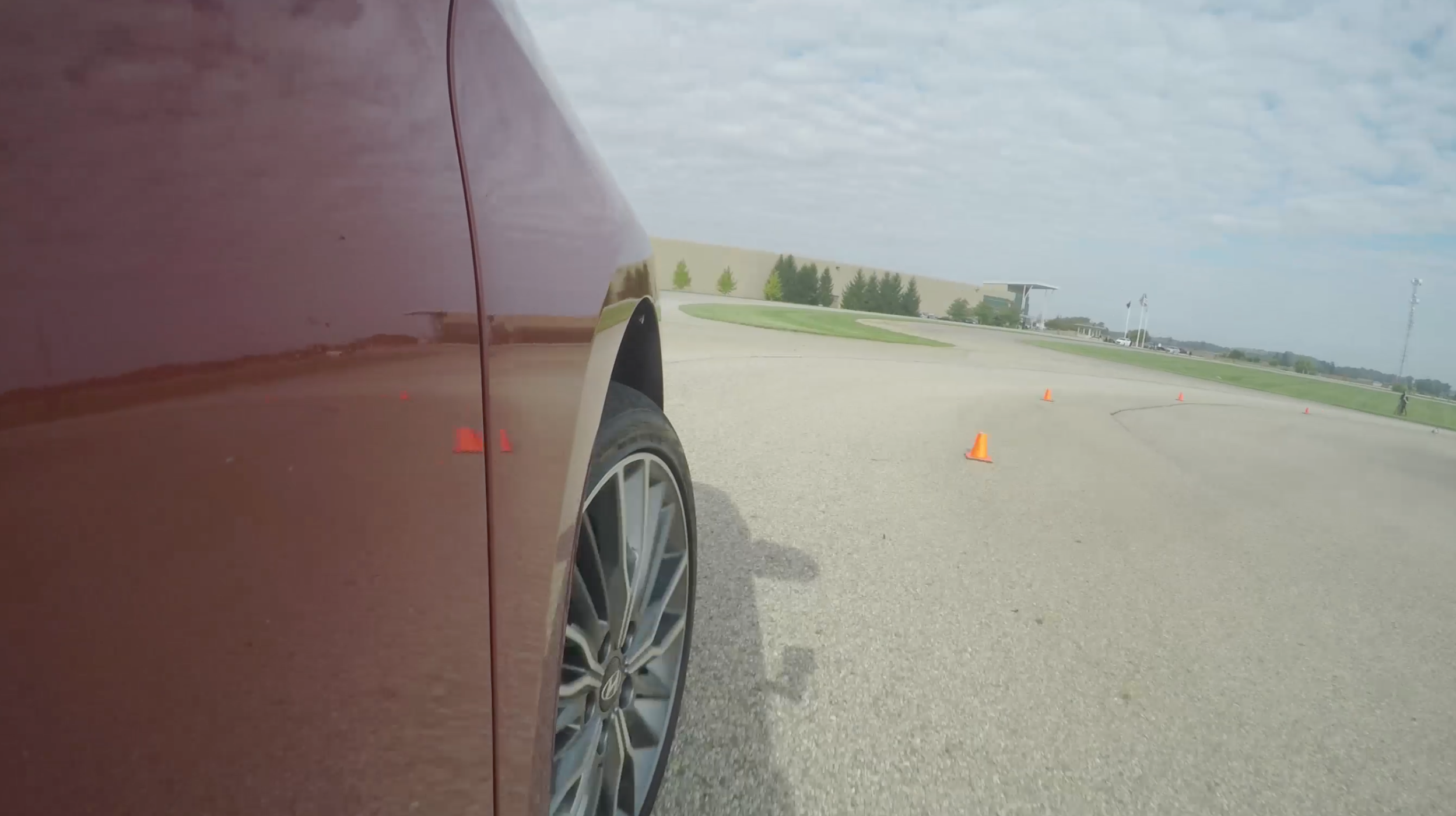