Jason Marker
So, Jamie Foxx is doing pretty well for himself these days. He got a sweet new gig hosting a game show called Beat Shazam on FOX, his latest film Baby Driver got rave reviews at a pre-release screening at South by Southwest, and his relationship with Katie Holmes seems to be taking off. Since things are going so well in his life, he decided to treat himself to a nice new wrap for his car.

Of course, being an international film star and multi-millionaire, Foxx doesn't have just any car, nor does he go for just any wrap. For the past couple of years, Foxx has been rolling a black-on-blue Bugatti Veyron, a car that even in stock form turns heads anywhere. I guess Foxx wanted to make his car even more ostentatious, and recently had it done up in a chrome gold wrap. He posted a picture of the Veyron in all its flashy glory on Instagram the other day, and it's quite a sight.

Foxx also posted a little message to his fans along with the picture:

"I was feeling solid gold today when I drove in for work ... #bugatti can't wait for u guys to see the show #beatshazam people won life changing fortunes. And the back stories of the contestants will melt yo heart #foxxonfox may 25th on fox as part owner and executive producer it's exciting to see it come together. Thanks to mark Burnett (survivor the voice etc) and Jeff Apploff the great!"

Good for him. Sounds like everything's coming up Jamie! 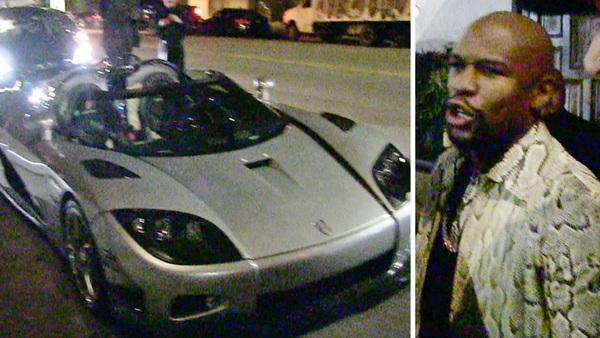