One of the later Shelby Mopars, now in a Phoenix wrecking yard. In addition to leading Chrysler back to profitability after the federal bailout of 1979 (by betting heavily, and successfully, on the new K Platform), Lee Iacocca also managed to sign up Carroll Shelby to help design a bunch of factory-hot-rod Chryslers. Starting in the 1983 model year, a series of cars based on the K family and the Chrysler Europe-derived Omnirizon platform got the Shelby treatment. Here's a well-preserved example of one of the later Shelby Daytonas, spotted in a Phoenix self-service wrecking yard last month. 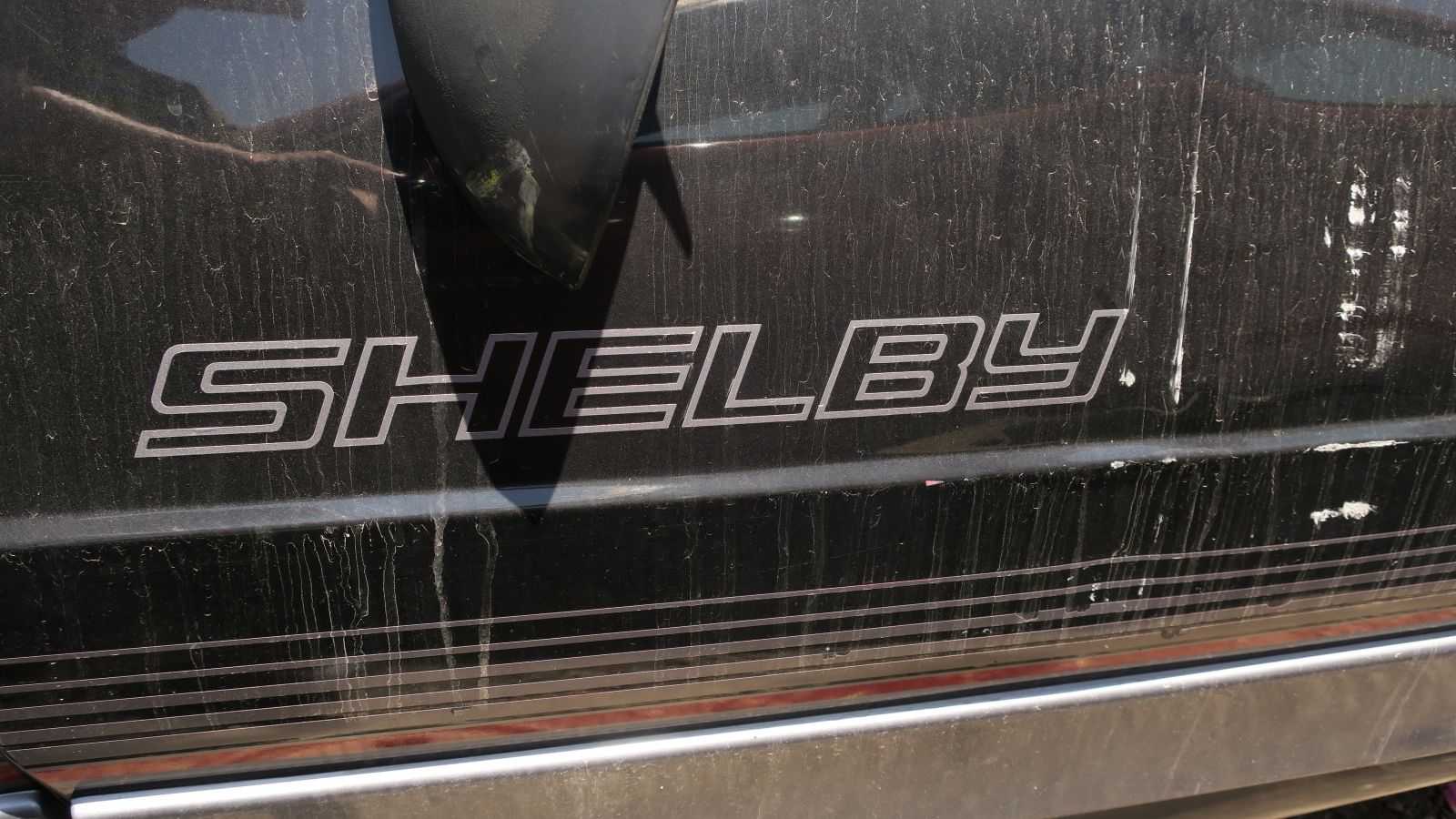 These cars were quick, by the standards of their time, with 174 horsepower from the Turbo II 2.2-liter four-cylinder engine, in a car that weighed just 2,951 pounds. 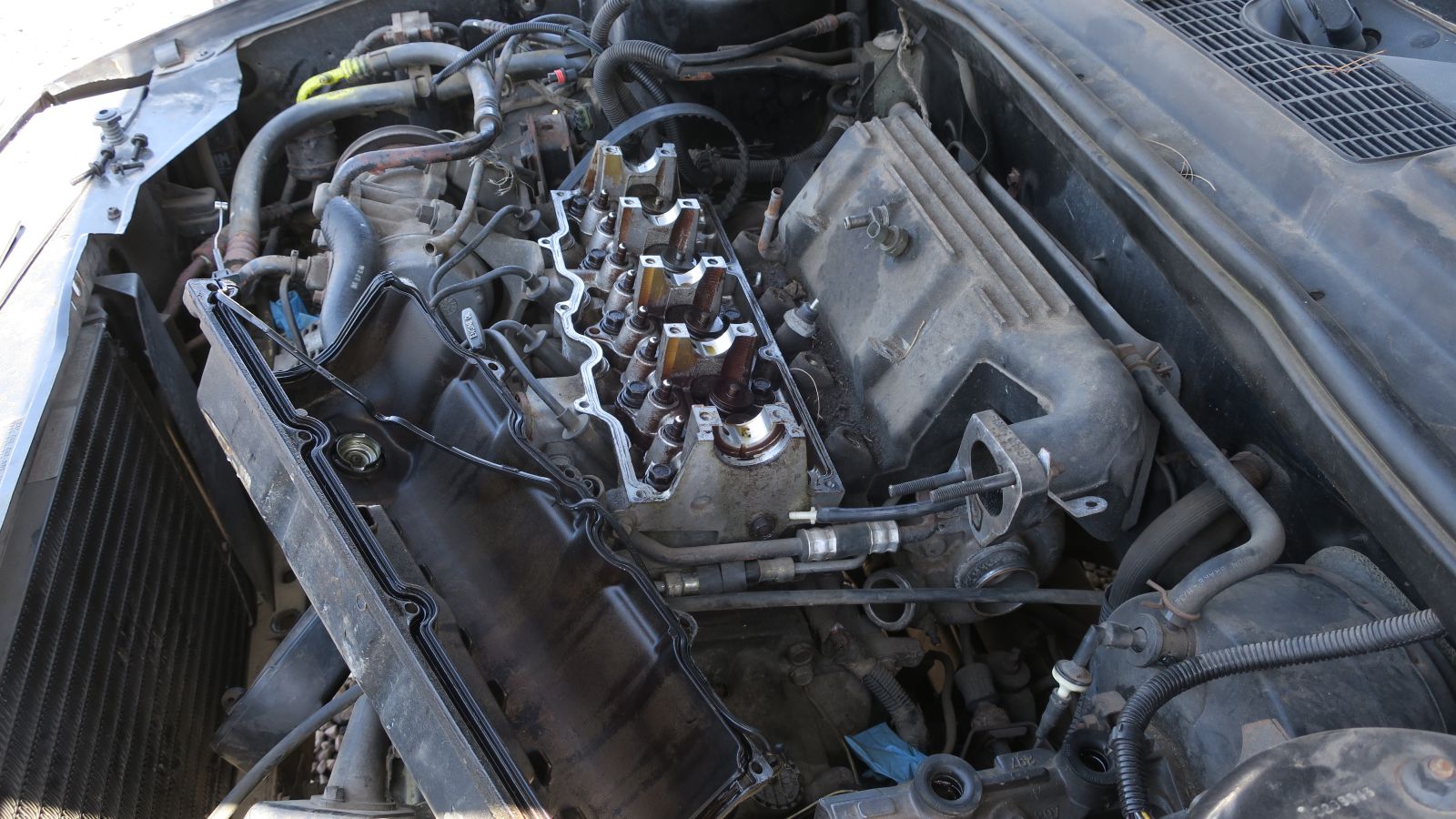 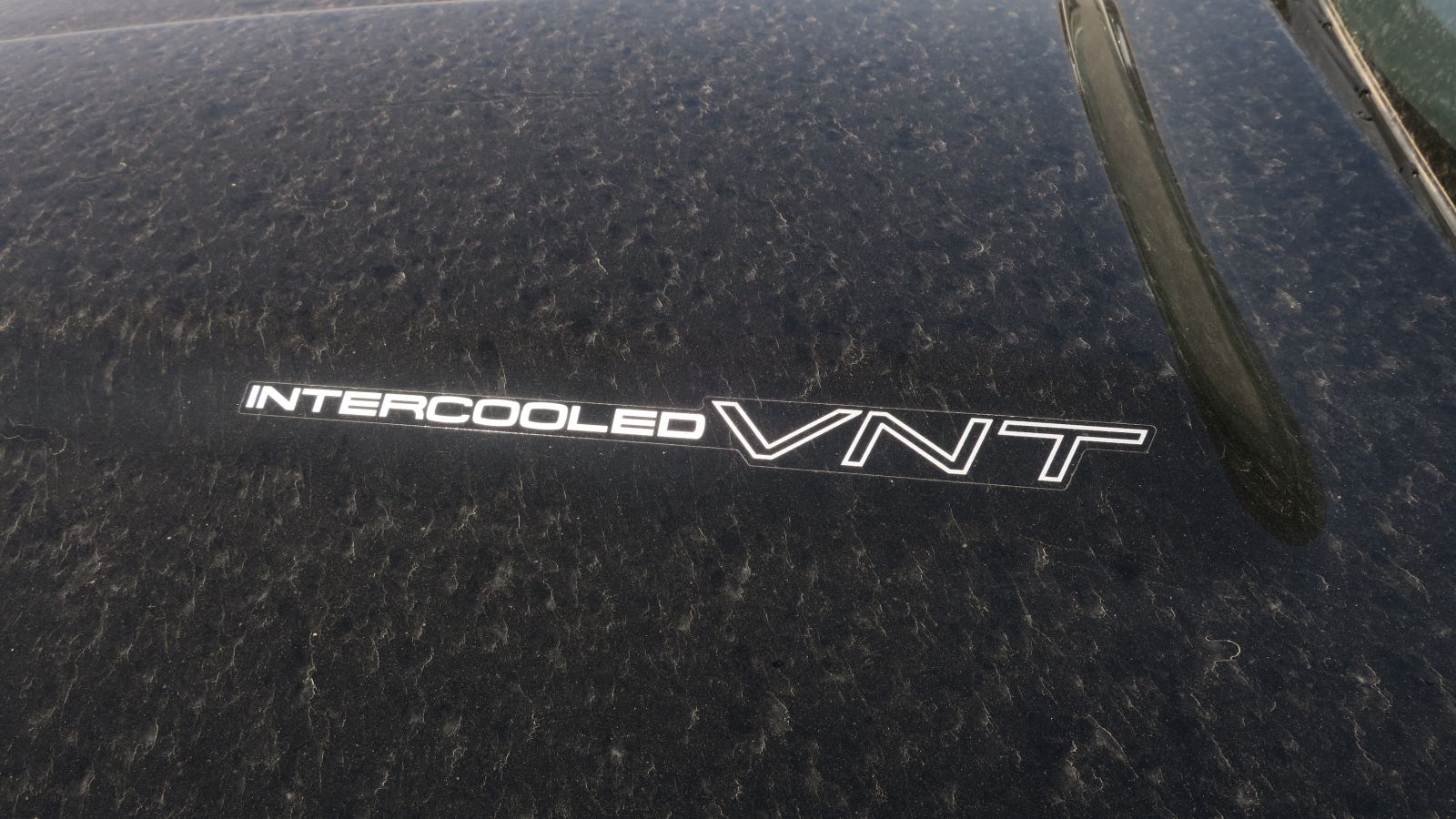 This one has hood decals indicating that the engine has the Variable Nozzle Technology setup, which is interesting because the VNT-equipped Turbo IV engine wasn't used in Shelby Daytonas until the 1990 model year. This car's VIN shows that it's a 1989 model for sure, so perhaps it got wrecked and had the hood replaced by one from a 1990 car. Any of you Shelby Chrysler experts, please let us know what you think might have happened here. 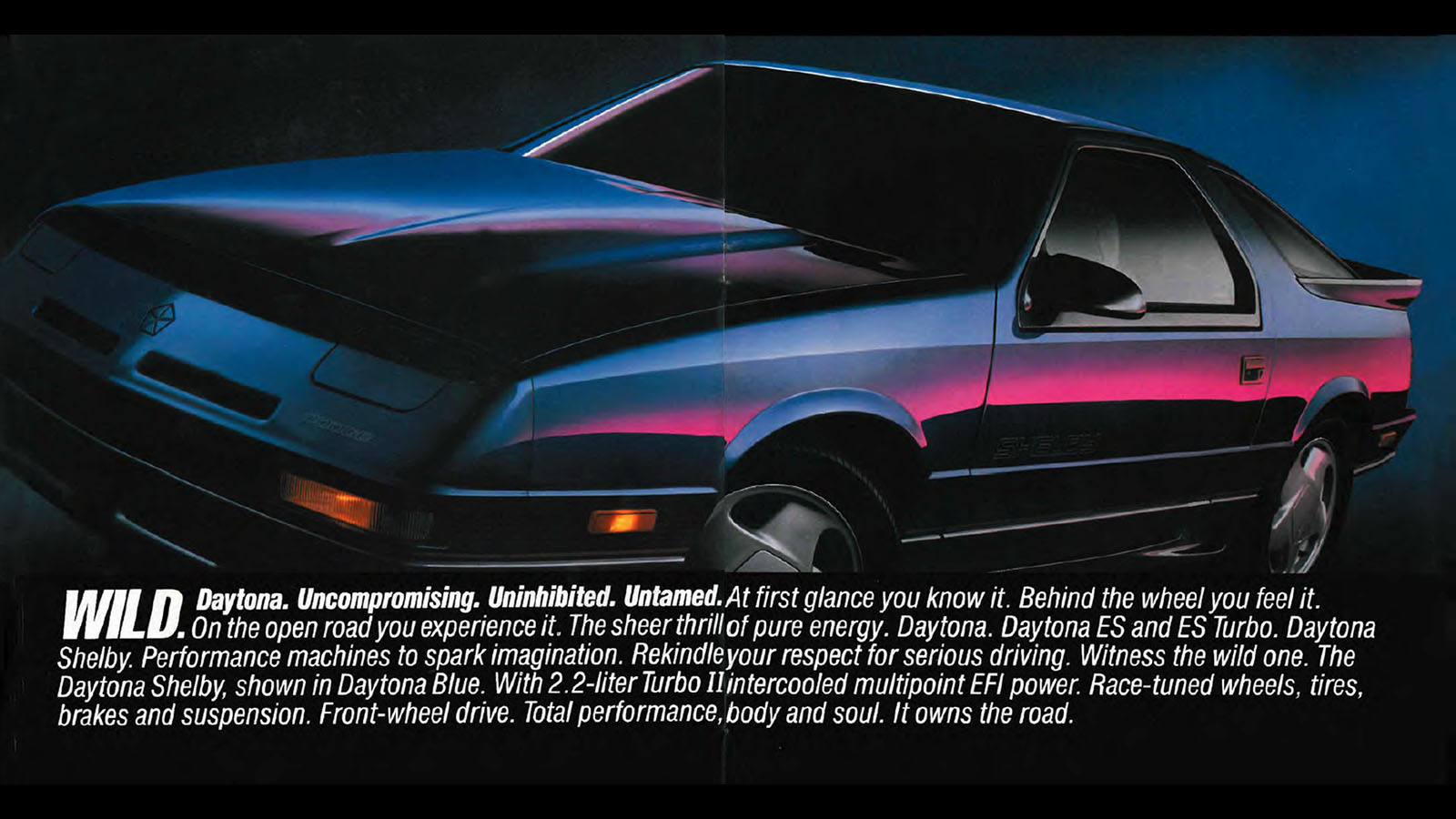 These cars scored pretty high on the Detroit Badass-O-Meter back in 1989, and here's a solid, rust-free Arizona one about to get crushed. Is nothing sacred?

Even when it's standing still, it'll blow you away.

Here's to you, America!