How To Quiet Or Replace A Squeaky Belt | Autoblog Wrenched

Autoblog Staff
Squeaky belts can be seriously annoying and potentially dangerous. It's important to change them to keep your car up-to-date. Here's how.

Watch all of our Autoblog Wrenched videos for more tips on how to diagnose, fix, and modify cars from professional detailer Larry Kosilla. While you're at it, check out Larry's other car cleaning and maintenance video series Autoblog Details!

[00:00:00] Squeaky belts can be seriously annoying and, as I found out, what sounds like one issue may be a problem with multiple components. Here are the tools you'll need for this job. Long handled ratchet, water, and replacement belt. I'm Larry Kosilla, pro detailer, and trainer for last 15 years. But when it comes to what's under the hood, I'm the student. Follow me as experts teach me how to diagnose, fix, and modify cars on Autoblog's Wrenched. There's nothing more annoying to me than a squeaky belt


[00:00:30] and I hate driving around like that. Is there anything I can do to fix it? - Well, there's a few things that could be going on that you can diagnose. So, let's look inside and find out if it's a loose belt or component that needs to be changed. - [Larry Voiceover] You'll need to do some of this repair while the engine is running so be very careful to avoid the engine fan. Touching the fan can cause serious injury. Some fans run constantly but some turn on only when the car reaches a certain temperature so be careful. There are four main reasons for squeaking or a chirping noise from your engine.


[00:01:00] Start the car and try to locate the sound as there are a few things to keep in mind as you're looking and listening. The first thing to check is for an old or damaged belt that shows cracks or other signs of wear. Even if the belt needs to be replaced, the wear may be a symptom of another issue so here's what to look for. Number one is a misaligned pulley. This is when one pulley is not on the same plane as the others causing the belt to rub. If the noise gets quieter for a few seconds, misalignment could be the likely source of the issue.


[00:01:30] With the engine off, you can get an eyeball measurement by using a ruler or other flat edge to see if side-by-side pulleys are on the same plane. On the other hand, with the engine running, you can spray a bit of water on the pulleys. If the noise gets quieter for a few seconds after spraying the water this could be a likely source of the issue. However, after measuring, looking for wobbles by eye, and spraying with water, this common but obvious issue, unfortunately, is not mine. If it was, I would need to realign the pulleys


[00:02:00] or find a mechanic who could. Culprit number two is fluid leaking from a nearby hose that's dripping on the belt itself causing it to squeak from the actual slippage. We didn't find anything on this car that would support that issue. Number three is too loose or a too tight belt. In other words, incorrect belt tension. This will cause the belt itself to break over time, sheer its teeth, crack, wear its edges, harden, or look polished and shiny, all of which is not good.


[00:02:30] The goal is to find a happy medium with just a little bit of play. You can also test for this issue by spraying water and listening for the sound to stay the same or even get worse. It might be worth pulling the belt off for a thorough inspection and possible replacement before adjusting the tension. Now number four is a bad bearing or pulley, which is not a quick fix and tends to be more expensive than a new belt or a realignment. For this test, it's necessary to remove the belt.

[00:03:00] Before you begin the removal process, make sure there's a diagram of the belt route in the engine compartment. Typically it's on the fan cowling. If not, draw a diagram of the belt or take a photo of the belt in place. Make sure the engine is off and cooled down so the fan doesn't automatically turn on while you're working. You may be able to reach the belt tensioner from the top of the engine as we did in this car. If not, you'll need to lift the car, use jack stands, and work from below. Next, use the correct socket on the belt tensioner and


[00:03:30] push the pulley away from the belt releasing the pressure. At this point, the belt will be loosened and you can simply pull it off. - Now that the belt's off, we're gonna spin each pulley to feel if they're good or if there's any play. The water pump feels okay, alternator's okay. The pulley on the tensioner, you want to spin that and see if it sounds like an old skateboard wheel. If it does, you'll want to replace that. This one seems okay. And the AC compressor, yeah, that bearing isn't very good. I think this is also part of your problem


[00:04:00] besides the old belt. - [Larry Voiceover] Now that I know it's a bearing issue, I need to order a new AC compressor and secure time with my mechanic. Luckily, I can still drive my car with a little noise until I get the pulley replaced. Since the old belt is worn out and out of the car, I might as well change it while we're here. Quickly measure the old belt against the new belt to make sure it's the same size. Following the diagram or your picture, put the new belt on making sure the grooved side


[00:04:30] is against the grooved pulleys. Once the new belt is in place, release the pressure on the pulley tensioner. Then double-check the belt is seated on all the pulleys and start the car. - Alright, so how's it sound? - Well, the belt sounds great but the bearing on the AC compressor clutch is still bad. So, you can tell the difference in the noise, but the clutch is still rattling. - So I'm gonna have to get in and uh. - Make an appointment. - Make an appointment, alright. - Yeah.


[00:05:00] - [Larry Voiceover] As it turns out, my squeaky belt noise was not only the belt but the AC compressor bearing as well. What sounded like one noise ended up being two separate issues. Investigating abnormal sounds and squeaks can help you diagnose bigger engine problems before it leaves you stranded on the side of the road. For more how-to car repair videos, visit autoblog.com/wrenched. I'm Larry Kosilla from AMMONYC.com. As always, thanks for watching. 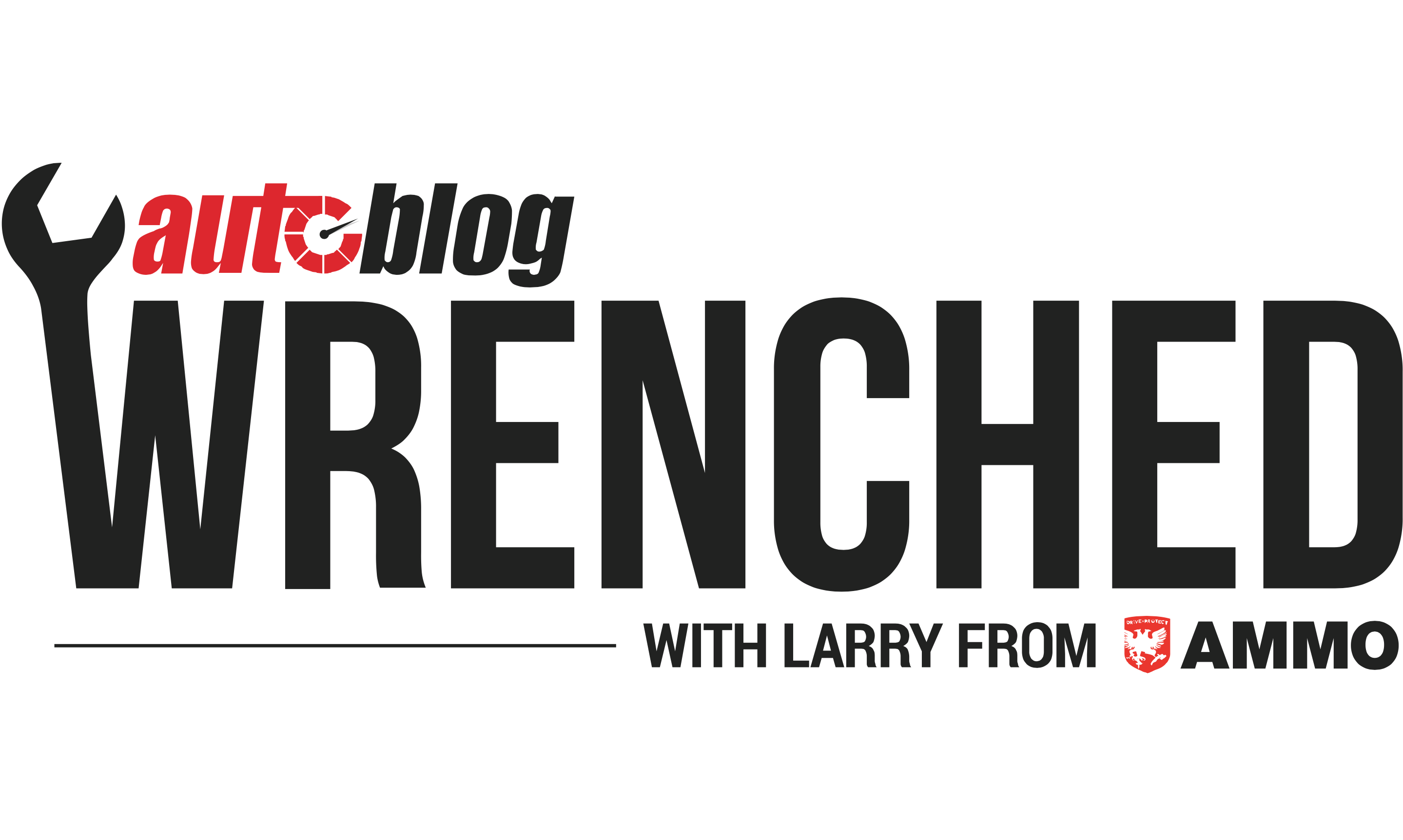