The Chevrolet Cruze hatchback has finally come to America. While the first-generation Cruze offered both hatchback and wagon variants, they only went to those lucky ducks overseas. Although American drivers have historically been more interested in sedans, the US car market is changing, with roughly 350,000 hatches being registered each year now. In offering the new Cruze hatchback here, Chevrolet hopes to take a chunk of that market.

Judging just from the exterior, the Cruze hatch has a good chance of snagging some sales. The already handsome front end finally gets the tail it deserved, solving the stylistic problem with the Cruze sedan – its trunk section looks a bit awkward and narrow compared to its low, wide nose. The hatch's wider, wraparound taillights and bumper-mounted license plate go a long way toward fixing that. The car also looks a bit more squat and athletic with its 7.4-inch-shorter rear overhang. Despite the shorter overall length, the hatch retains the sedan's 106.3-inch wheelbase and its passenger interior dimensions.

Those opting for the hatch over the four-door also get a natty little spoiler at the back regardless of whether they pick the LT or Premier trim. Opting for the RS package on top of either trim level will swap the spoiler for a larger one, while also subbing in more aggressive front and rear bumpers and adding side skirts. LT RS cars like the one we drove stick with their 16-inch wheels, while the Premier RS gets an upgrade from 17-inchers to 18s. 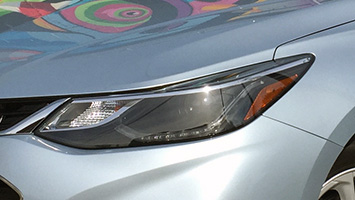 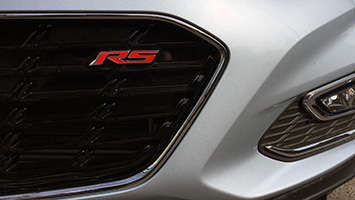 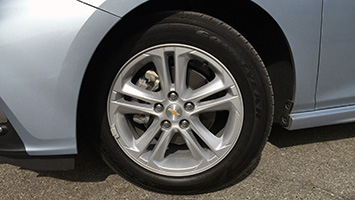 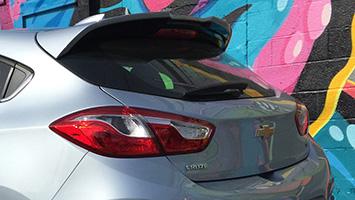 There isn't much new to report on the inside, since the hatch shares everything but its cargo hold with the sedan. The car still feels plenty roomy, and rear-seat passengers of most heights should have adequate legroom. For reference, with the driver's seat adjusted for our six-foot frame, we could still sit in back without our knees hitting the front seatback. We would like more consistent cushioning between front and back seats, though. The fronts have very thick and soft cushions, but not much support. The rear seats, especially their upright seatbacks, instead are quite firm.

Of course the real difference is measured in cargo space, of which there's plenty. Behind the rear seats is 22.7 cubic feet of room, which is about 7 more than in the sedan's trunk, depending on which four-door trim level you choose. Folding the hatch's seats down opens things up to the 47.2 cubic feet demonstrated in the video below.

The dashboard and other interior components are all put together nicely, with tight gaps and good fit. Every hatch comes with upholstered panels on the doors in either cloth or leather, which is a nice departure from the stitched or faux-stitched plastic panels that are so popular nowadays. All Cruzes also come with a touch–screen infotainment unit with either a 7.0-inch or 8.0-inch display.

So we've established that the hatch is the best-looking version of the Cruze, but how does it drive? If you ask the Chevy folks (and even if you don't), they'll use the phrase "fun to drive" to describe the hatch. In reality, this Cruze variant drives just as well as the sedan, but we wouldn't characterize either of them that way, at least not in the sporty sense. While most compact hatches get driver-focused tuning – often similar to a European suspension spec, but brought here – the Cruze basically mirrors its sedan counterpart.

The Cruze hatch, like its be-trunked sibling, packs a turbocharged 1.4-liter four-cylinder that makes a respectable 153 horsepower and 177 pound-feet of torque. (A diesel engine will be available on both body styles for 2018.) It's an impressively smooth and quiet engine, even when being caned on back roads and on-ramps. Chevrolet claims a 7.7-second 0–60 mph time, which is believable, as the car pulled solidly when putting the hammer down. However, it isn't a very playful powerplant. Throttle response is on the sluggish side, and the engine isn't eager to rev.

One item holding the Cruze hatch (and, yes, the sedan) back from being "fun to drive" is the automatic transmission. It shifts smoothly and quietly, but it's not quick by any measure. In full-auto, shift times are relaxed, but switch to manual mode and the response to a gear request is painfully slow – we're talking multiple seconds in some instances. There are no shift paddles, with "plus" and "minus" buttons on the top of the shifter instead accepting orders. We're not entirely sure why Chevy even bothered adding manual shifting.

Opting for the manual, like in the LT pictured here, improves things significantly. The shifter, while not world-class, does its job admirably, with easy-to-find gates. The clutch is light and easy to modulate, but the pedal travel is very long, and it lacks feel. However, the ability to quickly shift for yourself makes the experience much more enjoyable. 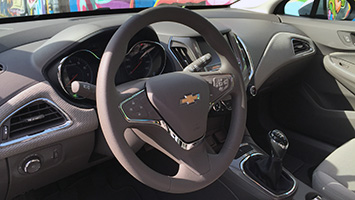 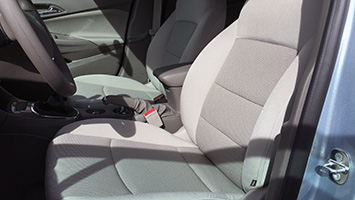 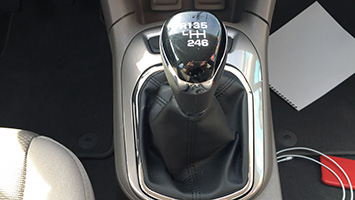 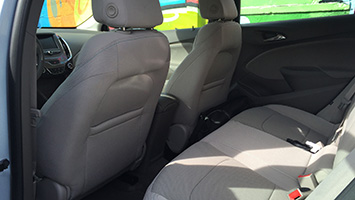 As with the powertrain, words like "refinement" and "smoothness" come to mind more often than "sporty" when discussing the hatch's ride and handling. Both the LT and Premier models handle securely in corners, and do so without much body roll. Over all types of road surfaces, the car feels quite composed and soaks up bumps well without becoming floaty. (The car is quiet, too, with the only exception being some pronounced road noise on some surfaces.) However, the Cruze hatch isn't eager to turn into corners, and the chassis certainly feels tuned to be safe and unflappable as opposed to agile and tail-happy. That isn't a bad thing, but, again, it's more of what we're used to with the sedan.

The steering supports this feeling – due to a lack of feeling. The electric power steering is weighted well – easy to use while not being overly light – but not much of anything comes through it. The good news is that the steering is nice and precise, making the Cruze easy to place on the road.

The comfort-oriented setup will be fine for most people, but Chevy does seem to recognize there's room for added driving fun, since it is offering a suspension package with firmer springs and a thicker front stabilizer bar in the GM Performance Parts catalog. A cold-air intake, a brake kit, and an exhaust with an engine tune are due later. So you can get a fun Cruze – you just have to work a little for it. 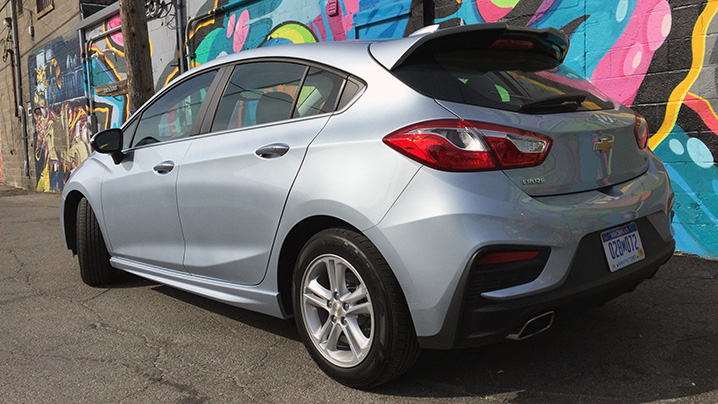 Anyone pricing the comfort-oriented Cruze hatch against its competitors will notice it seems more expensive, as well. That's in part because the hatch skips the L and LS trim levels available on the sedan and goes straight to LT and Premier. The LT hatch starts at $22,115, which is $1,090 more than a comparable four-door. Several of the Cruze hatch's competitors – VW Golf, Subaru Impreza, Honda Civic, Ford Focus, and Mazda3 – all start under $21,000 with less equipment. Not offering a budget Cruze hatch may drive buyers to other companies, but it could be Chevy's way of putting feelers out into the hatch market to see sales potential without fully committing. Or maybe the company hopes sedan shoppers will want the handsome hatch enough to pony up for it.

If we were choosing a Cruze model, the hatchback would be the obvious pick. No, the five-door isn't some exciting hot hatch. But it's just as pleasant to be in and drive as the sedan, with better looks and a more useful cargo area. So it fulfills the hatch promise without breaking new ground. Maybe we'll be a little more specific next time we ask a company to bring a hatchback to America.