Domenick Yoney
After years of racing to get its Redshift electric motorcycles to market – doing research and design, prototyping, experiencing delays, re-designing, testing, more delays, securing financial backing and setting up its new facility – Alta Motors has finally made it ... to the starting line. Job One, getting its specialized bikes that are engineered to compete against traditional 250cc racers, from the factory floor into a customer's eagerly-waiting hands, happened last Friday. Sure, the company actually delivered its very first bike way back in December of 2015, but now, finally, production is standardized, serial, and ramping up. To paraphrase a certain Mr. Martin Lawrence: shizzle just got rizzle.


Alta Motors has finally made it ... to the starting line.

To celebrate the occasion, Alta hasn't taken out full-page newspaper ads or struck up any parades. They've been much too busy doing things like giving our Translogic team some quality seat time and setting up their dealer network – they will soon have locations in all the major West Coast cities, along with New York in the East. They've also invited our pals from Tech Crunch onto their Brisbane, California premises to ask questions and take a look around, the video results of which await below.

And, on top of all that, they've put together a time lapse movie of a Redshift MX being assembled, which you can watch above. In it, we can see what the labor-intensive process of hand-building an MX model entails (note: the slick tire on the back is temporary, to accommodate performance validation on a dynamometer).

The whole process starts with the proprietary permanent magnet, liquid-cooled motor and reduction gearing being installed into the cast aluminum housing referred to, in-house, as the bulkhead. From there, other structural elements, the battery, and electronic controls are attached. All of these components are the result of Alta's own design and engineering. Later, the parts that connect to the ground are added: suspension, front and rear, from WP; wheels from Warp 9 Racing; Brembo brakes – all quality stuff. The finished result is a battery-powered piece of art and, we imagine,a happy customer.

Roll out is expected to be somewhat slow as the production process ramps up and, as the company has a significant order backlog and dealer demo fleet to take care of, new customers probably won't be able to take delivery for some months. Still, if this is the sort of machine that scratches your two-wheeled itch, $100 refundable deposits are being accepted on the Alta website to secure your place in line.

If you need more of a "hand-ons" experience to convince you to drop a not-insignificant wad of cash – the off-road MX lists at $14,995, while the street-legal SM costs $13,945 – we're told the demo bikes will be making the rounds to dealers this Fall.

To watch the Redshift earn its racing bona fides, keep your eyes on the upcoming Transworld Endurocross series stop in Scottsdale, Arizona on the 24th of September, where, we understand, they plan to go head-to-head against some stiff competition. If past experience is any indication, it should show quite nicely. 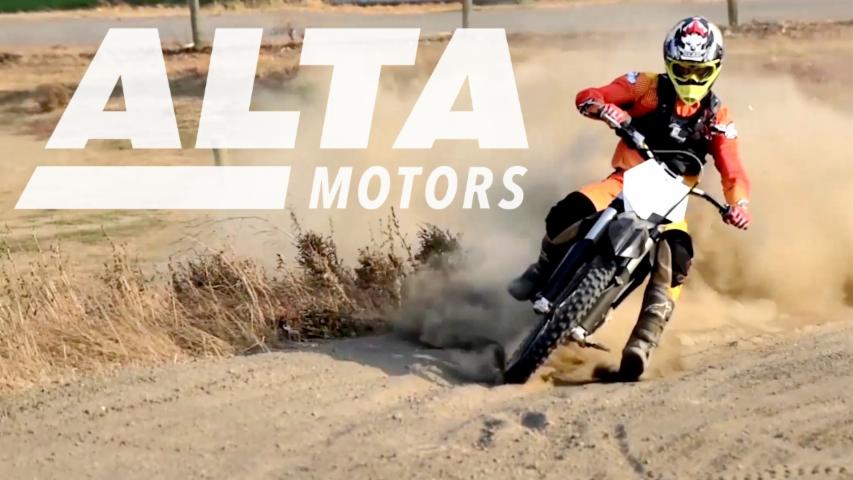