Ferrari's brilliant getaways at the Australian Grand Prix were key to its early victory challenge – and could well be the result of a unique approach to new start restrictions that Giorgio Piola has uncovered.

Although Mercedes locked out the front row of the grid in Melbourne, it was a sensational getaway from Sebastian Vettel that helped the German swoop into the lead by the first corner.

As team boss Maurizio Arrivabene said: "The start was super. I have to say both of the drivers, they start like two rockets. After that they were able to take an advantage, and that was good for us."

Such great starts from Ferrari are nothing new – just look at Hungary last year – but as Piola's exclusive drawing reveals, the team may well have taken things to an all-new level in ensuring it does not miss any detail in this area. 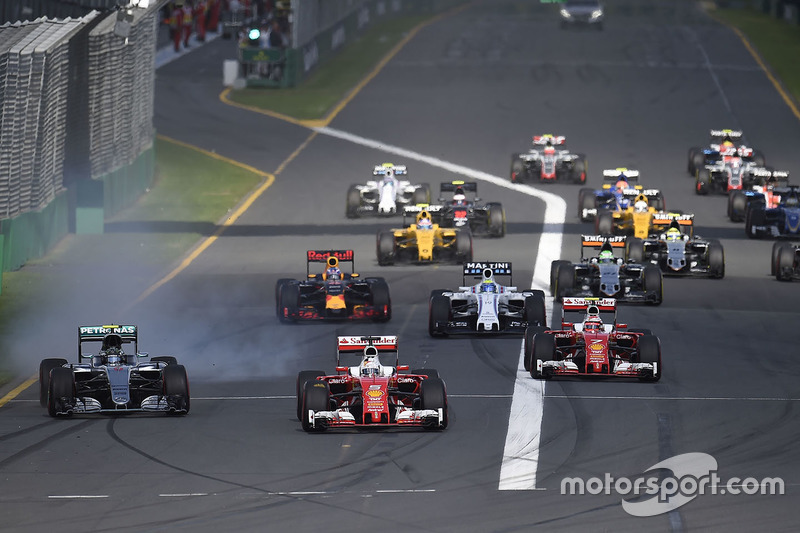 As early as pre-season testing, rivals had been alerted about what Ferrari was capable of by monitoring data from Barcelona.

Red Bull boss Christian Horner said: "We saw that in pre-season testing their starts have been really strong."

Even ahead of the race, there were rumours that Ferrari knew it would excel in this area. Its decision to not do a second run in Melbourne's Q3 was mainly fuelled by its desire to save a set of super soft tyres for the race.

But another suggestion also emerged – that the team knew just how good its starts were so securing the second row of the grid was good enough for it to believe it had a shout of the lead on the first lap. 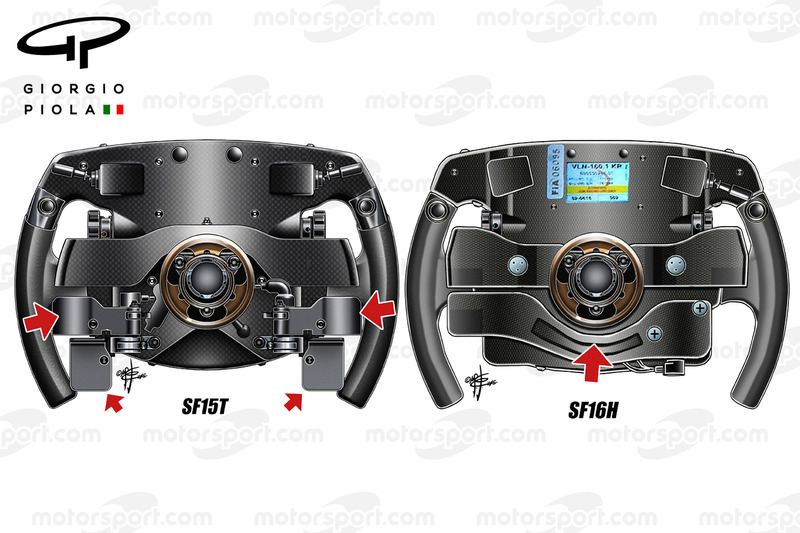 As Piola's comparison of Ferrari's 2015 and 2016 steering wheel arrangement shows, the team has been the most aggressive in changing its clutch configuration for this year.

New rules mean that drivers can only use a single hand on a single clutch paddle for the race start – even if teams choose to keep a double-paddle arrangement for emergencies.

Ferrari has opted for something totally different to its main rivals by abandoning a double paddle arrangement (see red arrows on above left image). Instead, it has a single 'rocker' paddle that stretches all the way across the back of the wheel.

Investing in such a dramatic design change clearly points to it having unlocked a decent performance advantage.

The exact reasons for this configuration are unclear, but it may be that it allows the driver a greater feel for the clutch bite point – and means he is better able to judge how to deliver the perfect getaway.

If you ally that to Ferrari's known behaviour of being aggressive with race start engine maps - the same ones that are used after pit stops and have caught Kimi Raikkonen out in the past – the combination could be well lift it well clear of the opposition. 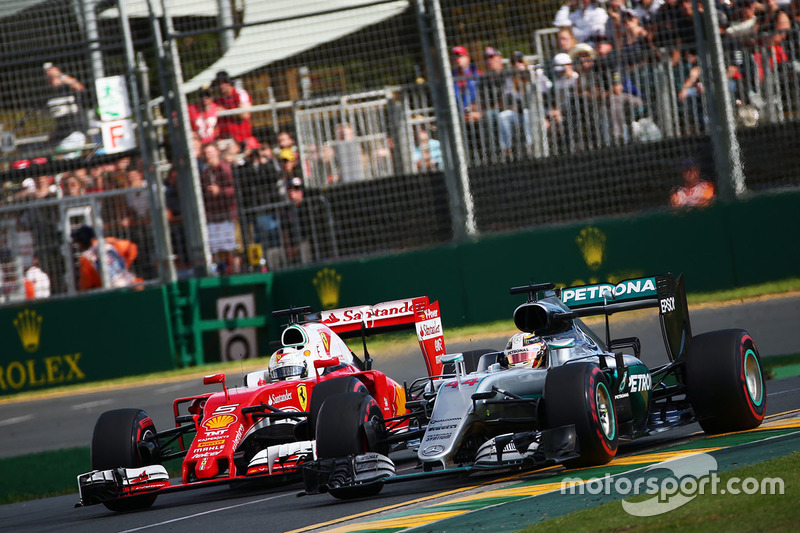 It will be fascinating to see if Ferrari can repeat its Australian GP getaway in Bahrain – as rivals will now be looking deeply at what happened in Melbourne.

Mercedes in particular will have to work out how it managed to get overtaken by both Ferraris on a relatively short run down to Turn 1 in Australia.

Speaking earlier this week, Mercedes executive director Paddy Lowe said that there was not a simple explanation for why Lewis Hamilton and Nico Rosberg had not been a match for Ferrari off the line.

"There's not some single disaster that went on that we need to go analyse," Lowe told Motorsport.com.

"I think it was probably a number of things combining to create some fairly poor starts. You have to say the objective of the regulation change, or reinterpretation in fact, is to make the starts more variable.

"And that's what we've seen [in the race]. So that was something that was well considered in advance."

This story by Jonathan Noble originally appeared on Motorsport.com, the world's leader in auto racing news, photos, and video.