Your spotters guide to the 2016 Chicago Auto Show

Here's what to look for in the Windy City this week.

Steven J. Ewing
Despite being billed as "the nation's largest auto show," we're expecting a pretty calm couple of days in Chicago this week. That "largest" statement refers to the show's sheer size in square footage – McCormick Place is huge, and during public week, an incredible number of people pass through the halls to check out all the new metal on display.

In terms of new product debuts, however, there's not a ton to talk about. Not like last month's Detroit Auto Show, anyway. Still, Chicago is an important show, and there are a number of exciting things tipped to debut in the Windy City this week. Here's what you should look for, and when. (Note: All listed debut times are in Central Standard Time.) 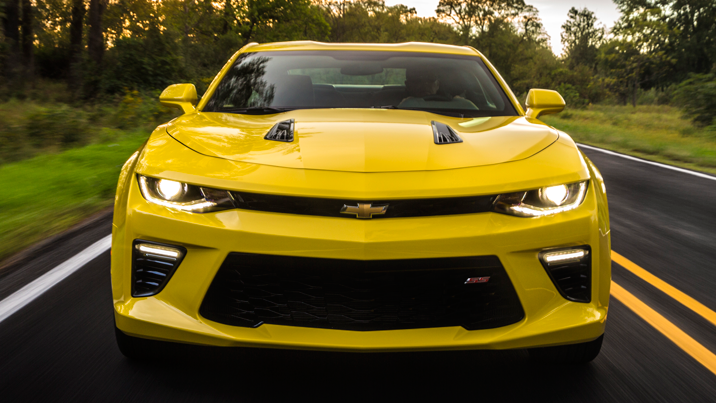 There have been a number of reports indicating Chevrolet will bring a new Camaro 1LE to Chicago. Our own intel lines up with these rumors; we fully expect to see a more hardcore version of the sixth-generation Camaro show its face in the Windy City. Look for some slightly revised exterior work, an upgraded suspension, and the 6.2-liter naturally aspirated V8 from the Camaro SS .

Additionally, the compact Trax crossover is due for an update, and will likely bow in Chicago. We don't know exactly what's in store for the Trax in terms of a redesign, but the recently refreshed Opel Mokka – the Trax and Buick Encore's European cousin – might give us a few hints. 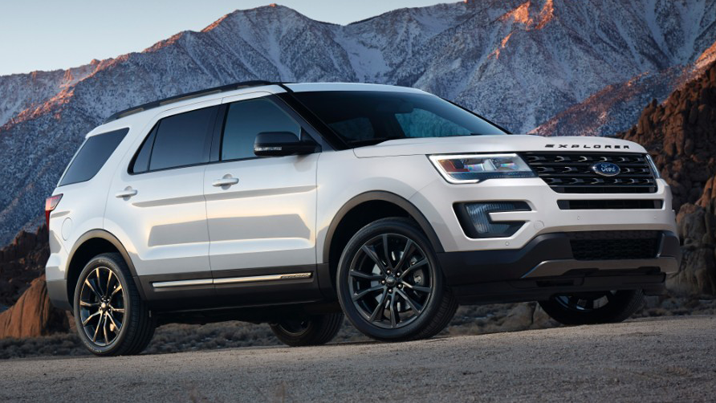 Ford will show two special versions of its Explorer crossover. The first is a 2017 Explorer XLT with a new sport appearance package, which includes 20-inch black wheels, a unique grille, suede door inserts, and more. Think of it as an Explorer Sport without the big engine.

Additionally, Ford will show its wheelchair-accessible Explorer, the BraunAbility MXV. We first saw this last year, but Ford will display it publicly at the Chicago show. 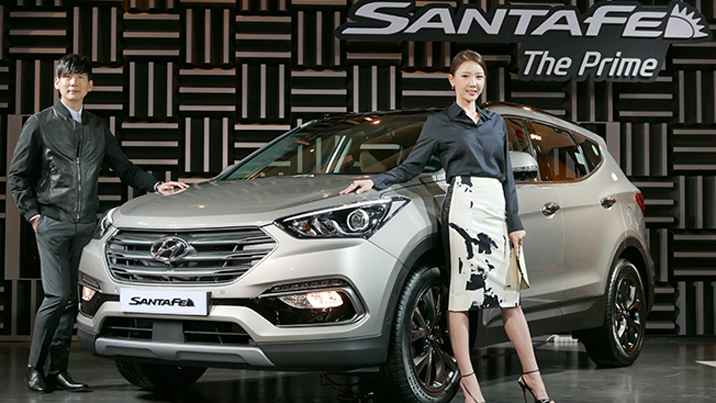 It's been nearly four years since the current-generation Hyundai Santa Fe showed its face. And since Hyundai is more than likely using the more important New York Auto Show to tell us more about its newly launched Genesis brand, a facelifted version of the Santa Fe (and five-passenger Santa Fe Sport) makes sense for a Chicago debut. Automotive News seems to agree. An updated Santa Fe launched in Hyundai's home market last year (pictured above), and we expect a similar freshening for this new version. 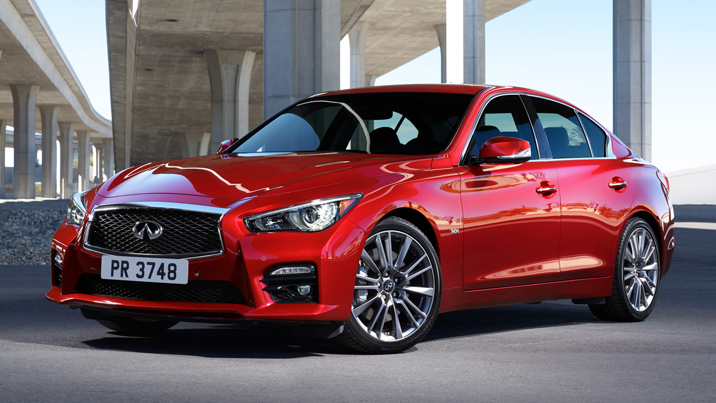 Before the Detroit Auto Show, Infiniti showed its Q50 sedan with a 400-horsepower, 3.0-liter, twin-turbo V6. But that's not the only new engine in store for the midsize sedan. Both a 2.0-liter turbo-four and 300-hp version of the twin-turbo V6 will be offered, and Infiniti is bringing the whole Q50 range to the Chicago show. 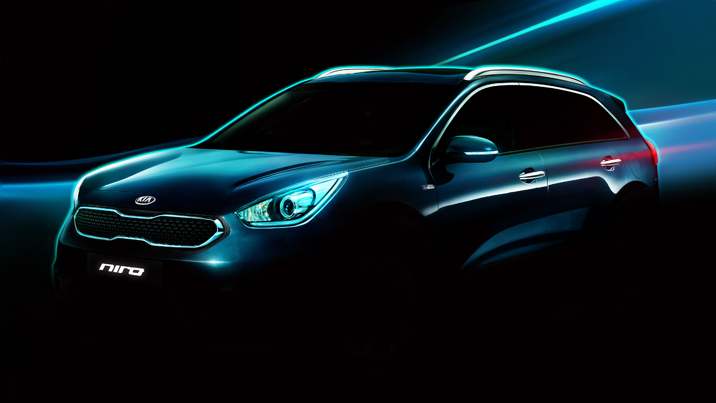 Kia's got a brand-new compact crossover in the works, and it's making its world debut in Chicago. Called Niro, the small CUV features a hybrid drivetrain and rides on Kia's new compact eco-car platform. This should compete with segment-boomers like the Honda HR-V, Jeep Renegade, and Mazda CX-3, but will offer hybrid-only power (for now, we assume).

Of course, Chicago is a show where special editions and new trim levels thrive, so we won't be surprised to see updated versions of existing Kia models. Optima Hybrid, perhaps? 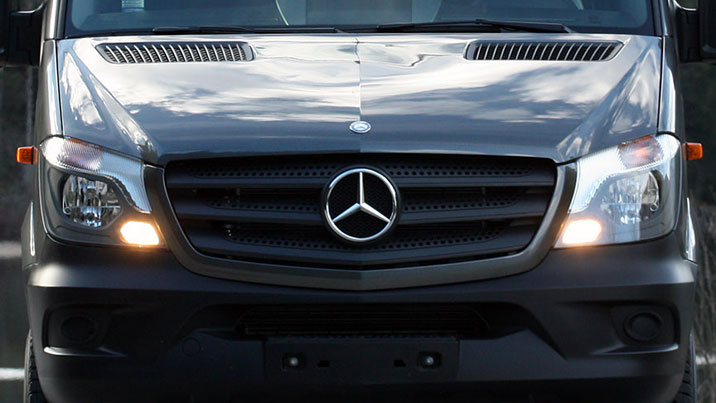 In the past, Chicago was kind of a truck show. So what's Mercedes-Benz doing? Rumor has it a new Sprinter-based product will be unveiled. It's probably too much to ask for a pickup variant – or even the new, long-rumored Mercedes truck – so perhaps a special edition or new trim level is in store for the Chicago debut. 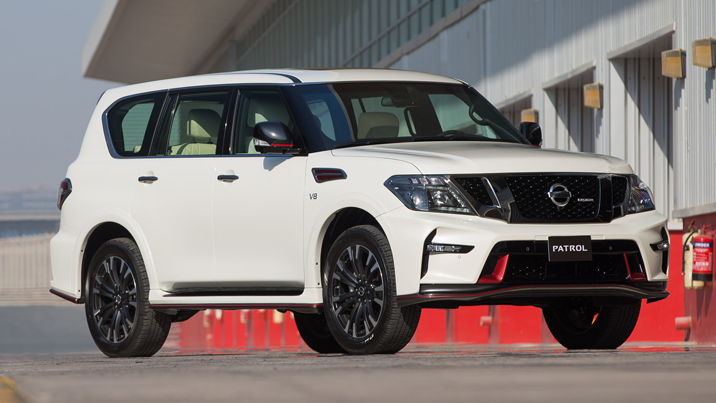 Continuing with that truck show theme, there's a good chance we'll hear something related to the Nissan Titan. The diesel-powered XD is currently on sale, but Nissan says gasoline versions are on the way, as well as regular-strength, non-XD trims. We have yet to see any of those, so it stands to reason that one might show up in Chicago.

Of course, we might see something totally different. Some news surrounding the Armada suggests it's about to get a refresh, and given the low-volume status of that vehicle, a Chicago debut seems likely. Rumor has it the next-generation Armada will move off the old Titan chassis and onto the global Patrol SUV platform (pictured above), just like the Infiniti QX80. 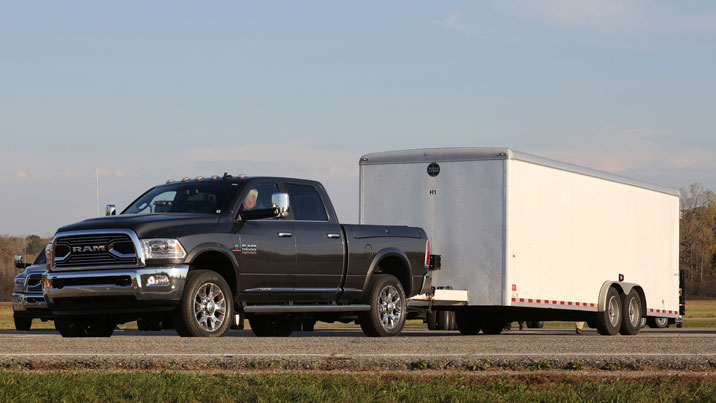 Given FCA boss Sergio Marchionne's commitment to putting Jeep and Ram before the company's other brands, a pickup truck debut seems logical for the Chicago show. We've already seen new versions of the 1500 light-duty pickup, so perhaps its time for the Heavy Duty models to get a nice nip/tuck. We're certainly not holding our breath for any all-new Ram variants just yet, so a freshening of some sort sounds right to us. 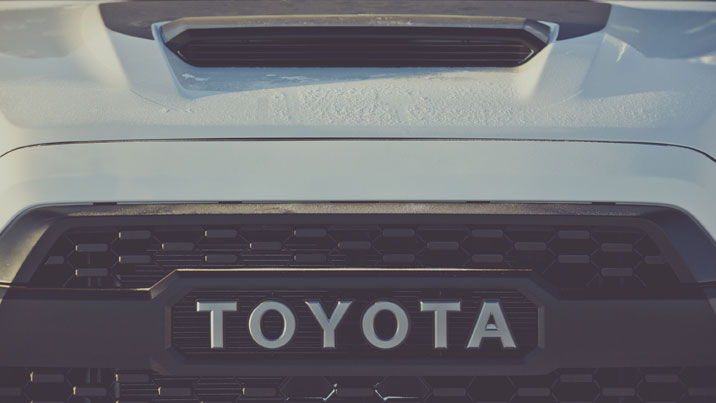 Toyota released a teaser image Tuesday, and while it doesn't reveal much, it's clearly some sort of new Tacoma. Our best guess is a TRD Pro off-road model – the lettering on the grille is similar to that of the TRD Pro versions of the Tacoma, Tundra, and 4Runner that debuted at the Chicago show in 2014. Toyota already makes TRD-badged versions of the Tacoma, so a full-on Pro model seems like a logical addition.
X