What does a million-mile car really tell us?

Steven Lang
A million miles. Nearly every car brand and motor oil company plays the million-mile marketing racket at some point. The typical recipe is to take a car that experienced a ton of low-stress highway miles, and make it a rolling testament to the long-term qualities of whatever reputation you're trying to prop up. Saab, Lincoln, Toyota, Honda, Ford, Chrysler. It's a tired game that I would normally just consider one of the pointless ranking exercises of our time.

But the truth is, when it comes to a car's longevity, it's almost always the owner that makes the real difference, not the brand. Like a pitcher at a baseball game, the owner mostly determines the victories and the defeats for his car. Some specific models are the basement dwellers of our time – I'm looking at you, Chrysler car with the 2.7-liter engine! But a lot of cars and trucks hit right around the average that is a powertrain whose longevity is mainly determined by that person who turns the key and hopefully learns that patient art of long-term ownership.

The best owners are the ones who deserve the attention. So with that in mind, let me introduce you to Matt Farah's Million Mile Lexus.

This Lexus could be written off as another cynical marketing exercise in this business, performed by those who didn't do the real driving in the past and have no plans at all on doing the bulk of the driving in the future. Matt's actually doing a few things that are genuinely cool, though. Letting other auto journalists and enthusiasts drive it along the way and giving Regular Car Reviews a crack at it. Focusing on the rare virtues of the first-generation Lexus, which, to be frank, can out-diesel a diesel. There is a great story to be had with this car.

This isn't a car that was "going to the junkyard" and magically given the kiss of life.


That story is far more vast than a guy who bought a high-mileage car in great overall condition. This isn't a car that was " going to the junkyard" and magically given the kiss of life so that it can endure the ages. This Lexus, like all other high-mileage models worthy of our love, has been given one hell of a good maintenance regimen by the prior owners. It was taken care of and primarily maintained at the dealership, where it probably received the best parts and service, thanks in enormous part to owners who were willing to pay that exorbitantly high bill.

That's one of the major ingredients that makes the difference here. Another is the unique engineering developments that went into the first-generation Lexus. From where I stand, that's where the real story lies on this 900,000-plus-mile car. 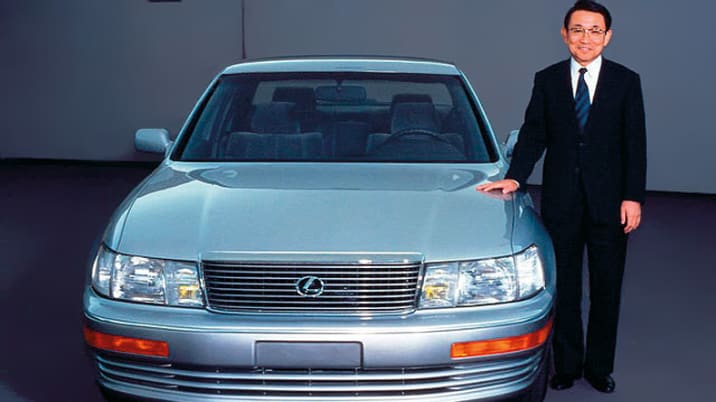 The lead engineer for the Lexus LS400, Ichiro Suzuki, orchestrated the development of what would become known as "Lexus Musts." These were design and engineering goals that, according to the book The Toyota Way, are a series of "no-compromise goals" that often seemed to be directly at odds with each other.

For example, the ability of the dashboard and seats of the Lexus LS400 to withstand severe heat and abuse while also offering the soft high-quality touches of a high-end luxury vehicle. This nuance would eventually be adapted to the Toyota Avalon and Lexus ES300 by the late 1990s.

What stays enduring are the teams of engineers and chemists who have made that longevity possible.


These types of advancements are what make an owner want to keep a car, and a brand, for the long haul. It makes them apostles, proselytizers of the brand and model who hopefully give the company a reputation they truly deserve. Sometimes the manufacturer honors that arrangement, and sometimes excessive cost cutting leads to disappointment. But what stays enduring are the teams of engineers and chemists who have made that longevity possible.

I don't look at what Matt is doing as the equivalent of watching a fantastic athlete run a marathon, buying their marathon tag at the 24-mile mark, and letting their friends run the next couple of miles with that tag while saving the last quarter-mile for themselves. The real story here is a group of car lovers who made this Lexus possible. Prior owners, the team that built it, and even a lot of good souls who helped guide this Lexus on its final leg to this achievement. I think it would be cool if Ichiro Suzuki got to drive this car. Or, better yet, own it once it got to the million-mile mark.

An enduring testament should always begin and end with those who made it possible. And regardless of the fact that Matt Farah wasn't the guy who drove it all those miles, or built it for that matter, I do have to give him special props for making this million-mile car a reality. Every enthusiast dreams of making a great car a keeper that lasts through the ages. In this case, that dream became a Lexus.

Now it's your turn. What car would you want if time and circumstance required you to drive a million miles over, let's say, 20 years? Keep in mind, you pay the bills!