Chris Bruce
The Chrysler 300 SRT is officially dead here in the US, but the sedan's big V8 continues to rumble in a handful of other markets around the world. In fact, the model just received a refresh abroad to fit the standard version's recently updated styling. According to Car and Driver, customers in countries like Australia, Japan, South Africa, South Korea, and a few other places can stop by their local Chrysler dealer soon to pick up some of this imported muscle.

For the refresh, the 300 SRT's 6.4-liter V8 remains under the hood producing 470 horsepower, and it's now hooked up to an eight-speed automatic gearbox. The styling also gets some updates like LED lights in the lower air dam, a reshaped mesh grille with the SRT logo, and a simplified design for the taillights.

If it seems odd to go to the work of updating the 300 SRT's styling, while killing off the model in the US, the reason has to do with FCA's brand strategy here. Dodge is supposed to be the automaker's performance marque in America, and according to Car and Driver, Jeep gets to keep SRT branding on the Grand Cherokee because of the brawny SUV's popularity. That might not last much longer, because reports suggest a Hellcat-powered Trackhawk is on the way. 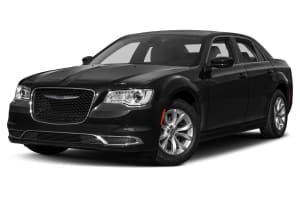