Looking back on our favorite cars of Mad Men

From Lincoln To Jaguar To Z/28, The AMC Series Was A Car-Spotter's Dream

Seyth Miersma
The second half of the seventh and final season of Mad Men debuted this week, set to cap a run of public and critical acclaim. A decade's worth of interesting cars also made for good television, if you were paying attention. Vehicles didn't often steal the spotlight from Don, Betty, Roger, Joan and the gang, but they added meaningfully to the tone and beauty of the series.

We sorted through the wheeled extras from Mad Men's archives, and choose some of our favorites to highlight. The list consists of cars that had at least a small impact on the plot of an episode, though certainly there are worthy gems hiding in just about every street and driving scene.

Check out our subjective top five, and then let us know which of the Mad Men cars would be on your list. 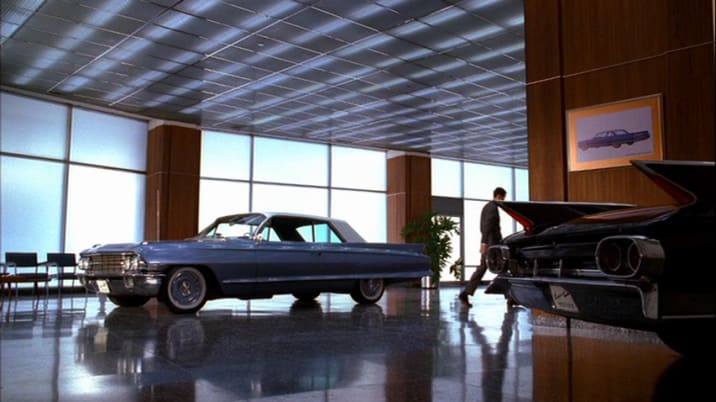 Don Draper's Cadillac Coupe DeVille, all 500 feet of it, shows up in a few seasons of the show, but it's the first appearance that sets the tone.

A Cadillac salesman, cut from the same cloth as Draper, asks what Don drives right now. "A Dodge," Don admits. "Those are wonderful if you want to get somewhere," allows the salesman, "this is for when you've already arrived."

For a man on the move up corporate and social ladders that's a powerful message, and a pitch-perfect car.
1961 Lincoln Continental – Season 3 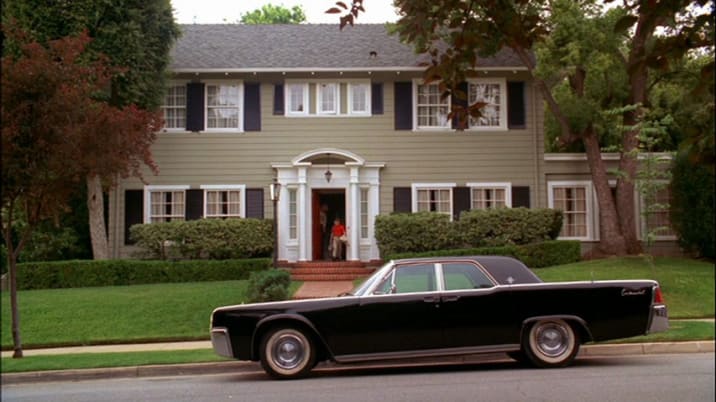 The most stylish Lincoln Continental ever is perfect set dressing for the mod show, of course. Though it's interesting that the car isn't cast as dapper Draper's ride, but rather his father-in-law's.

Grandpa Gene does what all great grandfathers are bound to: lets his granddaughter Sally drive the big Lincoln while he works the pedals. Generational bond secured, in fine fashion.

When you go back through the first three seasons of the show, you'll notice that Continentals show up more than once, too. There's nothing quite like them to evoke the best of the early '60s.
1963 John Deere 110 – Season 3 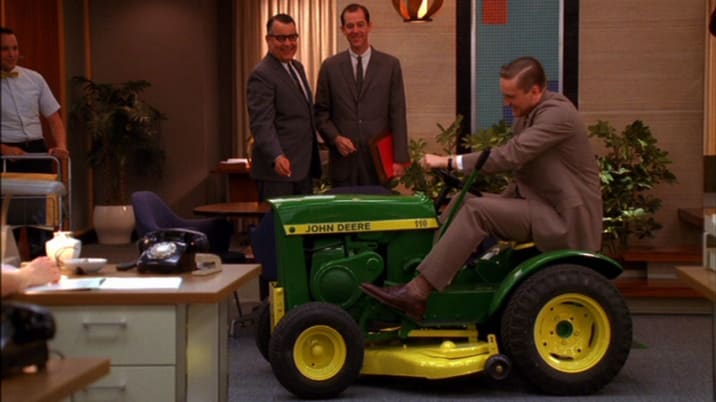 The only non-standard passenger vehicle on the list, no self-respecting gearhead/ Mad Men fan should quibble with the inclusion of the John Deere 110 riding mower.

For starters, the Deere is lovely to look at; a miniature version of the American Heartland icon in its green and yellow duds. The 110 appears as if milled from a solid block of steel, just the opposite of today's sleek, plasticky lawn minders (we're scouring Craigslist for one to bring home).

The John Deere also has dear ramifications to the plot, too. Lane Pryce's role on the show would've been a lot shorter without it, and Guy MacKendrick spared a life-changing trip to the emergency room.
1964 Jaguar XK-E – Season 5 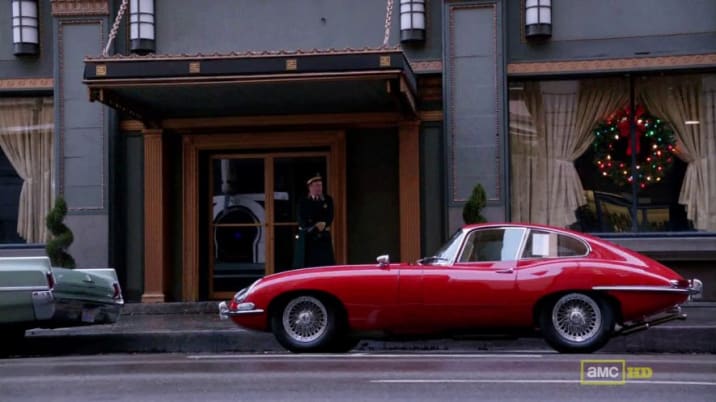 E-Type Jaguars played a big roll in Season 5, as the hustlers of Sterling Cooper Draper Pryce land the British brand.

In Episode 10, Don and Joan visit the Jag dealership to do some research, and end up driving the drop-dead gorgeous XK-E to a bar to drink and flirt. Shocker. Later in the season Lane Pryce is given a gift of an E-Type by his wife, who doesn't realize they really can't afford it (spoiler alert: he doesn't take it well).

Be honest, from the very first episode of Mad Men, you knew they were going to work in a big part for the most stylish car of the Sixties.
1969 Chevrolet Camaro Z/28 – Season 6 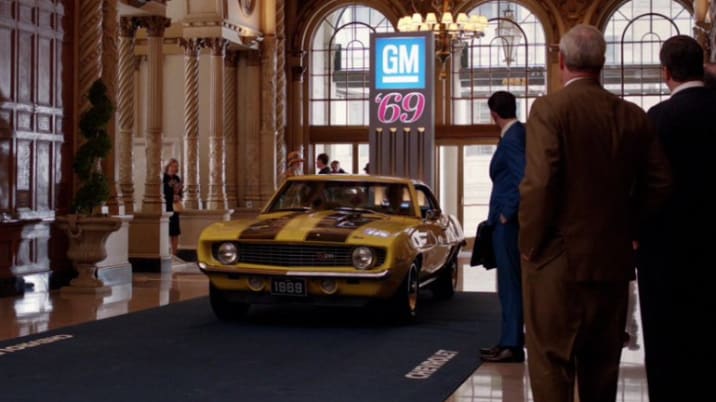 Learning how to drive a stick on the fly or in front of an audience isn't recommended. It's no fun day for Pete Campbell, then, learning on the no-doubt weighty clutch of the 1969 Chevy Camaro Z/28... in front of GM execs and his peers.

The legendary Camaro is involved in a side plot of intra-office sparring between Pete and the pesky Bob Benson, and makes for a special kind of Easter egg for in-the-know viewers. The car is only on screen for a few, mostly hilarious, moments, but it handsomely drives the action of the episode and the season.