Mercedes tends to keep its SL roadster around longer than most models. The previous fifth-generation machine was launched in 2001, underwent a facelift in 2009 and stuck around until 2012. That's when the current model was introduced, and before it's replaced, Benz is expected to roll out another facelifted version. And that seems to be exactly what we're looking at here.

Expected to arrive sometime in 2016 as a 2017 model, the updated SL will likely feature revised styling front and rear (along with updated interior equipment). This prototype appears to be wearing headlights from the new S-Class Coupe, which don't fit precisely, but then Daimler still has a couple of years to get everything just right. 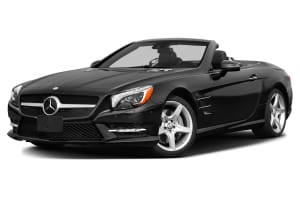