Watch Jimmy Kimmel become an Uber driver for an afternoon

Chris Bruce
Despite red tape and outright bans in some areas, on-demand taxi services like Uber and Lyft are becoming hugely popular ways to get a ride in bigger cities. So what's it like to drive for one of these services? Late-night talk show host Jimmy Kimmel wanted to find out with a dash of humor thrown in. He became a registered Uber driver and started picking up fares ... at least one, anyway.
Becoming an Uber driver requires owning a new-enough insured vehicle and passing a registration procedure that includes a background check. None of that was too daunting for Kimmel, and he hopped into something suitably innocuous – a Chevrolet Cruze – to try out an afternoon on the job.

We only get to see Kimmel interacting with one person, but his fare seems suitably surprised when he notices the celebrity driver. This isn't a bad idea for a bit, but we wouldn't mind seeing it go to the next level with someone like Jay Leno picking up people in some crazy machine from his garage. Check out the video to watch Kimmel trying out a new job. 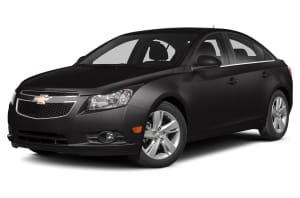