Scion exec admits brand has too many dealerships, may contract network

Despite being conceived by corporate giant Toyota, Scion painstakingly built its reputation on being something of an offbeat, youth-minded brand, working hard to establish individualist, almost hipster-like credentials. So it comes as something of a surprise to hear WardsAuto report that Scion has a whopping 1,000 dealers across America – just 200 fewer than Toyota itself. This, despite a much smaller product portfolio and a sliver of the sales volume.

All those factors may explain why Bill Fay, US group vice president for Toyota, is admitting to the industry publication that its dealer network "might actually go down a little bit." As it stands, the volume end of the equation is probably an even bigger incentive – Scion's sales are way down from the salad days of the mid-2000s, when the brand had fewer models but sold more of them. With the (then) white-hot xB and tC models, Scion shifted 173,034 units in 2006, while Ward's notes the marque's 2013 sales are only at 41,261 units through July. In the story, AutoPacific analyst Dave Sullivan observes that other low-volume brands have far fewer dealer points, noting that Mini has just 115 dealer points and Infiniti has 200. By Sullivan's estimate, he would expect to see 350-500 Scion stores based on its sales figures.

Dealer question aside, the bigger issue is where the brand goes from here, and Fay admits Toyota is studying a number of different strategies, including possibly going "small-premium." Nothing is finalized, though according to Ward's, Fay discounts the idea that the FR-S – the brand's sales bright spot – will drive the brand to consider a more driver-oriented lineup. 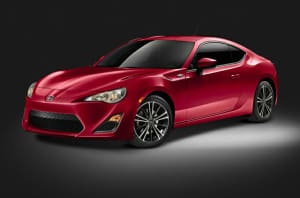