Zach Bowman
A New York man is accusing the New York Police Department of taking his Mercedes-Benz CL Coupe for a spin while he was locked up in jail. The New York Post reports 25-year-old Rashad Lewis was taken into custody on the third of August after officers stopped him for running several red lights. After searching his car, police found 13 fraudulent credit cards. Both Rashad and his passenger, Gregg Humphreys, were charged with criminal possession of a forged instrument and booked in Manhattan. Rashad eventually made bail and was released a week later, and on August 15, he received a ticket from a red light camera showing his car blowing through an intersection.

Except Rashad was cooling his heels in a New York City lockup at the time. Either the police or a civilian employee of the department was having a good time with the Mercedes-Benz. Even worse, the car came back with a broken rear window and scratched paint. Officers listed the car in "good" condition when it was deposited at impound, though the NYPD says Rashad didn't have any issues when he picked up the car five days later.

Rashad now says he wants to sell his car, and his lawyer has made it clear he has no intention of paying the red light camera fine. The NYPD has declined to comment on the incident. 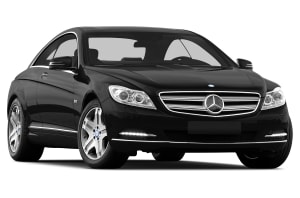