When does a mid-size sedan become a top-notch competitor to the Toyota Camry? The answer is apparently whenever said competitor begins stealing market share from America's top-selling sedan.

Bloomberg reports that Toyota North America Chairman Yoshimi Inaba called the Hyundai Sonata "a very honorable contender in the market" during an interview earlier this week. Inaba adds that Toyota has great respect for the strong-selling Hyundai, and we're guessing they're not the only automaker keeping an ever closer eye on Camp Hyundai. Sales of the Sonata soared by 35 percent in 2010 to 196,623 units. Meanwhile, 2010 Camry sales dropped by 31 percent to 327,804 units. To make matters worse for Toyota and the Camry, supply disruptions stemming from the March 11 earthquake and tsunami have further hurt Camry sales while the Sonata continues to attract new buyers. In fact, the Sonata outsold the Camry in May, in part because of Toyota's production issues.

But while the Sonata has been gaining on the Camry, that trend could reverse itself with an all-new Camry set to arrive later this year. Toyota President Akio Toyoda already told U.S. dealers in June that the new model will feature a more contemporary design, and we're hearing rumblings of a hugely improved interior, as well. 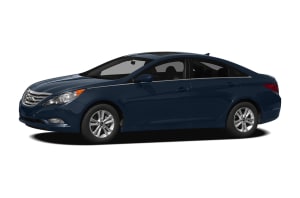