Aaron Richardson
Aaron Knudsen's mother was murdered last month by a former boyfriend, leaving Knudsen, 24, and his 17-year-old sister to pick up the pieces. Knudsen's mother, Denise Fransua, left behind a mountain of financial and legal paperwork, as well as a financed Toyota Camry.

According to Denver's CBS4, the Camry was impounded by the authorities for evidence collection, then released to Knudsen. When he went to pick the car up, however, the impound lot told him the car had been repossessed. Toyota wanted the $3,300 balance owed on the car up front, as well as the $1,000 impound fee before it would release the sedan.

Furious, Knudsen let the Facebook community know how he felt about the situation. Within days, Toyota had backed off, saying it was sorry for being insensitive and offering to waive the impound fee. The automaker also let Knudsen retrieve his mom's personal effects from the car, but still need the $3,300 left to pay off up front before the car is given back. As for Knudsen, he's reportedly still upset that it took a viral Facebook post for Toyota to do what he thinks is the right thing. 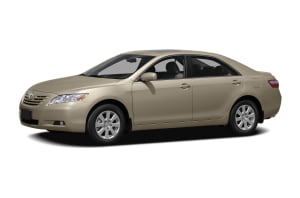