Dodge's sporty turbocharged convertible for 1985, now thrown away in Phoenix.

With Lee Iacocca firmly at the helm, the Chrysler Corporation in the middle 1980s had bounced back from what looked like certain doom in 1979, mostly due to the huge success of vehicles based on the versatile front-wheel-drive K Platform. The ordinary bread-and-butter Dodge-badged version of the K was the Aries, while the more upscale 600 attempted to steal some sales from sporty European sedans (by borrowing a bit of styling and badging from Mercedes-Benz). The top-of-the-line Dodge 600 for 1985 sported the ES Turbo package and a convertible top, and I found a rare example of such a car in a self-service yard in Phoenix, Arizona. 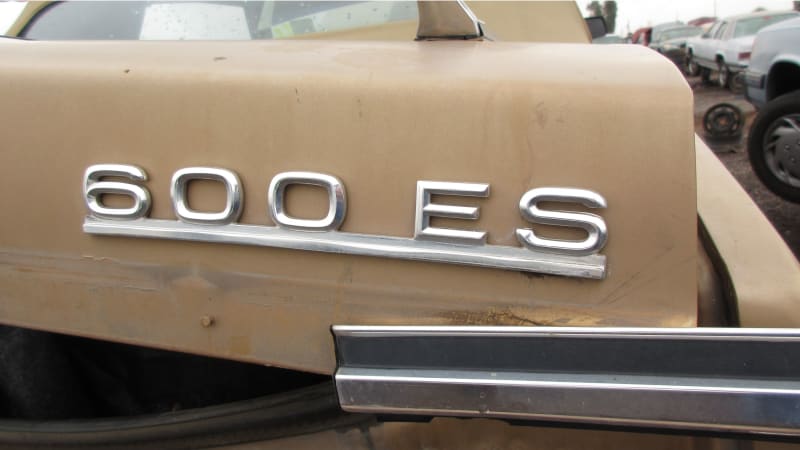 The Benz-ish Pentastar hood ornament is long gone from this car, but the Mercedes-esque decklid badging remains. 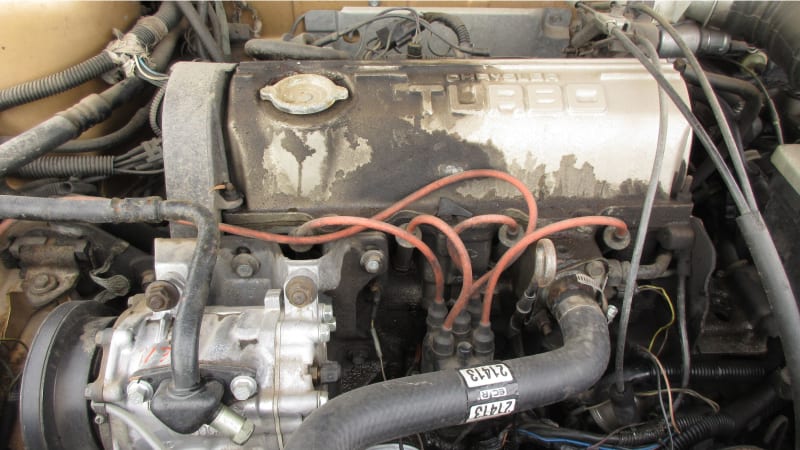 With the advent of electronic fuel injection in the 1980s, turbocharging systems finally worked pretty well in real-world driving. This car has a 2.2-liter turbo straight-four rated at 142 horsepower, which was pretty serious stuff in 1985. 600 buyers could get this engine with a 5-speed manual transmission, but this car has the three-speed automatic. 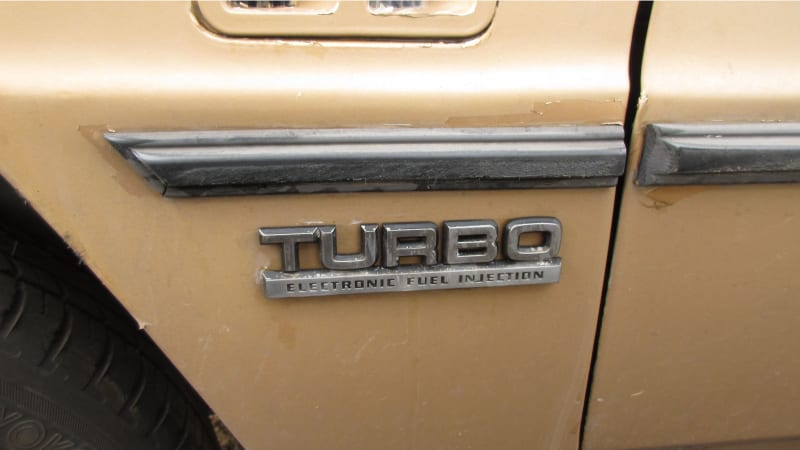 The word TURBO packed real magic in the middle 1980s, so most car companies with turbocharged engines went big with TURBO badging. 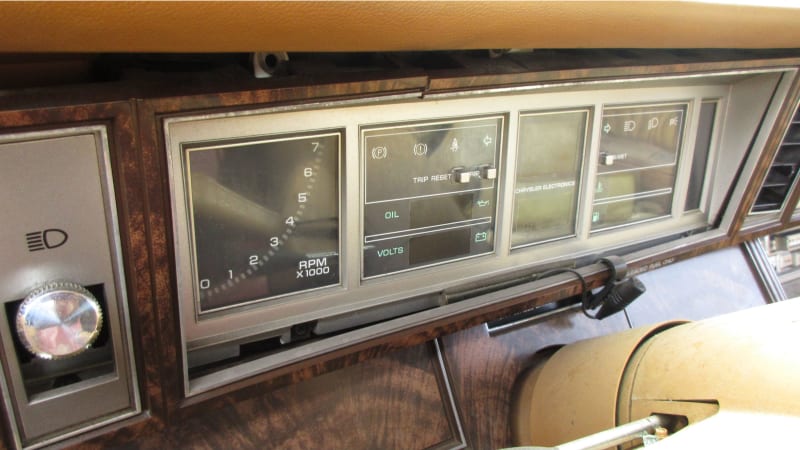 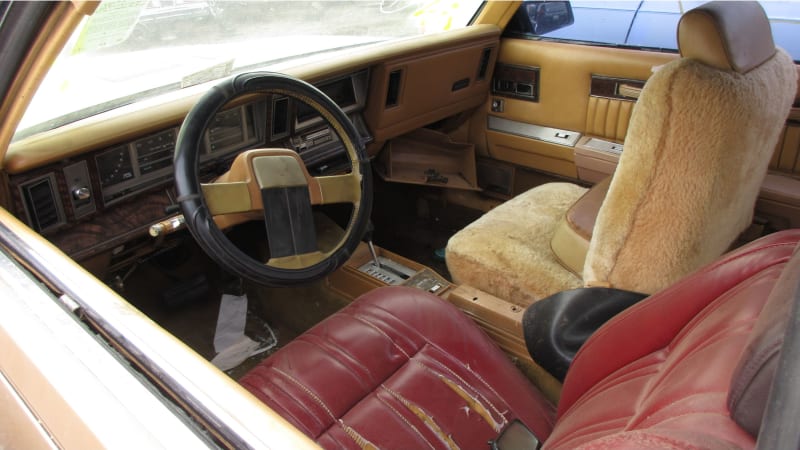 Even with the mismatched junkyard driver's seat swapped in, you can still get a sense of the fine Detroit-style luxury of the 600 ES Convertible when looking at the plush interior.

The dream is real!