Made when real trucks came from Fort Wayne, Indiana

The International Harvester Scout was a simple, sturdy four-wheel-drive steel box on wheels, built by an Indiana farm-equipment manufacturer and capable of dealing with pre-, mid-, and post-apocalyptic environments. Production ceased after the 1980 model year, but so many Scouts survive in Colorado that a few are bound to wear out and show up in wrecking yards. I see several discarded Scouts here every year, but our last Scout Junkyard Gem appeared more than two years back and we're due for another. 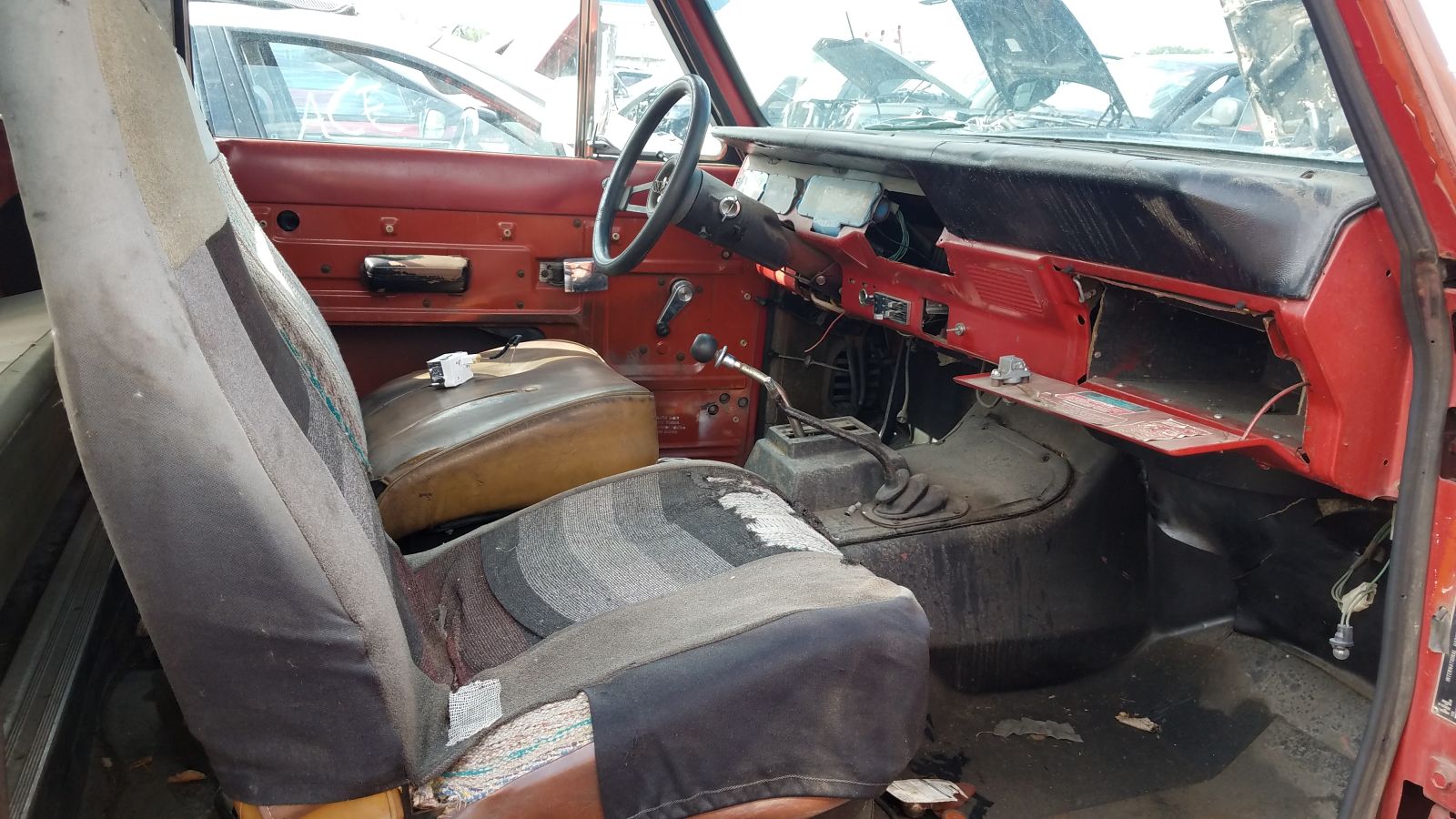 I tried to get the hood open, but the latch mechanism was frozen solid and I gave up after shredding most of my knuckles. Mostly I was hoping to see a rare 196-cubic-inch Comanche four-cylinder engine or Nissan diesel straight-six, but nearly all of the late-1970s Scouts had V8s (either 304 or 345 cubic inches) and quite a few received Ford or Chevrolet swaps when the original IHC engine died. Since this truck has the automatic transmission, a V8 is near-certain. 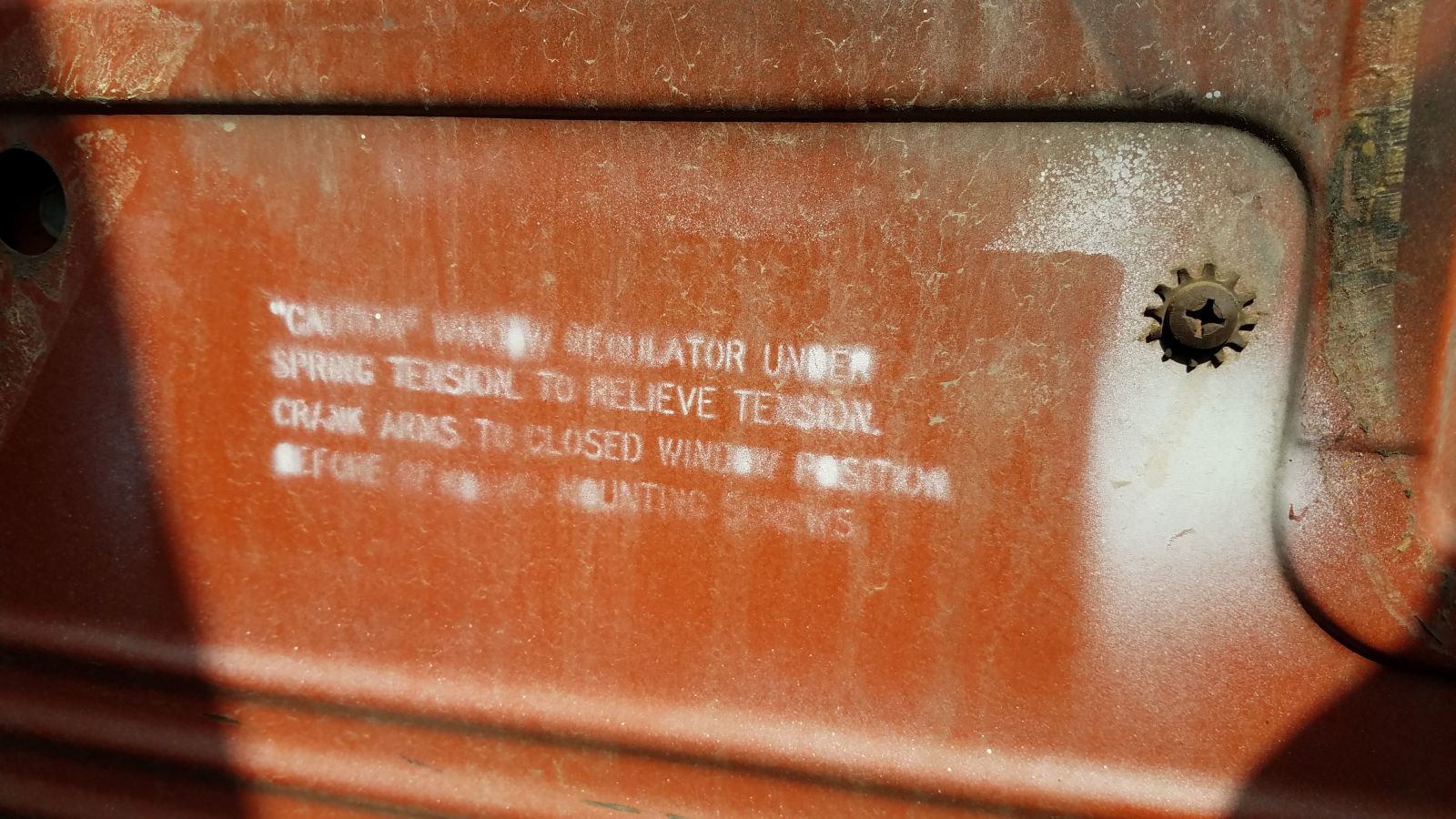 The stenciled safety warnings about window-regulator springs are quite industrial-looking. 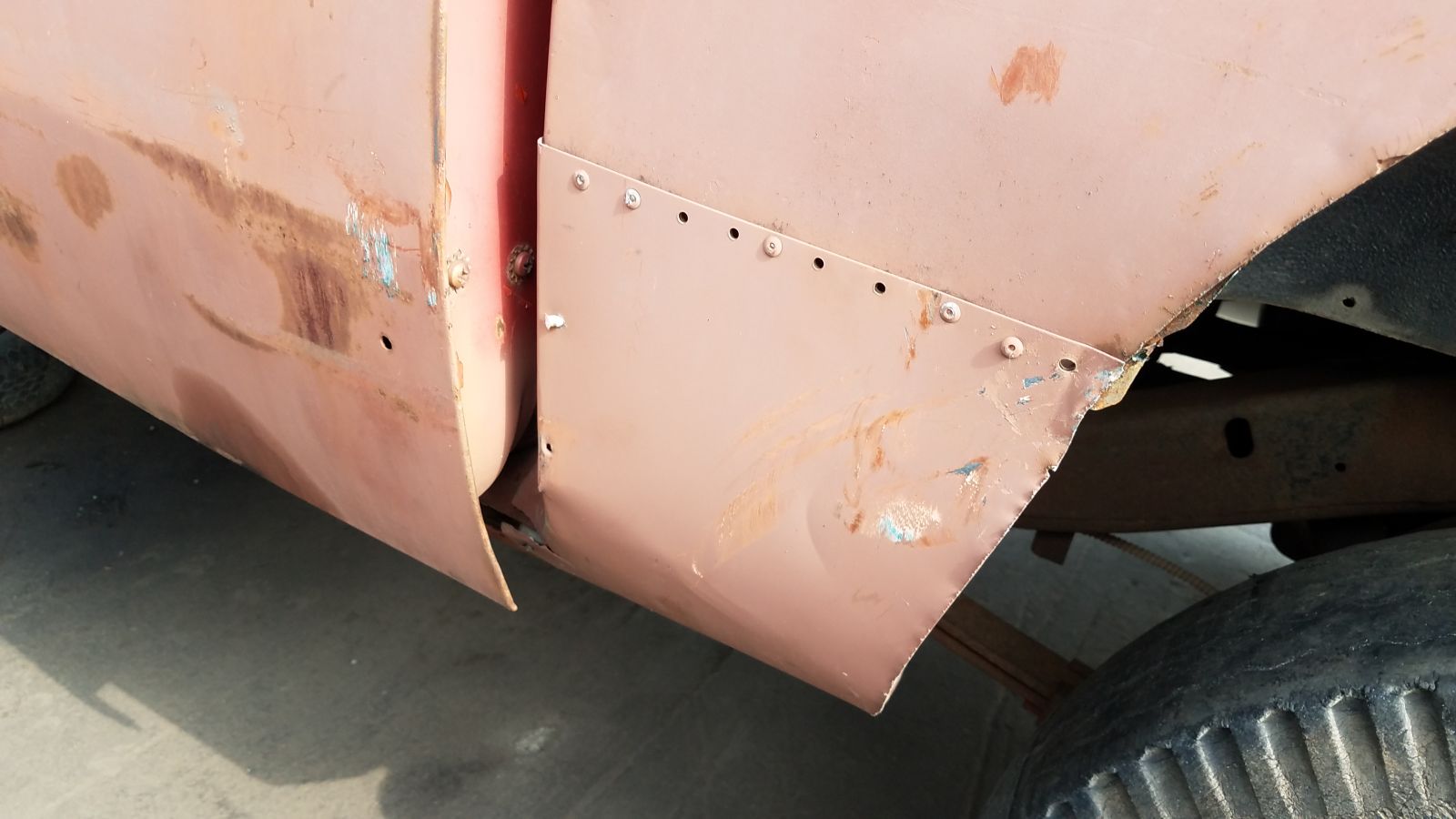 The flat parts of Colorado aren't very rusty, but mountain-dwelling trucks that spend all winter in five feet of snow do suffer from some rot. This one has some field-expedient patch panels. 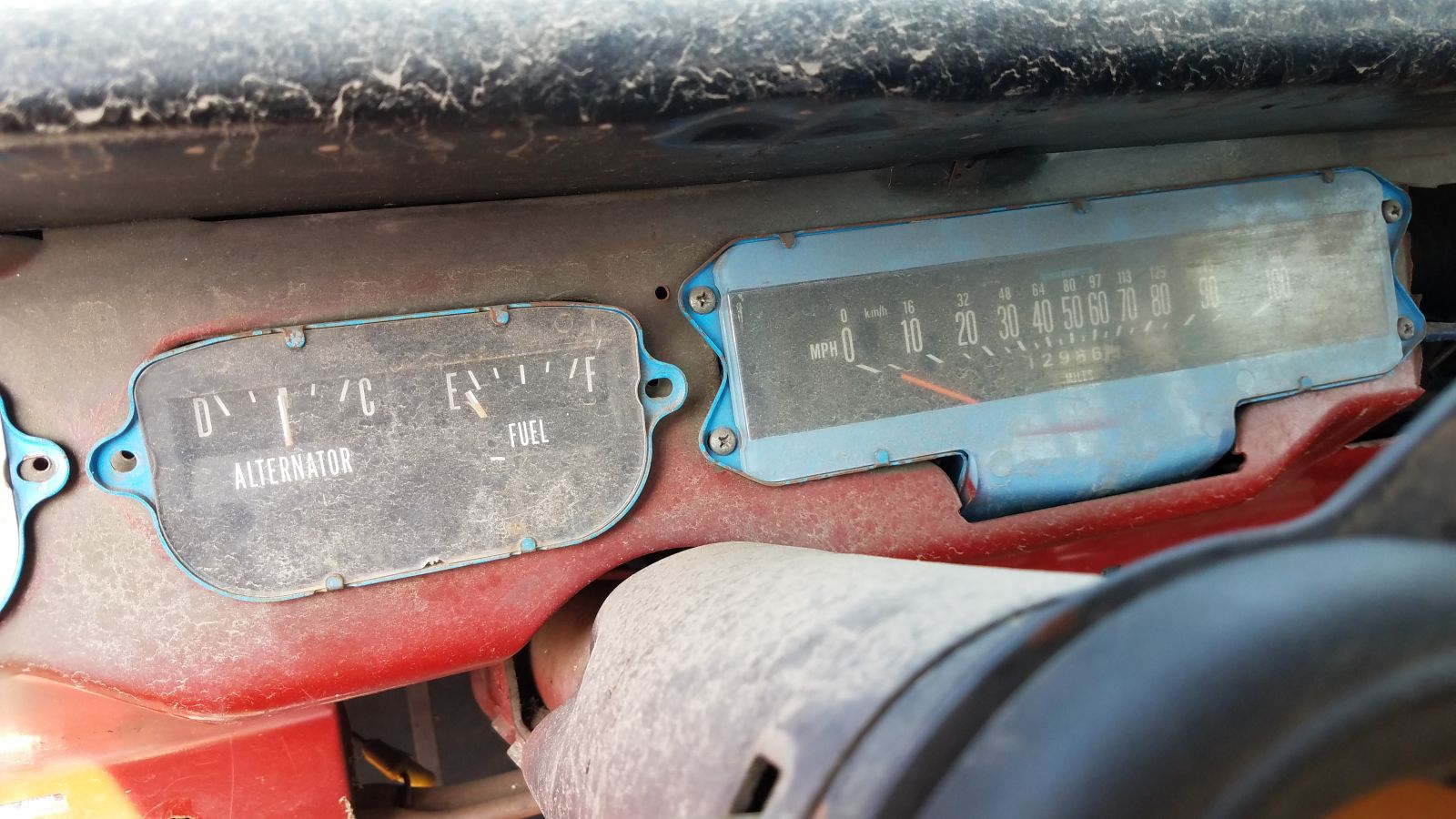 It's hard to imagine such a primitive truck interior today, now that most American trucks are used as plush commuter appliances for white-collar office workers. 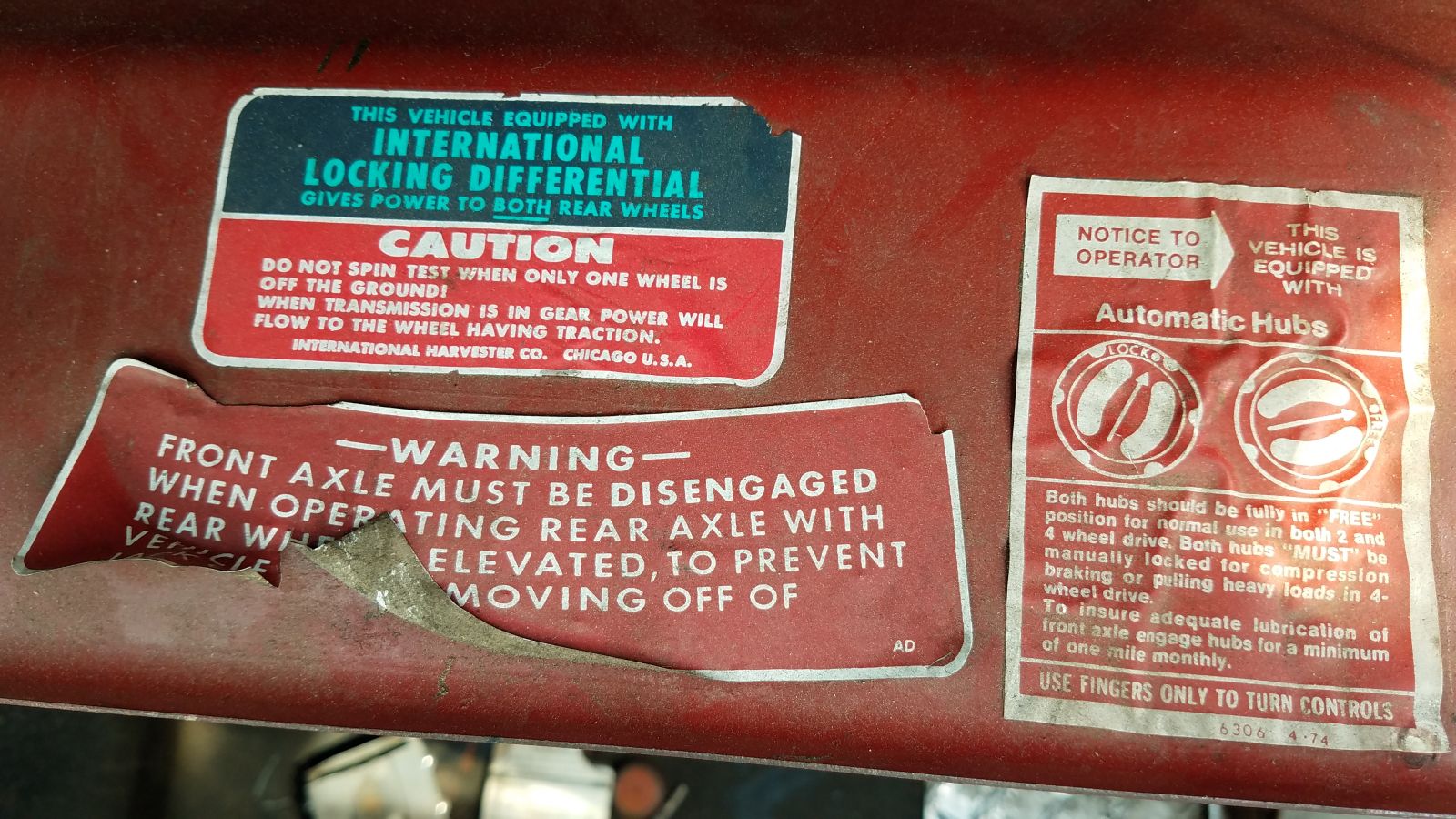 The warnings for the locking hubs are satisfyingly scary.

The final Scouts were built just a few years after this one, but the last days of the Scout Era overlapped the Disco Era enough for some wakka-wakka music in the TV commercials.