It's way bigger, but arguably better

Joel Stocksdale
The 2019 Volkswagen Jetta changed quite a bit from its immediate predecessor. It gained a heaping helping of style, changed up its suspension, and became a bit more efficient. But the differences between those two generations are minuscule next to those between the 2019 and the original 1980 VW Jetta. And those differences have been highlighted by VW, which produced a video showing off examples of each, and a whole bunch of information and specs on the two cars.

The most obvious difference between the two cars is the size. The new Jetta is nearly 20 inches longer than the roughly 168-inch long 1980 model. It's about 7 inches wider, too, though only about 2 inches taller. Though it would be easy to bemoan the bloating of the Jetta, it's also worth noting that the new Jetta is oh so much more powerful. The new Jetta's 147 horsepower is almost twice that of the 1980's 76, and the 185 pound-feet of torque is more than 100 more than the 83 of the original. And from experience, that torque is very welcome. 
On top of being more powerful, the new Jetta is more efficient. Most of this is engine advancements, but also transmission improvements going from a 5-speed manual to a 6-speed, and from a measly 3-speed auto to an 8-speed. That helps the new, bigger Jetta eke out a massive 13 more mpg combined than the lightweight 1980.

Another interesting change is what convenience features have changed over the years. Of course, things such as air conditioning became standard, as well as cruise control -- something not offered at all on the old Jetta. At least the old Jetta had one feature the new one doesn't: a cigarette lighter. Of course, the new Jetta gives us cupholders, so that's probably worth it.

To see all the changes, check out the table below, and see both cars in action in the video at the top. 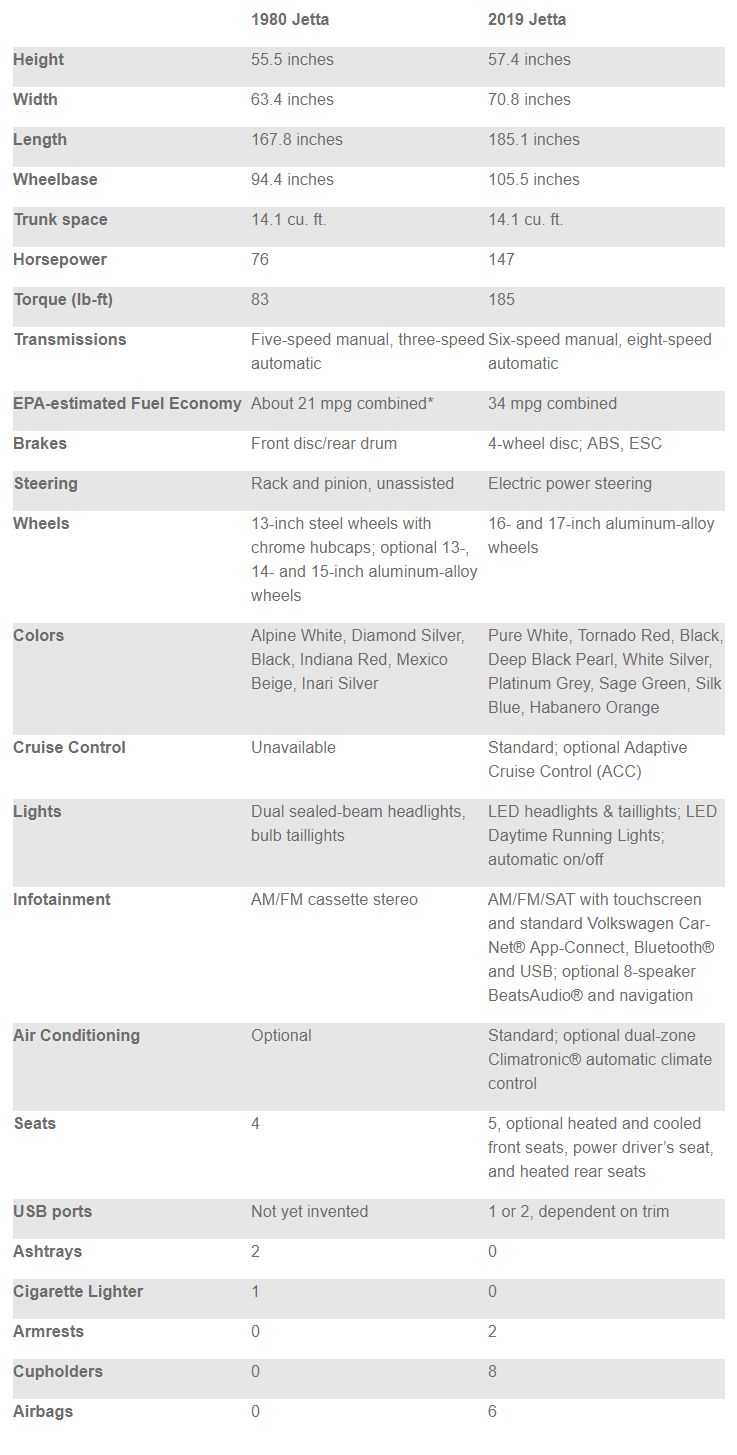