Who wouldn't want to clean with lasers?

Reese Counts
Rust kills, and removing it can be a huge pain. Its presence can halt or completely tank a project. Given enough time and the right amount of oxygen and water, anything iron or steel will eventually disintegrate into a rusty mess. While there are plenty of ways to remove rust, few are as awesome as using a 1000-watt handheld laser cleaner.

P-Laser makes just such a tool, the QF-1000, and the results are pretty impressive. According to the company, the laser works by aiming high pulsed laser light at a rusty surface. Any corrosion will absorb the energy from the light and either flake or burn off. The solid surface underneath isn't as bothered by the energy, leaving a clean, bare surface behind. In practice, it appears to simply vaporize the rusty surface layer.

P-Laser lists a number of applications for their laser cleaning tools, like mold cleaning, bakery tray cleaning, and pretreatment for bonding and welding. Super-villain plot device or government torture device are not recommended uses. The company offers various power outputs, but unfortunately even a lightly powered 50-watt laser goes for around $53,000, according to Road & Track. That puts it out of reach of most private owners, but might be perfect for professional restorers who would otherwise have to laboriously grind surface rust off projects.

As awesome as these cleaning lasers are at removing surface rust, don't expect to use it to shave. They don't seem to have much effect on human skin. 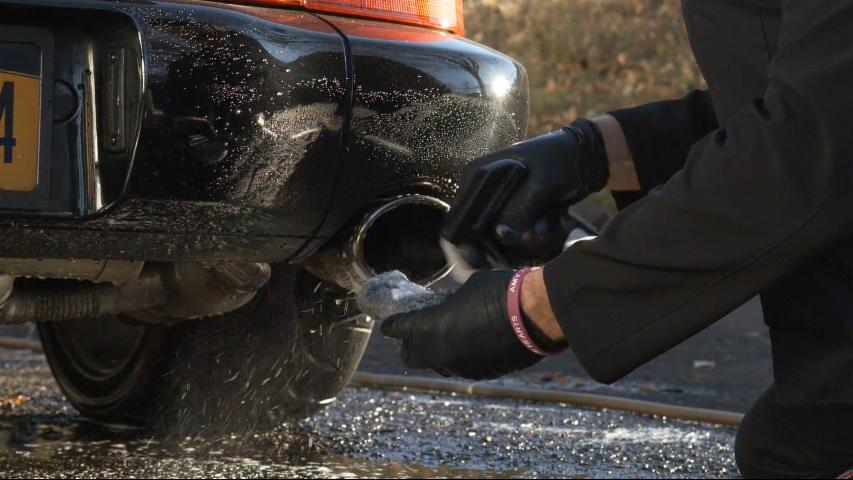