The Problem: The vehicles contain Takata's dual-stage inflators in their front passenger airbags, which could rupture in a crash.

Injuries/Deaths: None reported in this population of vehicles. However, experts believe Takata's inflators have links to at least ten fatalities.

The Fix: Dealers will replace the part with a newly manufactured one.

If You Own One: Toyota will notify owners about the recall by first-class mail in March and will send a remedy letter in June when the parts are ready.
Show full PR text
TOYOTA EXPANDS TAKATA AIRBAG SAFETY RECALL

The involved vehicles are equipped with a Takata-produced dual-stage front passenger airbag inflator which could potentially be susceptible to rupture when deployed in a crash.

All known owners of the affected Toyota / Lexus vehicles will be notified by first class mail. Dealers will replace the airbag inflator or the airbag assembly with a newly manufactured one at no cost. 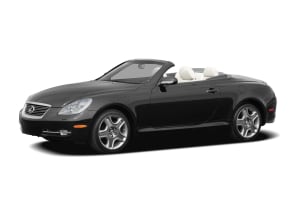