Wire wheels and no serious rust, but not worth restoring in Colorado. 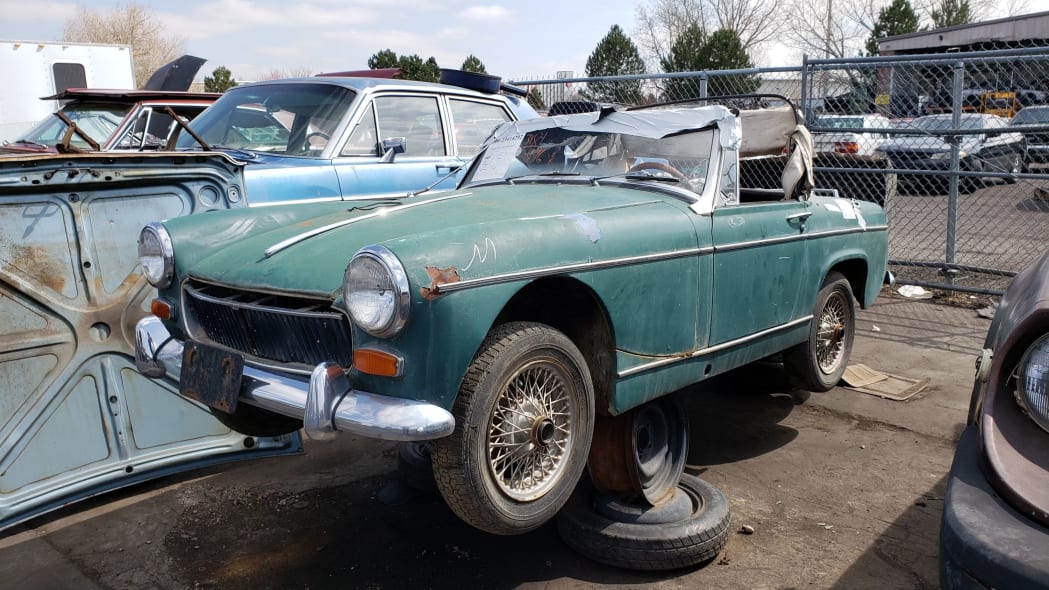 The tiny MG Midget (and its near-identical sibling, the Austin-Healey Sprite) sold well in North America during its 1961-1980 production run, because everyone likes a cheap and fun two-seat convertible. With the exception of the occasional super-original or nicely restored examples, though, the Midget never has been worth serious money, which means that thousands of these cars languish as get-to-it-someday projects in the driveways, yards, and garages of the land. In my junkyard travels, I see the potential project Midgets that got swept into the crusher's waiting room; most of them are mid-to-late-1970s models, but today's Junkyard Gem is a much older '67 model in a Denver-area yard. 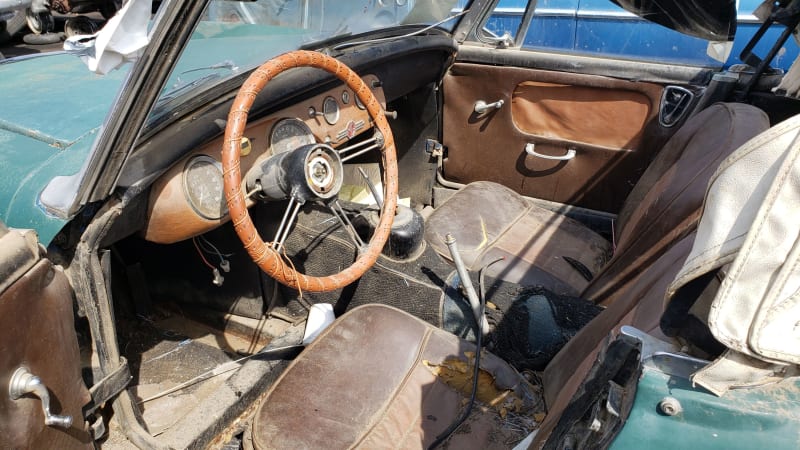 The interior is rough, but not completely obliterated by harsh High Plains weather. This suggests that the car spent its inactive decades in a garage or at least under some sort of shelter. 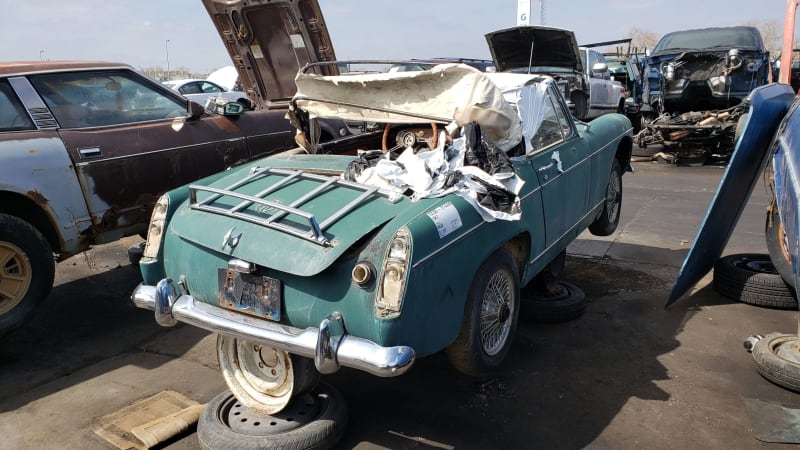 The body doesn't show any obviously fatal rust, so this car could have been restored without too much agony. However, you can buy a pretty decent driving-ready Midget for much less than the cost of reviving one like the car you see here, and so this '67 ended up here. 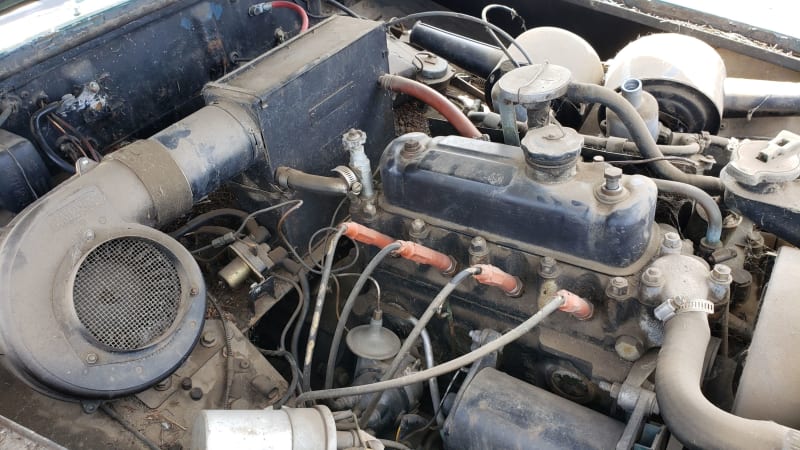 If this is the original engine (which is possible, though MG enthusiasts have spent decades doing mix-and-match engine swaps based on whatever powerplant is handy in the garage), then it's a 1,275 cc BMC A, from the same engine family that powered millions of Morris/Austin Minis. For the 1967 model year, U.S.-market Midgets got 65 horsepower. Since the car weighed just 1,512 pounds, this was enough power to make it fun (though not fast even by mid-1960s standards). 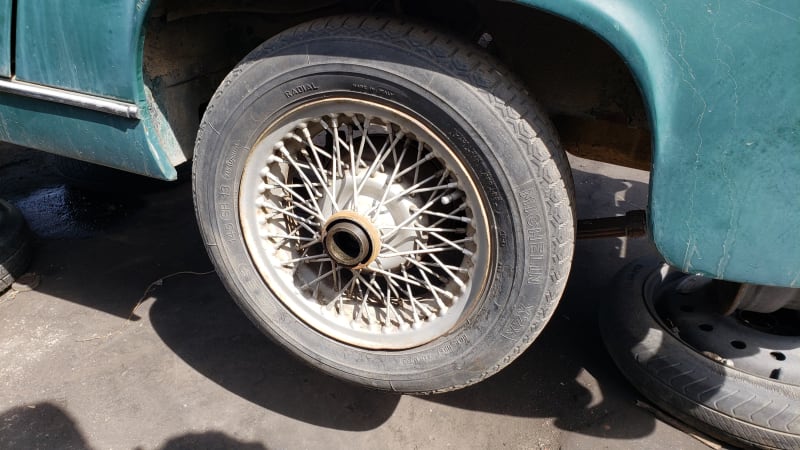 In the 1960s, it wasn't a proper British sports car if it didn't have wire wheels. 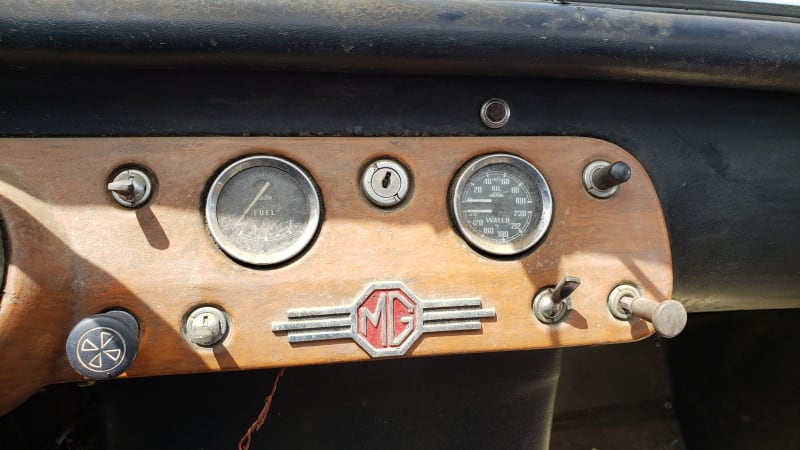 The bad news is that another classic MG is about to reenter the scrap-metal ecosystem. The good news is that some Colorado Spridget owner will find many cheap parts for a car that stands a better chance of getting back on the road.