How the Autoblog staff would configure a half-ton pickup truck

Have you attempted to use an online automobile configurator recently? If not, you really should, as long as you've got a few hours to spare. It's addictive once you get going, especially if there are lots of options across several different competing models to play with.

Several of us here at Autoblog decided to do just that, focusing our attention on fullsize pickup trucks. One thing quickly became clear: these vehicles get very expensive, very quickly.

With entries from Chevy, Ford, GMC, Nissan, Ram, and Toyota, choices abound. But surprisingly, one particular brand earned 50 percent of the votes.

Feel free to play along in the Comments. Our only guideline is that you have to start with a half-ton model. Besides that, the sky's the limit. So, how would you configure a fullsize truck?

I was in a fraternity in college, and while I’ve shrugged off (most of) my drunken Greek ways, I feel an overwhelming fondness for a nicely done Bro Truck. And since the SVT Raptor isn’t out yet and I’ve never much cared for any of the pickups from General Motors, I chose the most bromazing Ram 1500 there is – the Rebel.

The douchiest color for any vehicle, in my mind, is white, and in the case of the Rebel, it’s made extra douchy by the optional black accents. Naturally, I went for the two-tone color scheme. In terms of options, we have the Luxury Group, the Protection Group, remote start, and a rear camera with backup sensors. I added some functional items, like a larger 32-gallon fuel tank and the nifty RamBox cargo system, but avoided all the stuff for towing, because no Bro Truck worth its name tows. Total price, $52,435, or about 3,700 cases of Natty Light.

If the day ever comes that I need a pickup, I can’t imagine buying a massive, four-door truck with chrome wheels and acres of leather inside. Instead, I’d rather have something with no frills and that’s ready to work Therefore, I’d try to find a Regular Cab 2016 Ford F-150 in base XL trim with the 5.0-liter V8 and four-wheel drive.

A basic truck like the F-150 XL does everything I could imaginably need. Ford’s site shows this configuration has a 1,840-pound payload capacity and can tow 8,300 pounds. I don’t need to haul a horse trailer or farm equipment, so these figures are plenty. I could load up the bed with pavers at Home Depot or tie down some old scooters in the back.

Sure, the interior doesn’t have many amenities, but I currently drive an 11-year-old car, which I love. As long as there’s a way to listen to my iPod, then this truck offers everything I need for just $31,865.

I tried to go pretty simple on this one, but it added up quickly. I'm actually less concerned with brand as long as it's one of the domestics; I'd be just as happy with a comparable Ram or Ford truck, as long as it has a V8, the biggest cab, and the smaller bed. For daily use, I prioritize interior room over box length. And if I'm buying a truck it's going to have a V8, especially since with cylinder deactivation they're about as efficient as the V6s these days.

I'm partial to the monochromatic look, which Chevy actually makes a bit expensive to achieve, hanging the good-looking trucks up in the upper trims. I went with an LT Z71 4WD with the crew cab and short box; thankfully Chevy lets you spec "small" wheels on this one, so I stuck with the 18s instead of paying money for 20s or 22s that will make the ride even worse. I added the LT Plus package, the Convenience package because it includes lots of laziness-enhancing features like remote start, the 5.3-liter V8 and shorter rear gear ratio, and the spray-on bedliner. But, I saved money by skipping nav since it has Apple CarPlay and Android Auto. So that makes the $48,855 MSRP slightly easier to accept, but only very slightly. 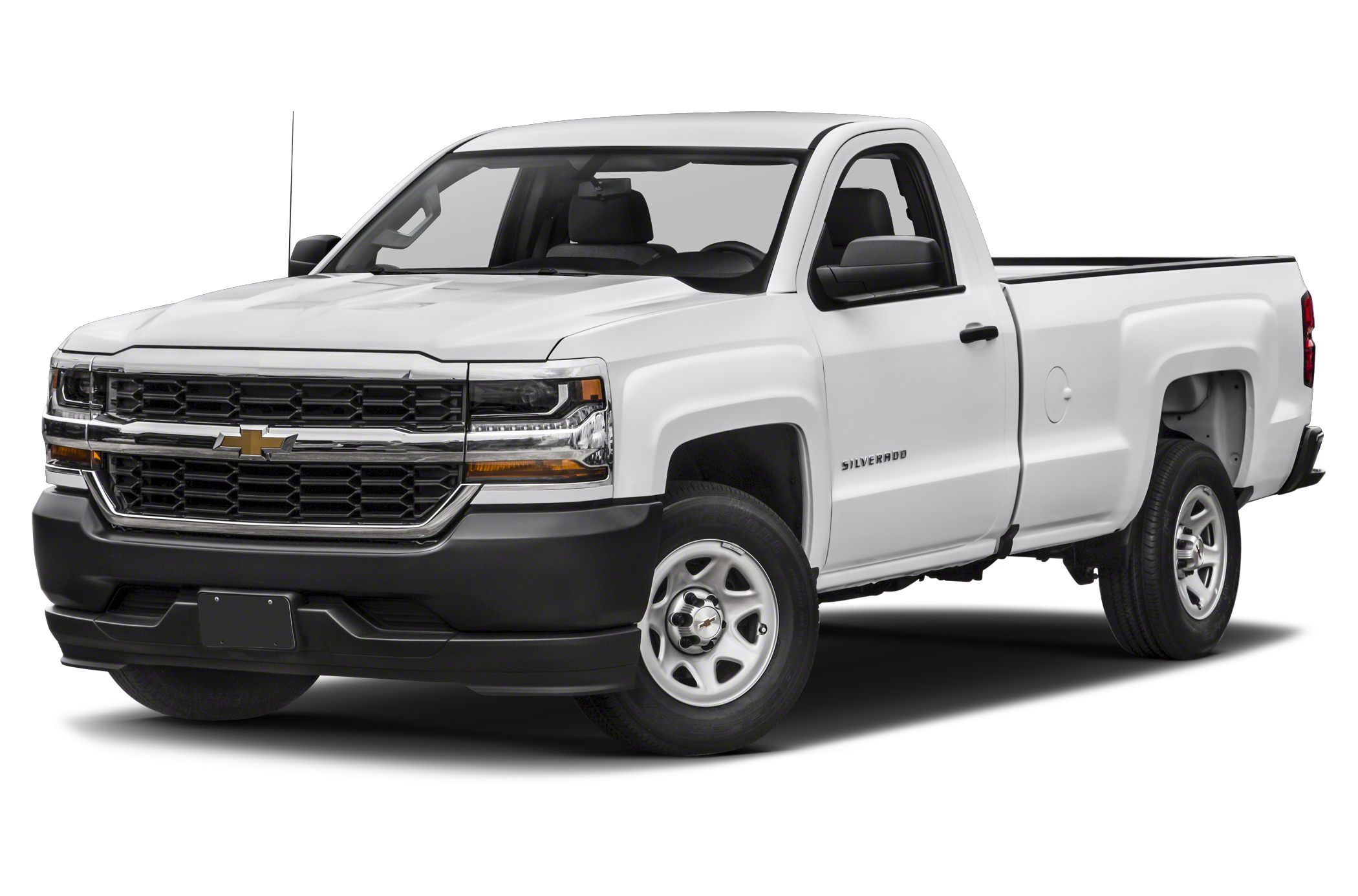 I've been a fan of the Ram Rebel since I first saw it. I love the grille and muscle-bound hood. This truck is ripped and it looks mean. I spared few expenses outfitting my Rebel, which checks in at $50,125.

I added the sunroof, nine Alpine speakers, and a rear-window defroster for the creature comforts. My utility options included running boards, a spray-in bed liner, and the ever-popular Ram Boxes. Naturally I wanted the Hemi V8, too. I like how Rams look, inside and out. The Rebel is the model I've been waiting for.

Am I cheating by choosing a Nissan Titan XD to go up against a class of half-ton competitors? Yes and no.

Yes, because the Titan is indeed a bit bigger than rivals like the Ford F-150. On the other hand, I bet that the number-one most important qualifier for buyers is price, and as you can see from the rest of this slideshow, it's well within reason to spec a Titan XD in the same price bracket as the 1500-class trucks. And you get the powerful Cummins 5.0-liter diesel V8 engine, plus lots of heavy-duty equipment to go along with it.

All the most desirable Titan XD goodies come as part of the SV Comfort & Convenience Package. For $2,590 a buyer gets 20-inch wheels, heated seats (with power adjustments for the driver), a big center console, dual-zone auto temperature control and a power sliding back window. Tech goodies in the same package include a seven-inch touchscreen with voice recognition, NissanConnect with Navigation and Mobile Apps, front and rear sonar systems, and a Rearview Monitor. That’s a great deal.

The SV Utility Package adds Utili-trak channels, LED lighting, a 120-volt power outlet and spray-on lining for the bed, along with the nifty lockable rear-seat cargo organization system for $1,120. Finally, a $275 rear-bumper step will prove very useful considering how high the bed of modern trucks sit up off the ground.

After destination and handling are factored in, the 2016 Nissan Titan XD, equipped as described above, will run $52,160. That’s expensive, but it’s fair when compared to the price charged by the Domestics. And that lovely Cummins engine is worth it. 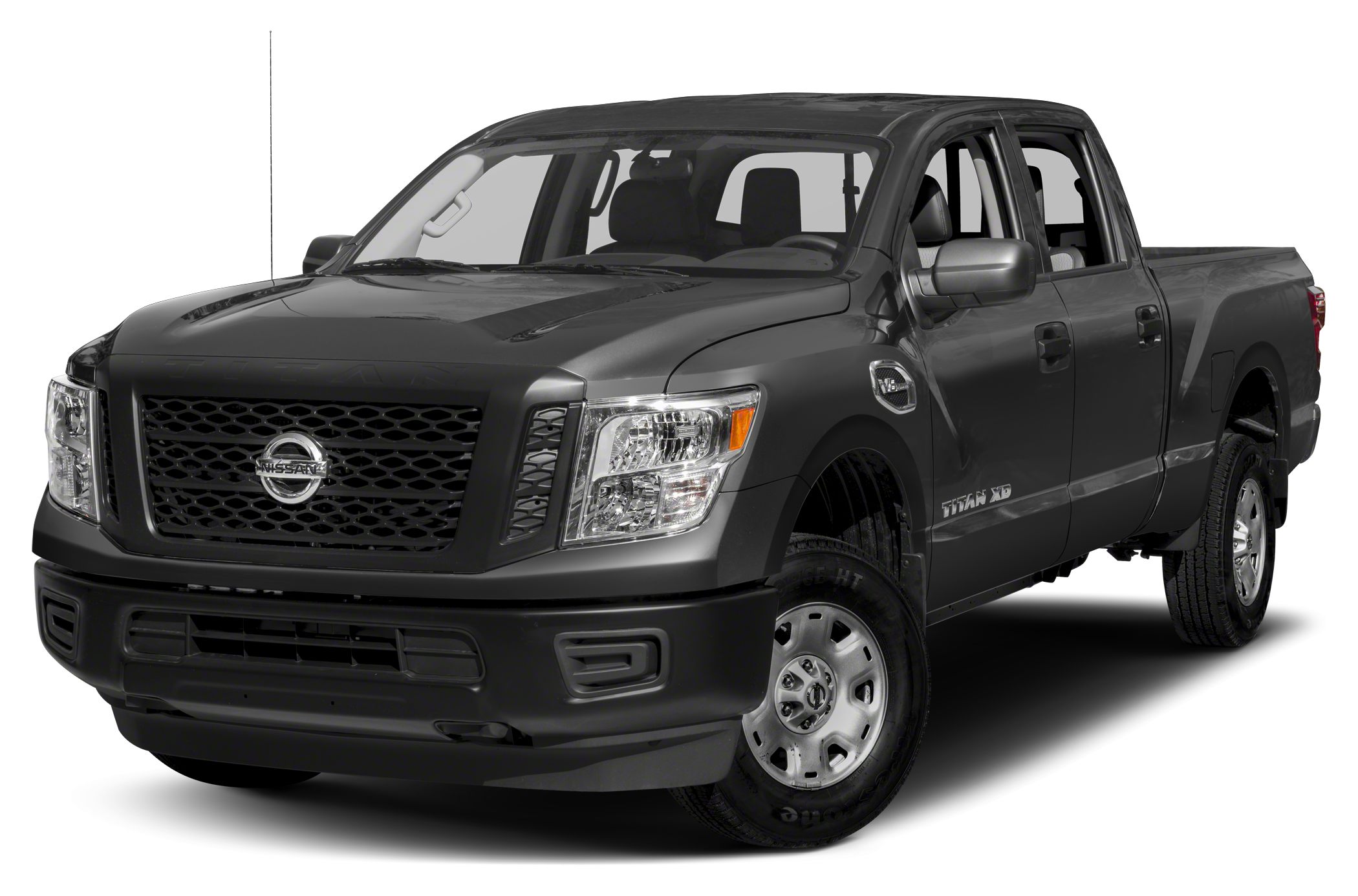 See Local Deals
So, confession: I’m not what you’d call a truck guy, but I have a huge soft spot for fast pickups. So if I’m buying one, I want power first, everything else second. That’s why I’m going for the relatively basically spec’d Ram 1500 Sport you see here. It’s got cloth seats, and no major bells or whistles, but what matters most is the 5.7-liter Hemi V8 underhood.

I’ve always found the Ram 1500 with the air suspension to be the best-driving truck on the market, and at $48,470, this Sport has everything I’d want. Four-wheel drive, cloth seats, the Quad Cab configuration with a six-foot, four-inch box, the Ram Box storage system, a sunroof, automatic headlights, and more. It’s certainly not the most luxurious thing out there, but I want my truck to be a truck. Even if it’s a fast one.