Better fuel economy and performance with no real drawbacks The marriage seems so right you wonder what took so long. Honda's hybrid powertrain is excellent and the CR-V is its best-selling model, yet the 2020 Honda CR-V Hybrid is only just arriving in dealers now. That's four years after this current CR-V generation was introduced, three years after the hybrid powertrain debuted in the Accord, two years after it was applied to the Insight (which is basically a Civic Hybrid) and five years since the first-generation Toyota RAV4 Hybrid was introduced.

The current RAV4 Hybrid is now Toyota's best-selling hybrid, and it would be shocking if this new CR-V Hybrid doesn't do the same trick for Honda. The powertrain is available on every trim level, effectively an option commanding a $1,225 premium over a comparable all-wheel-drive CR-V. That's impressively reasonable given its fuel economy advantage, added performance, agreeable drivability and lack of practical drawbacks.

According the EPA fuel economy estimates, it should get 38 mpg combined versus 29 mpg combined for the gas-only CR-V's turbocharged inline-four. That's a significant difference even if current minuscule fuel prices mean the payback time for that premium is stretched out to longer than it would normally be (four years as of this writing).

In 100 miles of testing around Portland, Ore., the CR-V Hybrid averaged 35.4 mpg. That's basically its highway rating, which makes sense since most of those miles consisted of driving in the suburbs, on rural four-lane highways and a mountain road run. I drove perhaps 10 to 15 in city conditions – more such miles likely would've increased the final mpg figure as the battery would been replenished more by regenerative braking than the engine. I have no comparable data for a RAV4 Hybrid or new Escape Hybrid, which both get an EPA-estimated 40 mpg combined.

This result may seem disappointing, but it's still exceptional fuel economy for such a large, versatile vehicle. It's also not the only thing the CR-V Hybrid's powertrain has going for it. With 212 horsepower, it can also be considered the CR-V's performance upgrade (although its 194 extra pounds somewhat stunts its advantage over the 190-horsepower turbo engine). Since this powertrain mostly works as a series hybrid, the electric motor is used to power the wheels in most situations. This means the CR-V accelerates in a smooth, torque-rich fashion more indicative of an electric car than the parallel hybrid powertrains of the RAV4 and Escape. This difference can be felt most when accelerating off the line or when in need of a little extra oomph while powering through a corner. 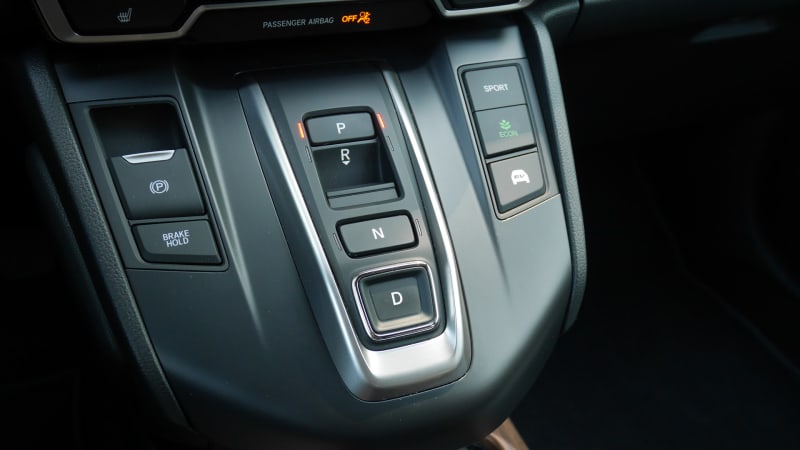 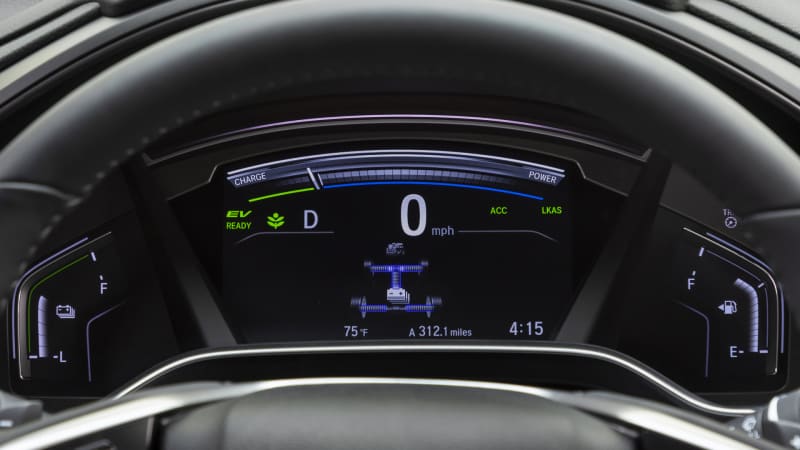 In most instances, the engine only comes on to replenish the battery as its being drained by the electric motor. This means it doesn't quite operate in step with your right foot, but it also seems to reduce noise and vibration relative to competitors. Even when Sport mode was engaged to get more out of the powertrain, the engine never amplified to tiresome noise levels or unpleasantly droned as Toyota hybrids are apt to do. Admittedly, this could have as much to do with the engine in question, as the Insight's smaller four-cylinder can in fact get unpleasantly noisy despite otherwise having the same hybrid design.

Now, the engine can in fact directly power the wheels in certain situations where it's more efficient to do so – specifically during constant cruise highway conditions – but there's no way of telling when this occurs.

In total, the CR-V Hybrid's drivability is superior to that of competitors and its performance gives nothing up to the gas-only turbocharged CR-V. Its ability to drive solely on electricity for certain distances at lower speeds is another advantage since it's inherently smoother and quieter.

Beyond the powertrain and badges, there are a few other differences between the CR-V Hybrid and its gas-only sibling. The Hybrid gets Honda's electronic shifter that features buttons rather than a stick that goes straight down PRND. You push for Park, Neutral and Drive, but pull up for Reverse. It is not a superior way to change gears. Next to it are Hybrid-specific buttons that activate Sport and Eco powertrain modes, as well as an EV mode that really only works at dawdling speeds. On the other side, shared with the regular CR-V, are an electronic parking brake and the button that activates Brake Hold (the car will hold itself still when brought to a stop).

Cargo capacity is also reduced by 6 cubic-feet behind the raised back seat (33.2 cu-ft vs 39.2). That seems significant, but the floor height appears to be the same, and instead, the loss seems to come from the hollowed out areas behind the wheel wells. As such, the Hybrid's performance in a luggage test would've been the same. The more significant loss is the spare tire that gets chucked in favor of the hybrid battery pack, a tire repair kit and 24-hour road side assistance. Sadly, Honda didn't just go back to mounting the tire to the tailgate. 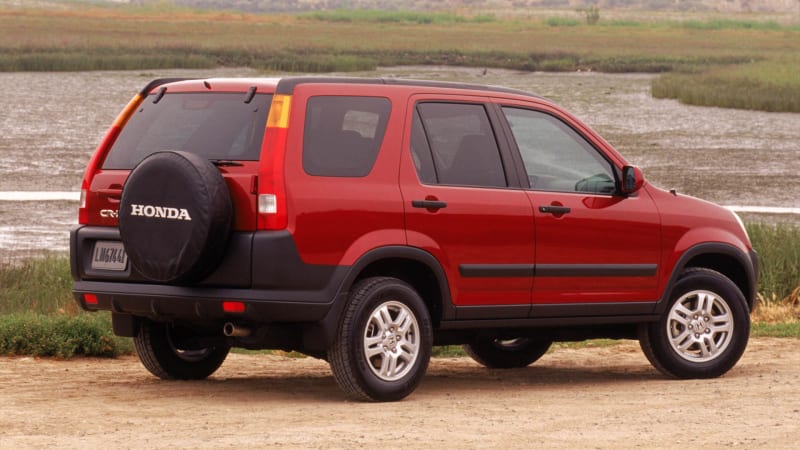 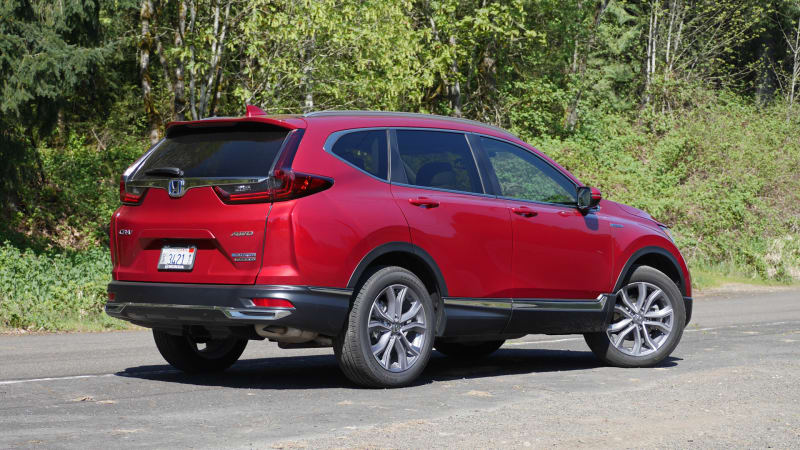 One element that's surprisingly the same, however, is the all-wheel-drive system standard on every 2020 CR-V Hybrid. Unlike the RAV4 Hybrid that relies on an electric motor to power the rear axle for an effective AWD system, Honda uses an actual mechanical system shared with the regular CR-V. As such, they provide the same all-weather traction capabilities and nominal performance advantage. Power is mostly sent to the front wheels, but the rears are not only activated when front-wheel slippage is detected, but also when taking off from a stop, moving uphill or accelerating aggressively.

The rest of the CR-V Hybrid is similarly equal to every other CR-V. The ride is comfortable, the steering responsive, handling composed and wind noise is nicely mitigated. Passenger room is basically unrivaled for the segment, especially for car seats – there's even a middle LATCH anchor. The interior's storage is excellent as are its quality of plastics and other materials, but the infotainment system needs to be replaced and the design is haphazard, if inoffensively so.

Add it all up and it could be easily argued that the 2020 Honda CR-V Hybrid is the version to get. Maybe it took longer than you'd expect to arrive, but at least it was worth the wait. 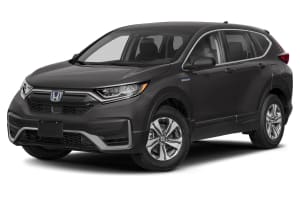