2018 Hyundai Accent vs subcompact sedans: How it compares on paper

Joel Stocksdale
Hyundai first revealed the new 2018 Hyundai Accent a few months ago, but that debut was in Canada for the Canadian-market car. We didn't get our look at the U.S. version until just recently, which is when we also finally got plenty of specifications on the little car. So as we did with the Genesis G70, we've brought you a breakdown of the Accent's specs and some of the segment's best and most popular: the Nissan Versa, Kia Rio, Chevrolet Sonic and Toyota Yaris iA.

Before we get to the chart, let's give you a quick reintroduction to the 2018 Accent. The subcompact is completely new this year, and under the hood is again a naturally aspirated 1.6-liter four-cylinder engine. It makes 7 fewer horsepower and 4 fewer pound-feet of torque than the outgoing model with totals of 130 horsepower and 119 pound-feet. This drop in power probably won't be noticeable, though. It's also available with either a manual or automatic transmission, both featuring six speeds. Fuel economy hasn't been announced, but the Rio's numbers below are probably a good indicator as they share powertrains.

The one thing that isn't available with an Accent is a hatchback. According to Autoweek, the hatchback was canned with the assumption that hatch buyers would simply purchase an example of the upcoming Kona crossover. But if you want a traditional subcompact hatch from South Korea, Kia is happy to oblige, as the Rio is still available as a hatchback. Learning that the Kona may have killed the Accent hatch causes us to wonder if Kia brought the Rio hatch to the U.S. because it wasn't planning on offering the Stonic. 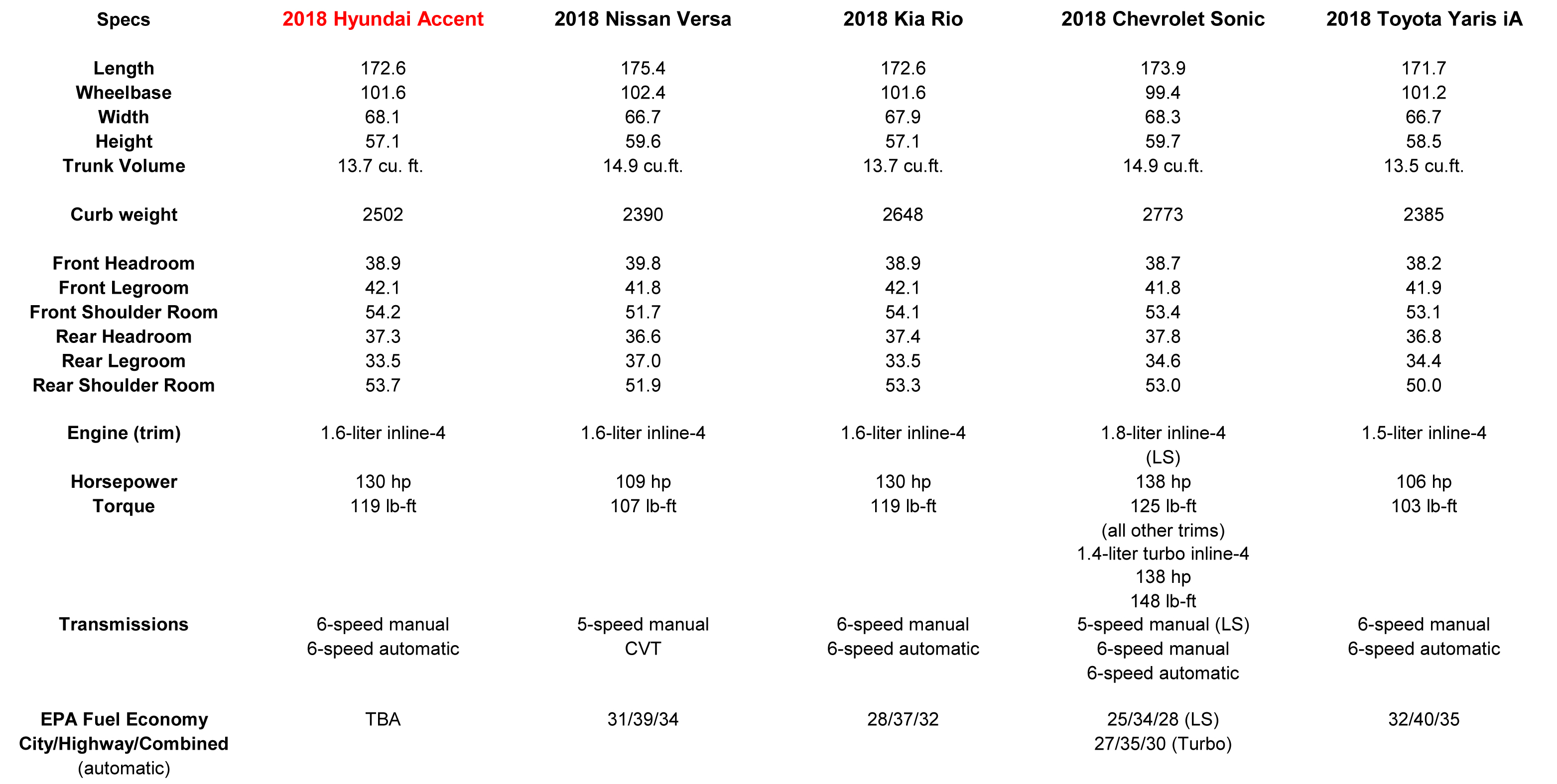