Consumer Reports put four new sports sedans to the test, and the Buick Regal Turbo and Infiniti G25 came out on top. The G25 managed a score of "Excellent," as the consumer advocacy magazine gave the sedan high marks for ride and handling and well-weighted steering. The G25 now lags only the more powerful G37 on CR's list of the 13 best sports sedans in the mid-size segment.

The Regal Turbo finished right behind the G25 with a score of "Very Good." The boosted Buick also received high praise for handling, and the sedan's 2.0-liter turbo mill "brings much needed power while attaining the same fuel economy as the base four-cylinder model." CR now ranks the Regal Turbo just ahead of the naturally aspirated Regal. The post-jump press release claims the Regal Turbo now ranks in the middle of the pack of 13 sports sedans.

Consumer Reports also tested the redesigned Volvo S60 and the updated Audi A4 for the July issue, which goes on sale July 7th. Separately, the turbocharged versions of the Hyundai Sonata and Kia Optima mid-sized sedans were also tested. (CR had previously tested non-turbocharged versions of both vehicles.) All the reports are also available to subscribers of www.ConsumerReports.org. Updated daily, it's the go-to Website for the latest auto reviews, product news, blogs on breaking news and car buying information.

The new S60 now ranks 10th out of the 13 sports sedans rated. Still, the vehicle is much improved over its mediocre and outdated predecessor, helping it earn a road-test score that's almost 20 points higher than the previous generation model. The A4 currently ranks 12th, with the Saab 9-3 Turbo at the bottom of the rankings. The A4 now uses a super-smooth eight-speed automatic transmission to help it get an impressive 25 mpg overall, among the best in this class.

The G25 and A4 are the only vehicles tested this month that are Recommended. The Regal, S60, Sonata turbo and Optima are too new for Consumer Reports to have adequate reliability data to Recommend. The G25 is expected to have better than average reliability than average. Consumer Reports only Recommends vehicles that have performed well in its tests, have at least average predicted reliability based on CR's Annual Auto Survey of its more than seven million print and Web subscribers, and performed at least adequately if crash-tested or included in a government rollover test.

The G25 provides an inviting balance of performance and comfort. It's agile and fun-to-drive, the ride is taut and composed, and it has quick, well-weighted steering. The Infiniti G25 Journey, ($34,225 MSRP as tested,) is powered by a 218-hp, 2.5-liter V6 engine that is smooth and provides 24 mpg overall. The seven-speed automatic transmission shifts smoothly. Braking is Very Good. The interior is quiet and well-finished. The rear seatbacks don't fold to expand trunk space, but there is a small pass-through opening for long items, like skis.

The Regal is agile and responsive. The turbocharged version brings much needed power while attaining the same fuel economy as the base four-cylinder model. The Buick Regal CXL turbo, ($32,135 MSRP as tested,) is powered by a 220-hp, 2.0-liter turbocharged four-cylinder engine that provides decent performance and 23 mpg overall in CR's own fuel economy tests. The six-speed automatic transmission shifts smoothly. Braking is Very Good. The fit and finish are excellent. The trunk is roomy and well trimmed.

With improvements to its ride and handling, the S60 is now a solid contender in this class. The S60 feels taut in corners and its well-weighted steering is responsive and provides good feedback. The Volvo S60 TS ($35,100 MSRP as tested, is powered by a 250-hp, 2.5-liter turbocharged five cylinder engine that delivers excellent performance and gets 23 mpg overall. The six-speed automatic transmission shifts very smoothly. Braking is Very Good. The interior is quiet and neatly finished. Rear seat space and trunk room is on the small side. The Volvo offers extensive electronic safety equipment, including an optional system that can automatically stop the car before it hits a pedestrian.

The A4 is a well-rounded compact sports sedan. Handling is agile, making it fun to drive. Steering is quick and communicative. The Audi A4 Quattro Premium is powered by a 211-hp, 2.0-liter turbocharged four-cylinder engine that delivers excellent acceleration and gets 25 mpg overall. The eight-speed automatic transmission is excellent. Braking is Very Good. The interior is exquisite. The well-shaped trunk is spacious. Longer stopping distances and reduced grip at its handling limits cost this A4 some points compares to a 2009 A4 tested by CR.

The turbocharged Sonata offers sportier handling and a somewhat stiffer ride than the non-turbo versions. Even though the cars share the same basic platform, the Sonata is more refined than the turbocharged Kia Optima. The Sonata has modest body lean and decent tire grip in the corners. The Hyundai Sonata Limited 2.0T, ($28,090 MSRP as tested,) is powered by a 274-hp, 2.0-liter, four-cylinder turbocharged engine that gets 25 mpg overall. The six-speed automatic transmission shifts smoothly. Braking is Very Good. The interior is well-finished. Trunk space is generous.

The redesigned Optima has sportier styling than the Sonata, but that styling compromises visibility and rear -seat head room. It has less noise isolation and less-polished suspension tuning as the Sonata. The Optima handles well and has quick steering. The Kia Optima SX, ($29,050 MSRP as tested,) is powered by the same 274-hp, 2.0 liter, four-cylinder turbocharged engine that is quick and gets 24 mpg overall. The six-speed automatic transmission shifts smoothly. Braking is Very Good. The interior is well-finished with sporty detailing. Trunk space is generous.

With more than 7 million print and online subscribers, Consumer Reports is published by Consumers Union, the world's largest independent, not-for-profit, product-testing organization. It conducts the most comprehensive auto-test program of any U.S. publication or Website and owns and operates a 327-acre Auto Test Center in Connecticut. The organization's auto experts have decades of experience in driving, testing, and reporting on cars. To subscribe, consumers can call 1-800-234-1645 or visit www.ConsumerReports.org. 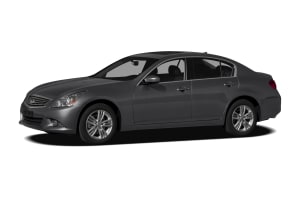