Under Lee Iacocca's watch, Chrysler began selling the first of the modern new K-Cars for the 1982 model year, and American sales of Ks and K-derived cars and minivans continued all the way through 1995. While these vehicles saved Chrysler from near-certain doom after the agony of a government bailout in 1979, the platform had become pretty outdated by the middle 1990s (though GM didn't hesitate to sell its similar-vintage J-Cars well into our current century). The Spirit replaced its aging Aries cousin starting in 1989, and has become very tough to find today. Here's a late Spirit with the optional Mitsubishi V6 engine, found in a Denver self-service yard recently. 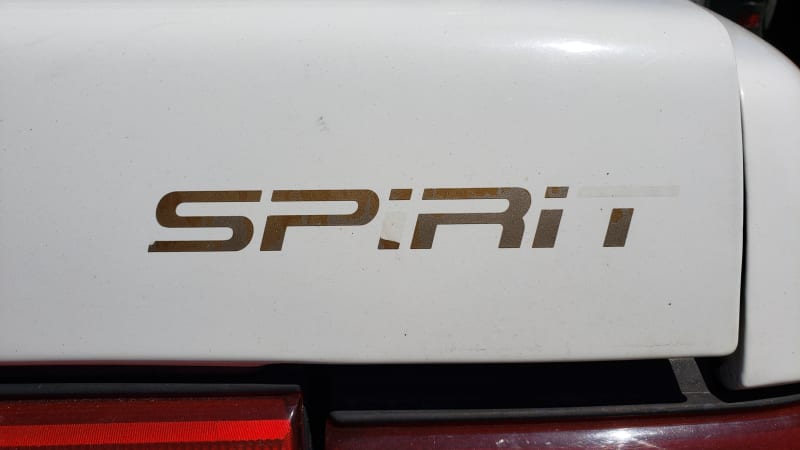 For the 1991 and 1992 model years, the Spirit R/T was the fastest new four-door car you could buy in the United States. With 224 horsepower from a very nervous turbocharged 2.2-liter engine, the Spirit R/T could run the quarter-mile in 14.5 seconds and hit a top speed of 141 mph. Today's Junkyard Gem isn't one of those cars, unfortunately. 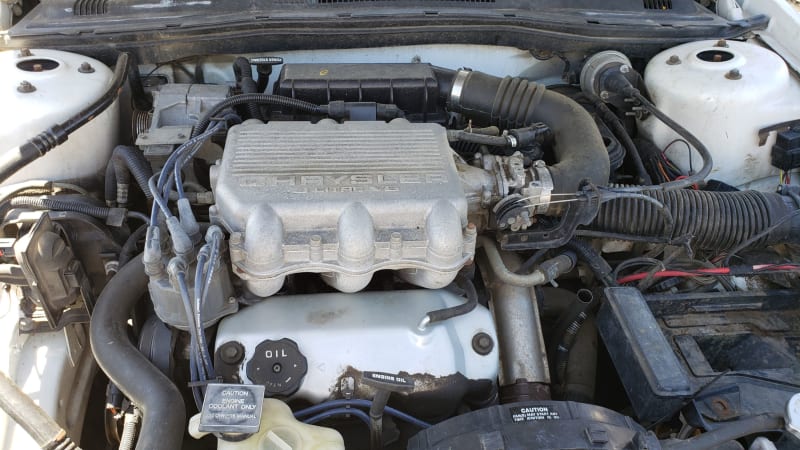 The base engine in the 1994 Spirit was a 2.5-liter Chrysler straight-four rated at 100 horsepower, but this car has the optional 142-horse Mitsubishi 6G72 V6 engine. The 6G7 family of engines remains in production to this day, 35 years after the first one went into a Galant, and members of this engine family have powered everything from the Diamante to the Sonata. 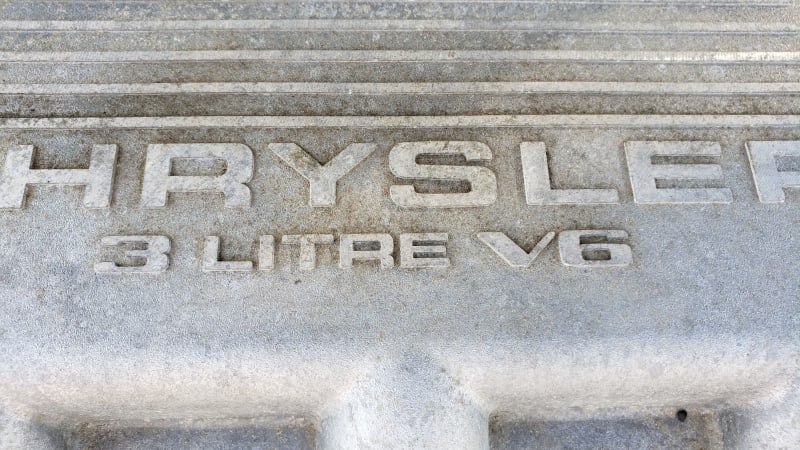 On Chrysler vehicles of all-Mitsubishi design from this era, the engines tended to have big Mitsubishi emblems prominently displayed. For a Chrysler-designed car, though, it made more sense to badge the engine as a Chrysler. Note the British spelling of the unit of displacement here; GM and Ford started that trend back in the 1960s, with the "6.5 litre" Pontiac GTO and "7.0 litre" big Fords. 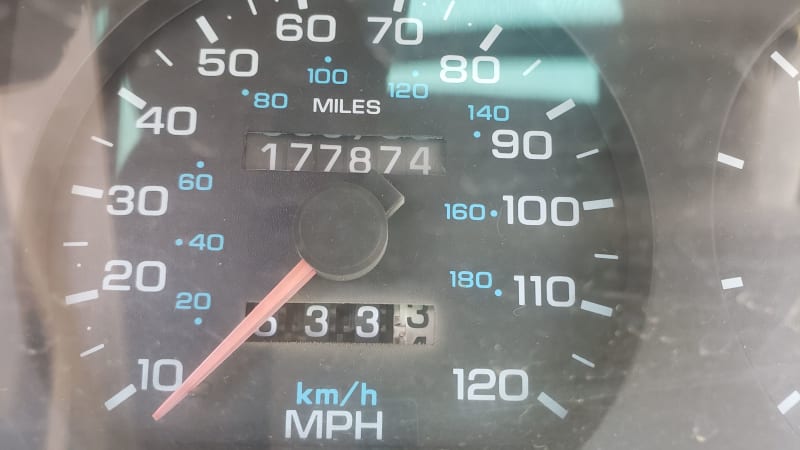 With the big engine plus power windows, decklid luggage rack, and other luxurious (for a Spirit) options, I'm pretty sure this car didn't start life in a fleet. It drove more than 175,000 miles during its time on the road. 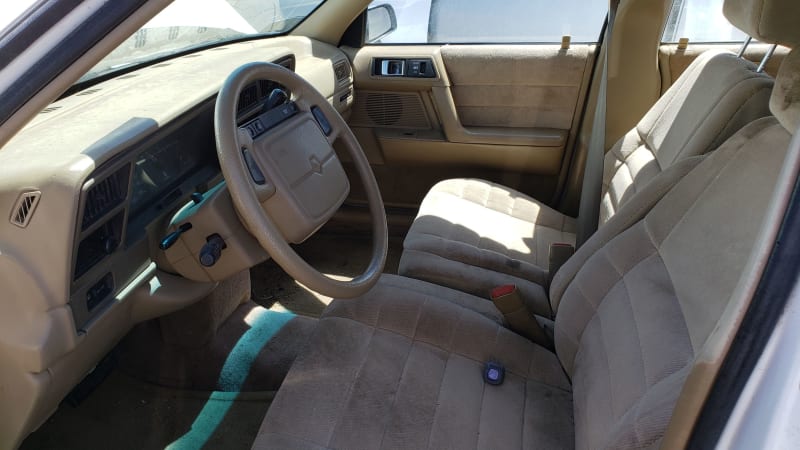 The resale value of a 26-year-old Detroit sedan with high miles can't be much, even if the interior still looks nice enough, so any mechanical problem (or just a trade-in) spells doom for cars such as this one. 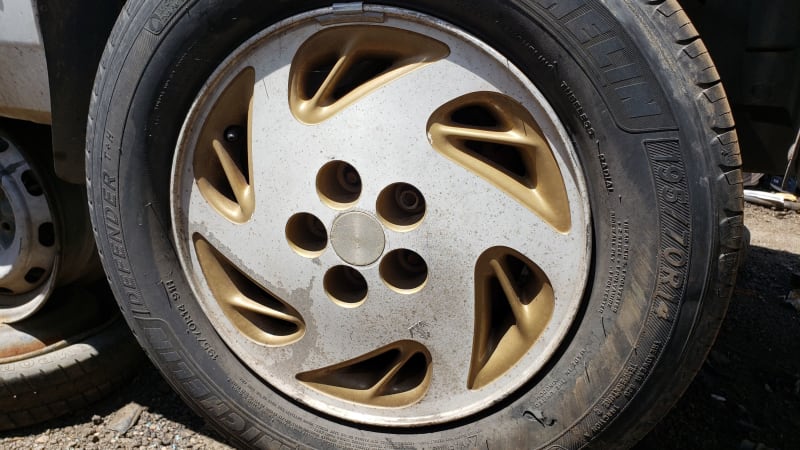 The gold insets in the aluminum wheels look very stylish.

117 out of 200 Americans preferred the Spirit to the Honda Accord!

The final Spirits drove out of the showrooms in 1995, replaced by the "cloud car" Dodge Stratus.