It requires a certain high level of commitment to keep an old Jaguar on the road, and so plenty of first-generation Jaguar XJs end up as projects that never get finished, sitting in yards or garages for decades before winding up in the nearest U-Wrench yard. As I clomp through car graveyards around the country in search of interesting machinery, I see so many 1980s XJs that I don't bother to photograph many of them … but a genuine Series I early Jag is a different story. Here's a '73 XJ6 whose final parking space (prior to facing the cold steel jaws of The Crusher) sits right next to that of a same-year Mercedes-Benz 450SLC in an East Bay yard. How the mighty have fallen! 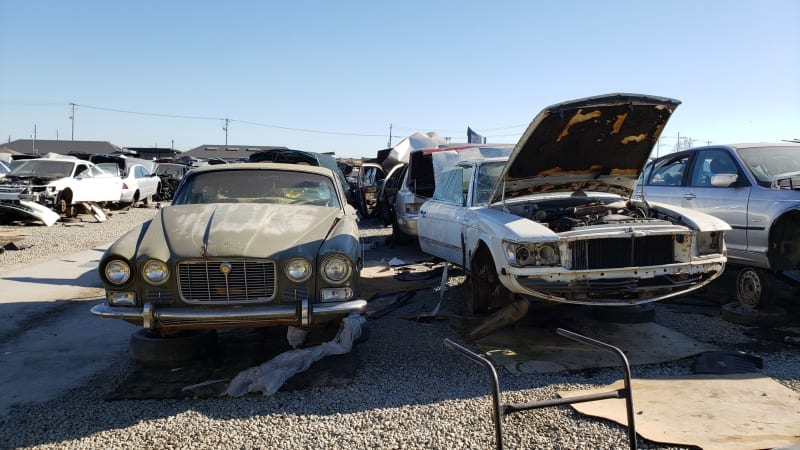 The C107 was too picked-over to be worth photographing, but you can admire the photos of this much nicer '72 I found in Denver a few years back. 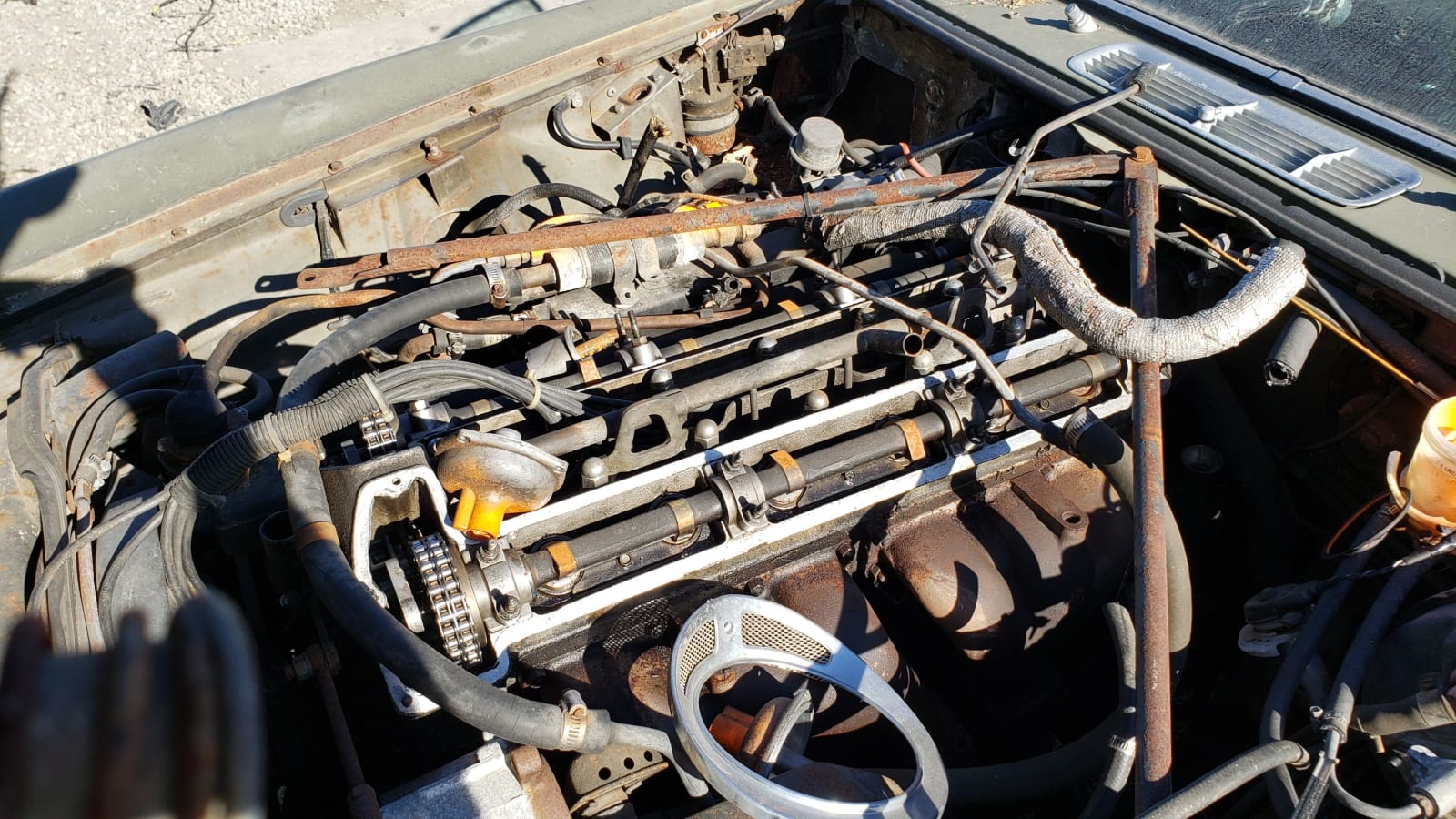 Unlike the last Series 1 XJ6 that I've photographed (in the very same yard, albeit 13 years ago), this car has not had its original straight-six engine replaced by a small-block Chevrolet V8 (because Jaguar parts were expensive and Chevy parts were cheap during the 1970s, that swap happened frequently). The US-market XJ6 got 150 horsepower from this smooth-running DOHC six, 40 fewer horses than the (far more expensive) 450SLC that year. 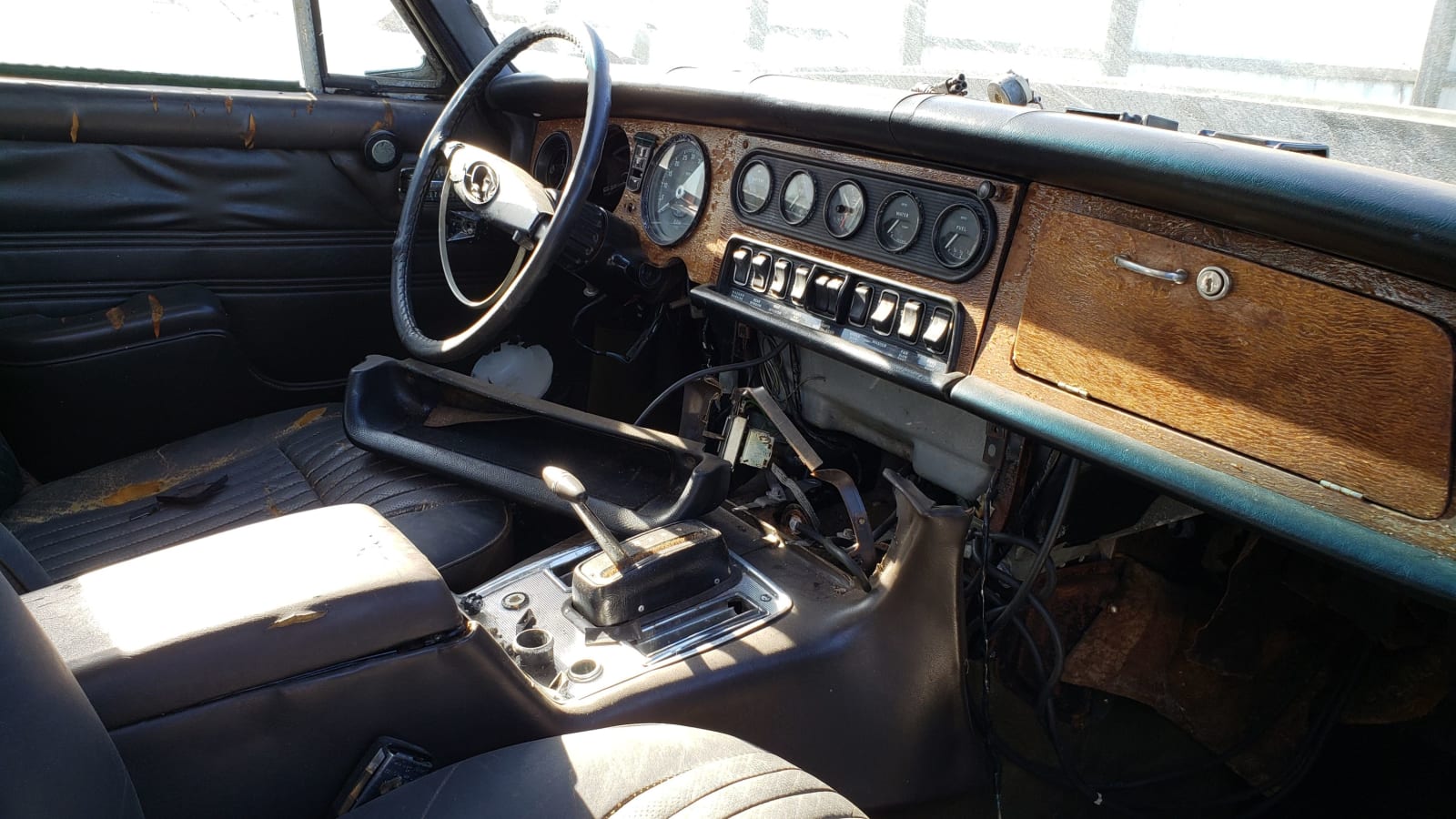 The interior looks ravaged by the decades, but you can still discern the opulence that once reigned in this wood-and-leather-lined space. 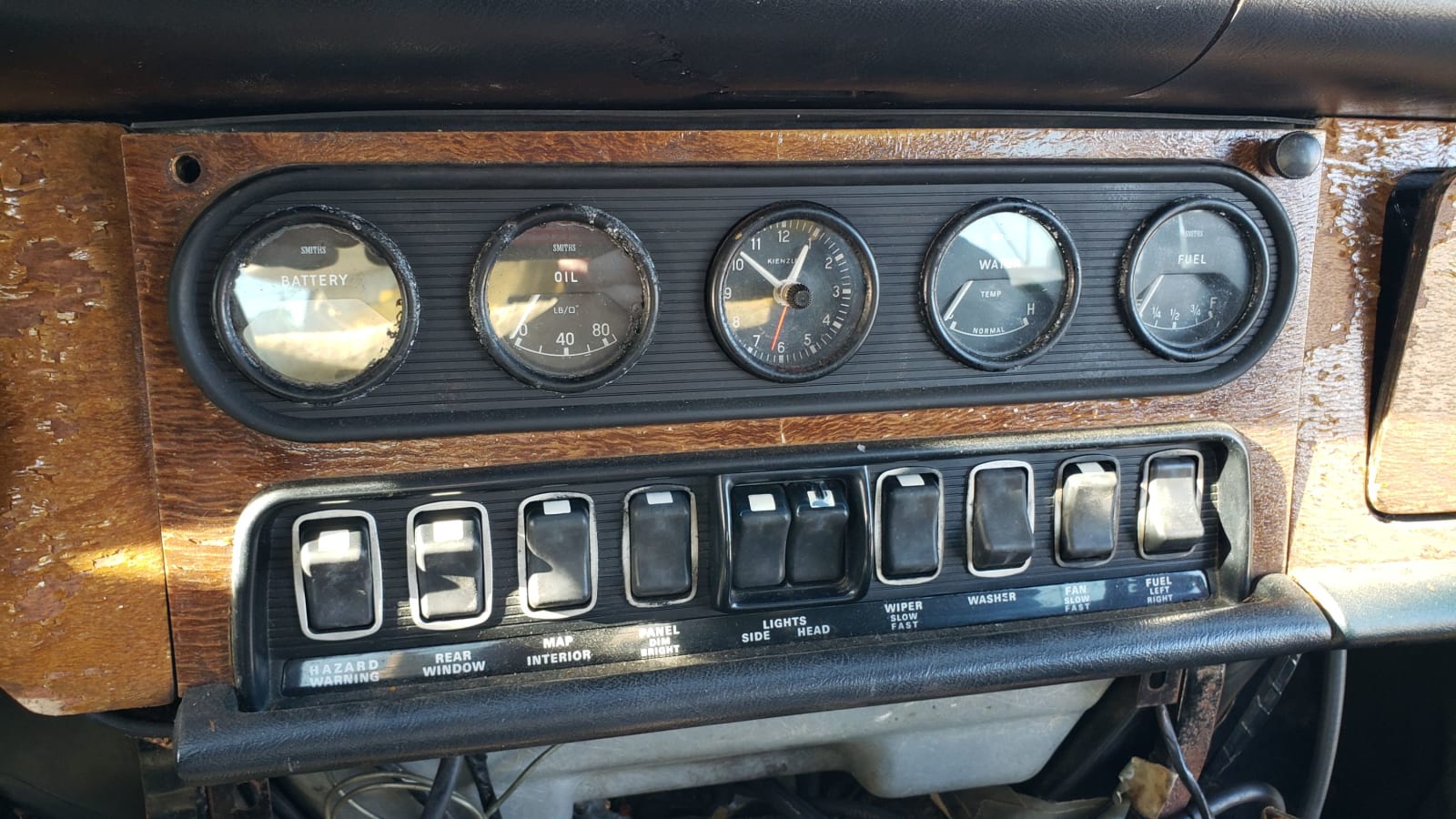 The dash boasts a full complement of authentic Smiths gauges, with a tasteful Kienzle clock right in the middle. 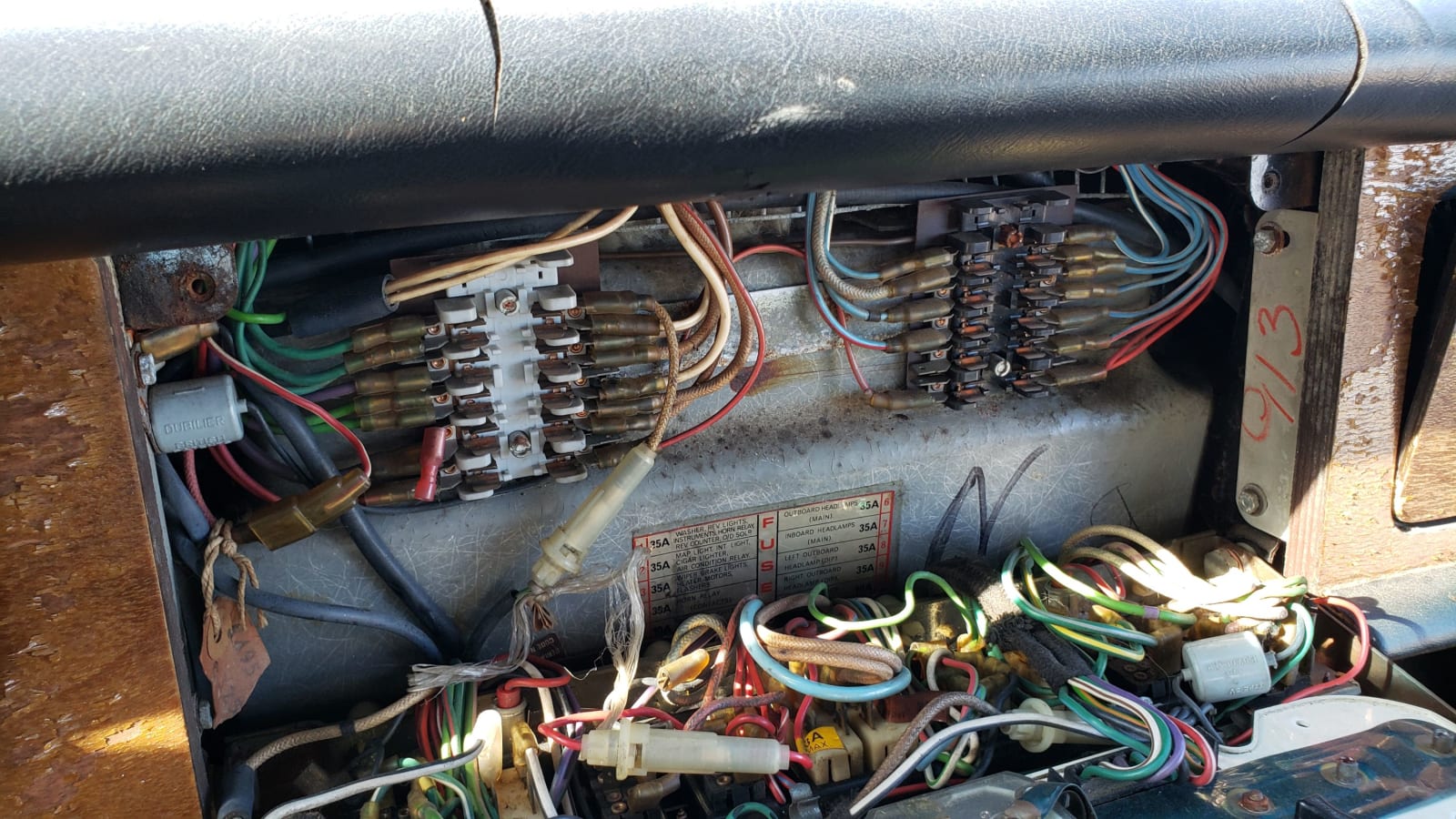 Here's why we can assume that fewer than two of those instruments functioned at any given time during the life of this car: wiring by The Prince of Darkness! Working on electrical faults in these cars built up your patience while undermining your faith in symptom-to-problem relationships. 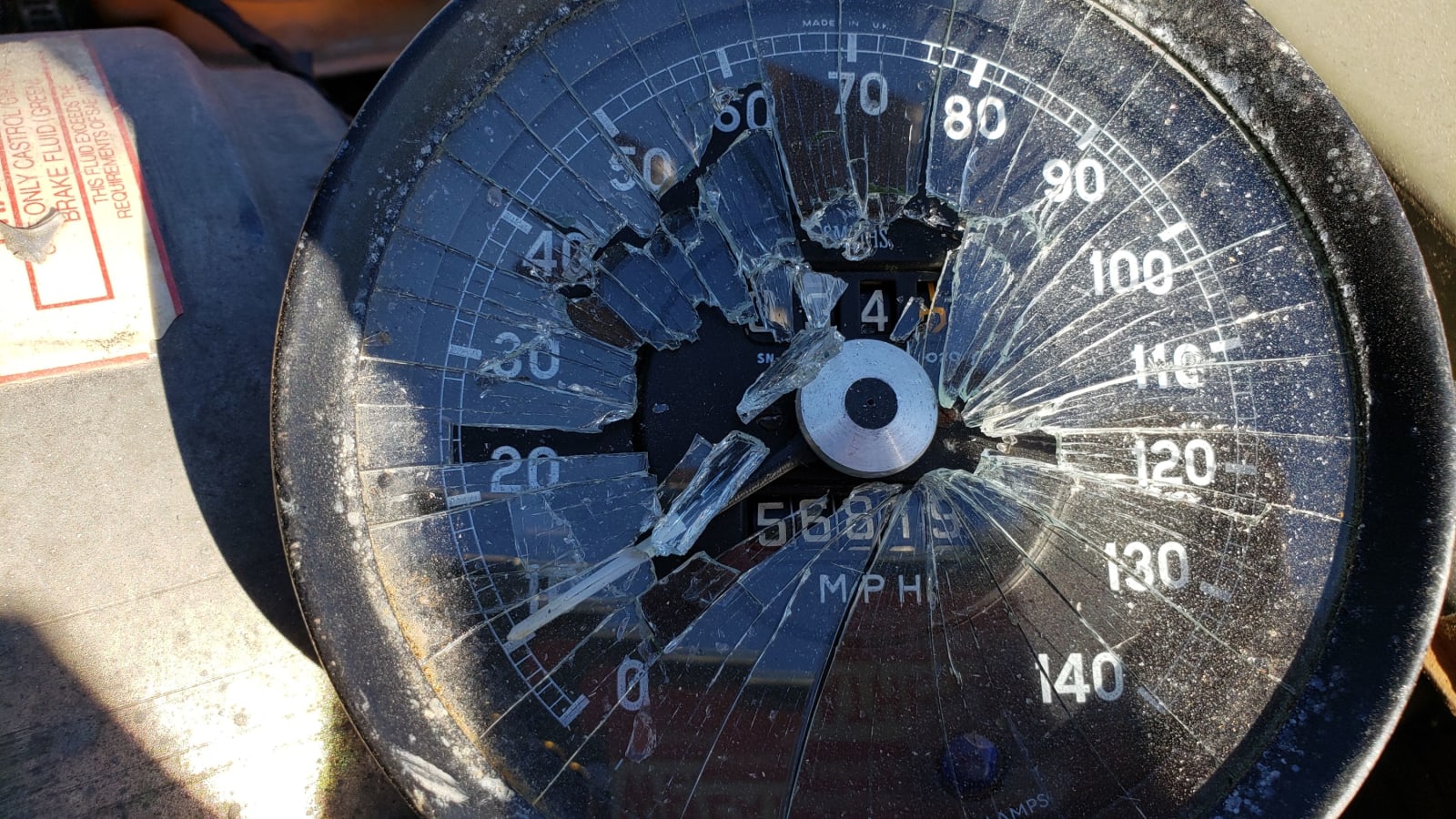 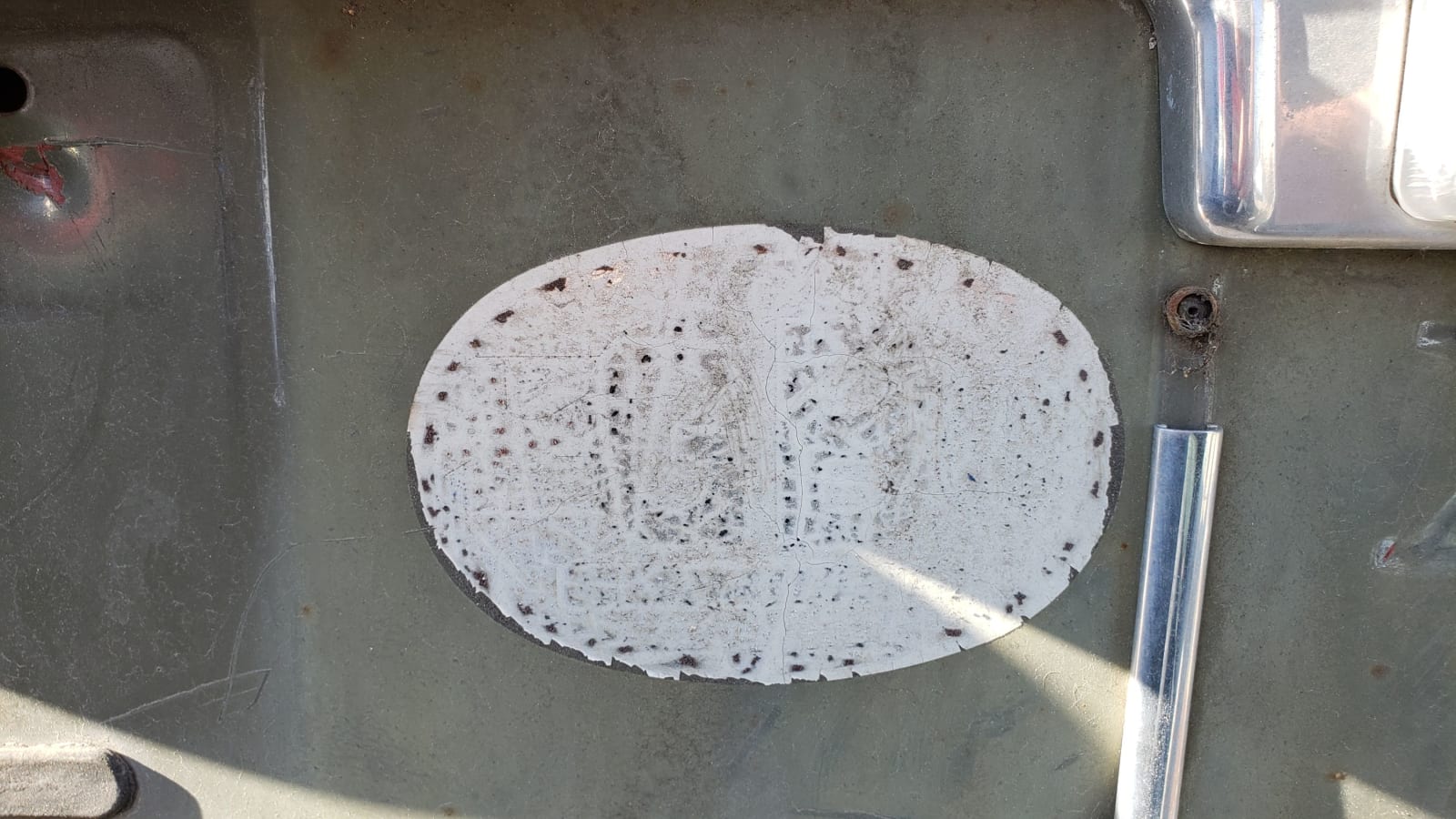 These cars were very popular in the Bay Area, which has been full of European-car aficionados since the first Renault AXs sputtered off the docks of the San Francisco waterfront. Back in the 1970s and 1980s, you'd never see an old XJ without one of these pre-EU "GB" stickers on the back. The faded condition of this one suggests decades of sitting in the sun, probably while the car sat dead in the driveway due to electrical problems. 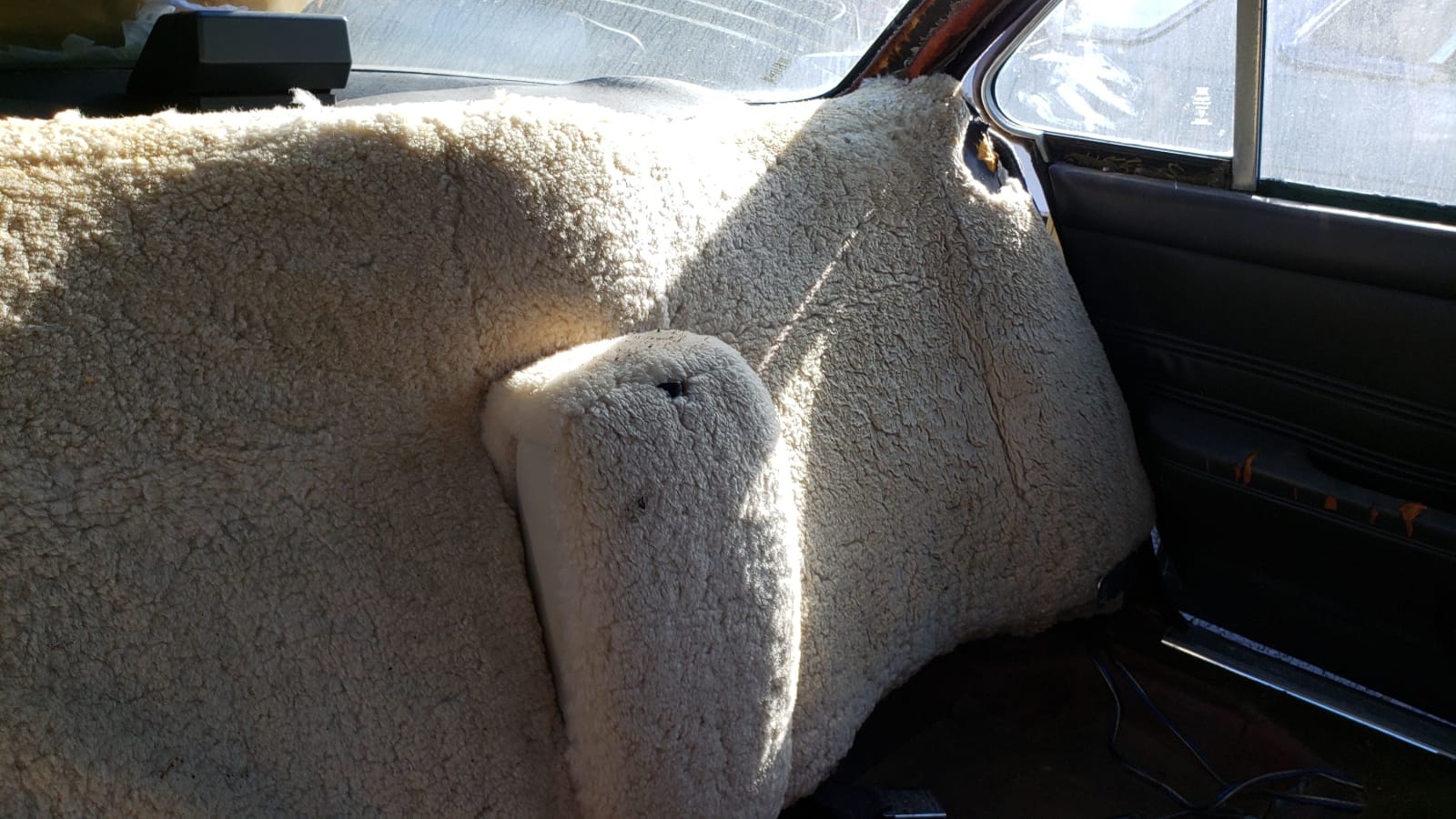 I feel certain that the deep-pile shag carpeting over the rear seats wasn't factory-installed. 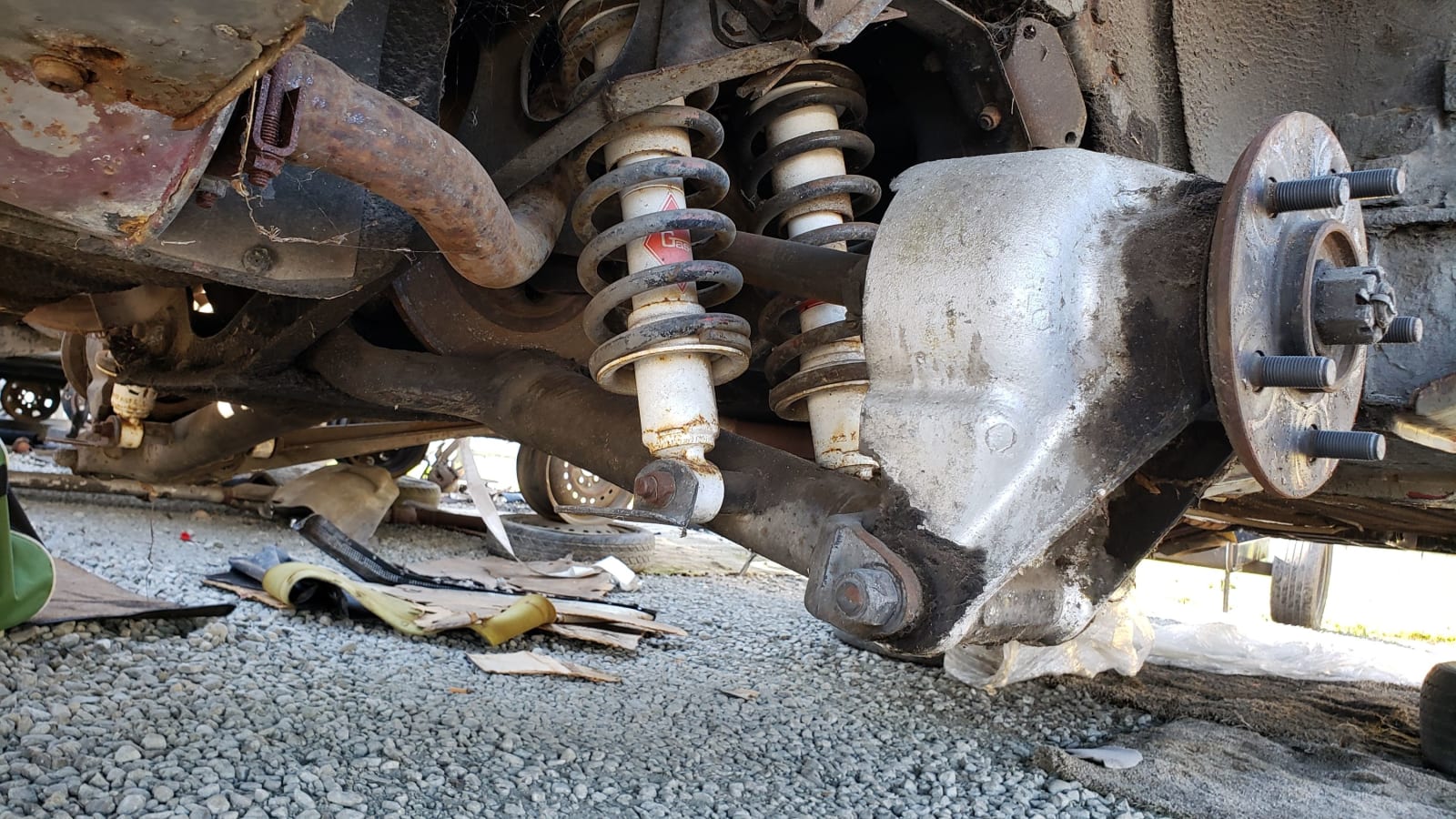 Check out those hard-to-work-on inboard disc brakes, which reduced unsprung weight but added to the pain of XJ ownership. 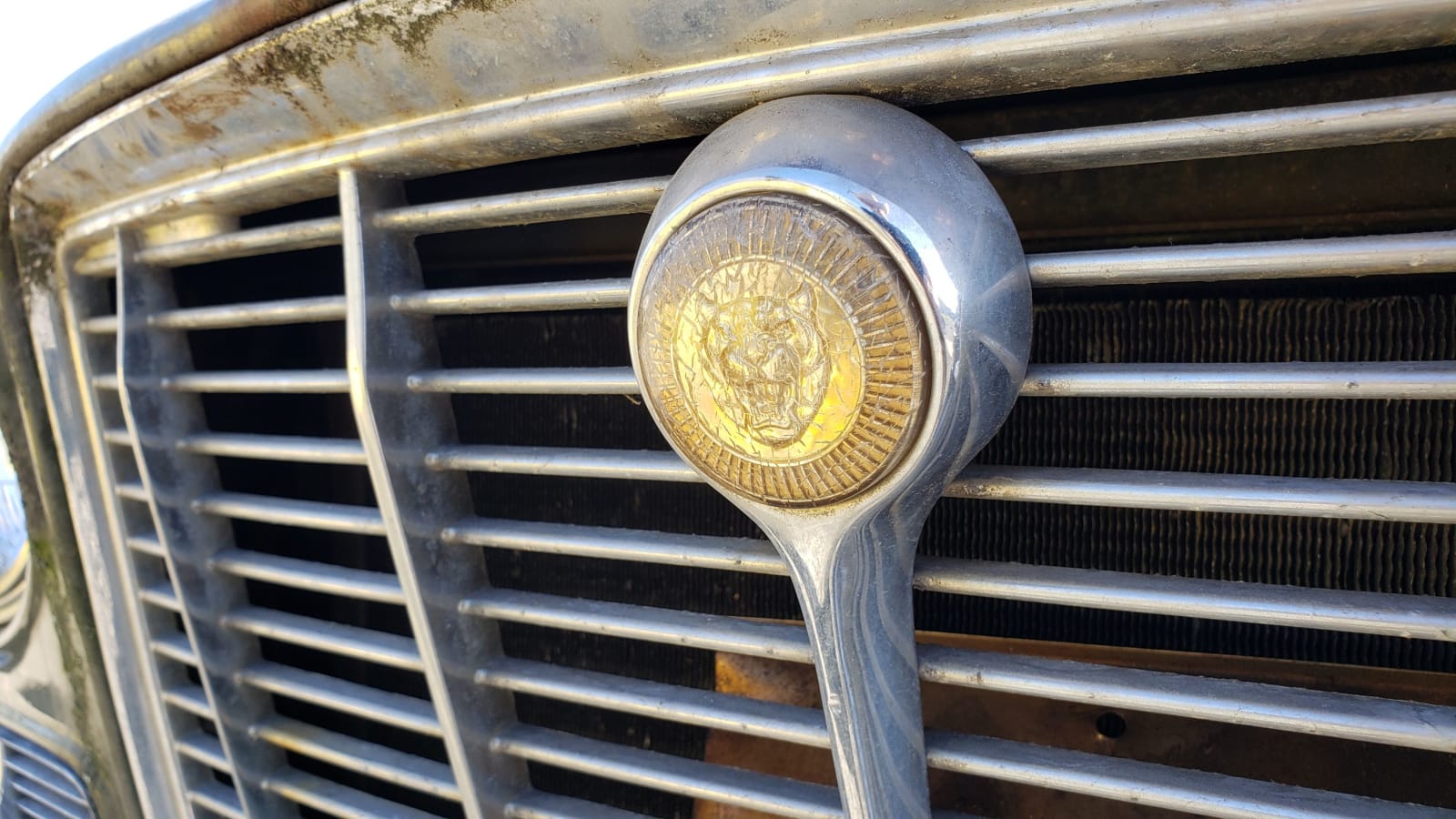 A beautiful and interesting car, for sure, but probably not worth restoring in this condition.

Though the XJ6 would get a major facelift the following year, becoming the Series 2, the Series 1 stood tall as the best-looking British Leyland car you could buy in 1973.