Once a big-car buyer's alternative to an Impala, now the home of many mice

During the late 1960s, General Motors ruled the American car landscape, growing so dominant that the federal government considered antitrust action to break up the company. The General offered sporty Corvettes and muscular GTOs and rugged pickups and opulent Fleetwoods, sure, but the fat part of the sales numbers came from the bread-and-butter full-sized sedans and coupes, which boasted superior engineering and modern-looking styling; in 1967 alone, the Chevrolet Division moved 972,600 full-sized cars, and that's not even counting the 155,100 full-sized Chevy station wagons that year. Pontiac, Buick and Oldsmobile sold the same big cars with division-specific engines and bodywork, and they flew off the showroom floors. For 1968, the entry-level full-sized car from Pontiac was the Catalina, and I've found an example of the most affordable version of the most affordable big Pontiac for 1968, discarded in a northeastern Colorado wrecking yard about 50 miles south of Cheyenne, Wyoming. 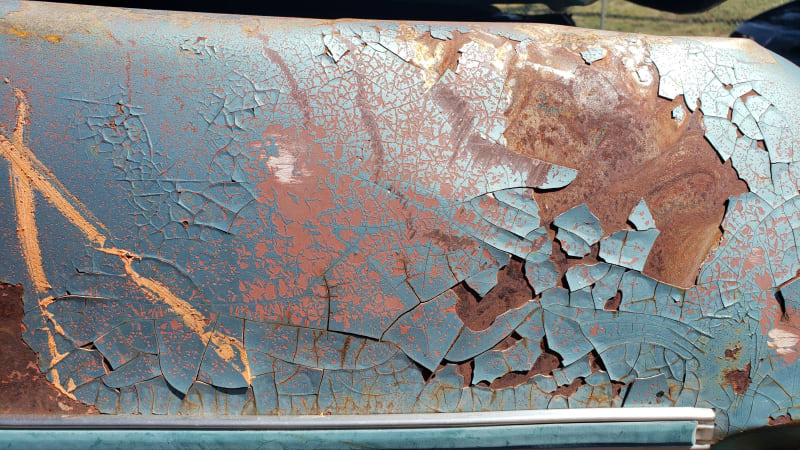 A '68 GM full-sized coupe, convertible, or even a four-door hardtop might be worth the cost and effort of a restoration, but a no-options base-trim-level post sedan with rust and plenty of body filler just won't get many takers these days. 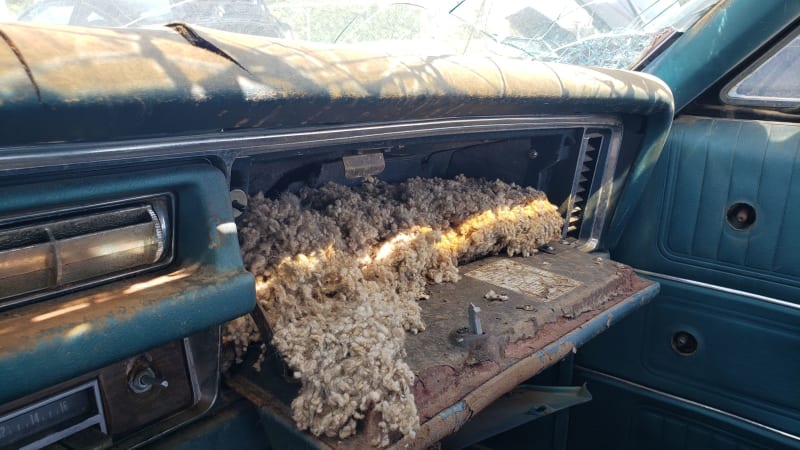 Like so many vehicles that sit outside for decades on the High Plains, this one is full of rodent nests. I wouldn't want to work on the interior of this car without a respirator and a lot of work with a shop-vac, because hantavirus is a significant danger in these parts. 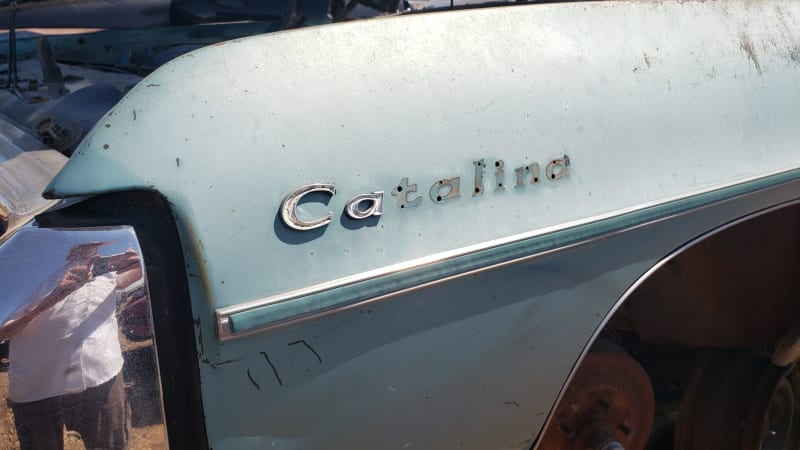 Alfred Sloan's plan to offer a stepladder of prestige for GM buyers, in which your first new car was a Chevrolet and you moved up through Pontiac, Oldsmobile, and Buick until you became sufficiently prosperous for Cadillac ownership, worked brilliantly for decades. In 1968, the Catalina was a notch above its Impala sibling on the Snob-O-Meter, with the sedan starting at $3,004 (about $22,600 in 2019 dollars). In fact, the V8-equipped 1968 Chevrolet Impala sedan listed at $3,033, and the Oldsmobile Delmont 88 went for $3,146, so the lines were beginning to blur between the relative positions of the lower-end GM divisions by this time. 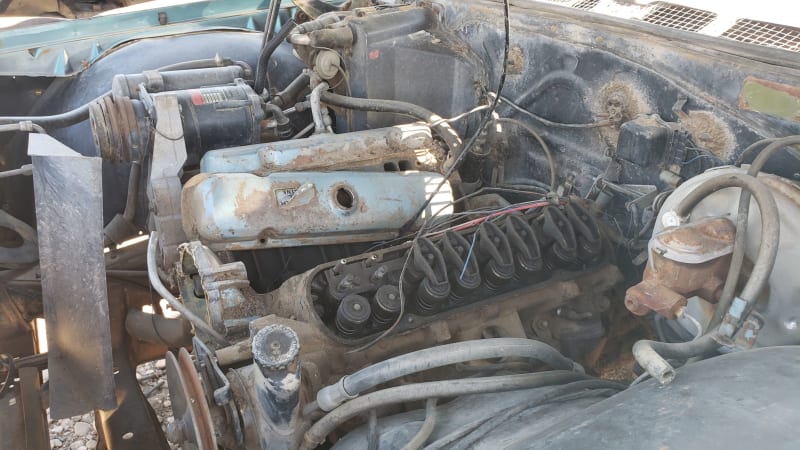 The base engine in the 1968 Catalina was a 400-cubic-inch (6.5 liter) V8 rated at 265 horsepower and enough torque to tow an aircraft carrier. The base 1968 Impala engine was a 307-cube (5.0-liter) V8 making just 200 horsepower, so the Catalina ends up looking like a steal for that year… if you could afford the gas (which became more difficult a few years later). Keep in mind that these are gross horsepower numbers, not the lower net power numbers that we use today. 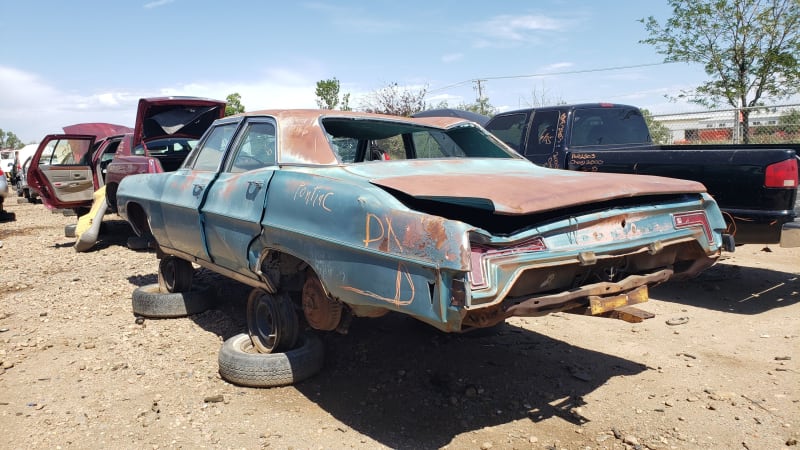 With GM's sophisticated-for-the-time four-link rear suspension, the Catalina handled better than the leaf-sprung full-sized Ford and Chrysler products of its era, though not as well as the far more advanced Mercedes-Benz W108 sedans of the time. However, a new 1968 Mercedes-Benz 280S sedan, with a mere 157 horsepower, cost a staggering $5,897— nearly twice as much as today's Junkyard Gem. GM certainly gave its full-size car buyers a lot of value for the dollar during this period! 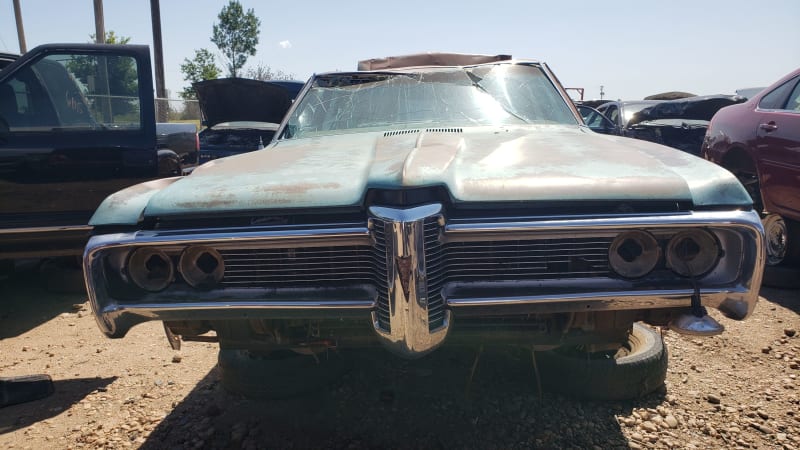 I find a dismaying number of Detroit sedans from the 1946-1970 era in yards like this, because those with the time/money/space to work on old cars tend to prefer coupes and convertibles. If you ever wanted to rescue one of these cars, do it now before all of them get crushed.

The class to beat the best!