ENSTONE, England — Renault aims to close the gap to Formula One's top three teams this season, and keep the smile on new recruit Daniel Ricciardo's face, after seeing a big step up in engine performance.

Renault Sport Racing Managing director Cyril Abiteboul said ahead of the unveiling of its 2019 car on Tuesday that the team was on the rise and needed to put the hard years of rebuilding behind it.

If long-term targets remained unchanged — podiums next year, and wins in 2021 before a championship challenge — there was quiet confidence at the former champions' expanded Enstone factory.

Renault finished fourth last year, still a long way behind reigning champions Mercedes, Ferrari and Red Bull, but with its engines winning four races in the back of the latter team's cars.

Abiteboul said progress on the engine over the European winter had been "substantial."

"It (the step up in performance) is the biggest we have ever done since the V6 was introduced (in 2014)," the Frenchman told reporters.

"It's the most productive winter we have ever had in terms of engine performance."

Renault and Red Bull split at the end of last year, leaving the French manufacturer with just two teams — their factory outfit and McLaren — while its former customers have switched to Honda.

Abiteboul said one benefit of that was Renault could now "fully control our communication" after years of public criticism from Red Bull about a lack of performance and reliability. 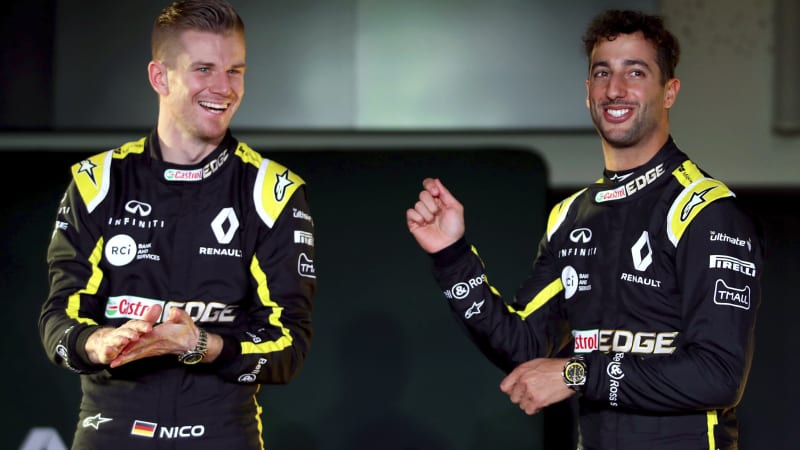 "On the engine side, yes we've had some issues and one issue is too many," he said. "We are aiming for zero DNFs (non finishes) related to either the chassis or the engine. We have no reason to believe it's impossible at this stage.

"We will have to balance performance and reliability, but it's a game everyone is playing in modern Formula One," Abiteboul added.

Renault has grown in numbers and spent heavily on equipment, bringing in new resources including two Breton 1500 matrix dynamic machine tools at around $1 million each within the last year.

Staff levels at Enstone have reached 750, including contractors, with a further 450 in France working on power units at Viry-Chatillon.

"With the new facility, we have more in-house production capacity which allows us to be more time efficient. And therefore being able to react quicker than before," Abiteboul said.

"We have confidence that we have a good platform."

Retired four times world champion and team special advisor Alain Prost, addressing staff before the launch, said he was impressed by the changes and hoped to see Ricciardo or German teammate Nico Hulkenberg on the podium this year.

"We are now becoming a big team," the Frenchman said. "We know what we want to do and where we are going."