It's no Leganza, sure, but it was cheaper than a Civic From 1988 to 1993, North American car shoppers were able to buy a new Daewoo from Pontiac dealers: the LeMans, a South Korean-built version of the Opel Kadett E. It wasn't until the 1999 model year, however, that Daewoo-badged cars became available in the United States, with the debut of the Lanos, Leganza, and Nubira. The descendant of the Lanos lives on here (as the Chevrolet Sonic), but the Daewoo name departed these shores in 2002. You won't see many Daewoos on American roads today, but I was able to photograph this very rare top-trim-level 2001 Nubira sedan in a Colorado self-service wrecking yard. 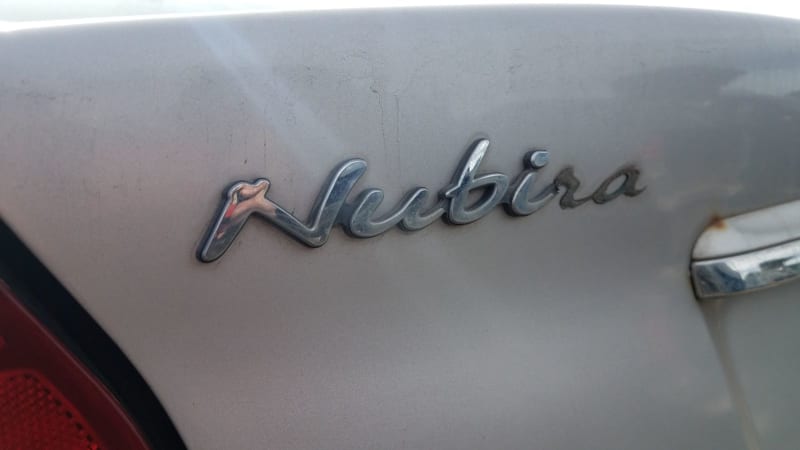 These cars were a bit cheaper than their Japanese rivals, but most American car buyers didn't feel so confident about an off-brand marque that they— correctly— felt would disappear in a few years. 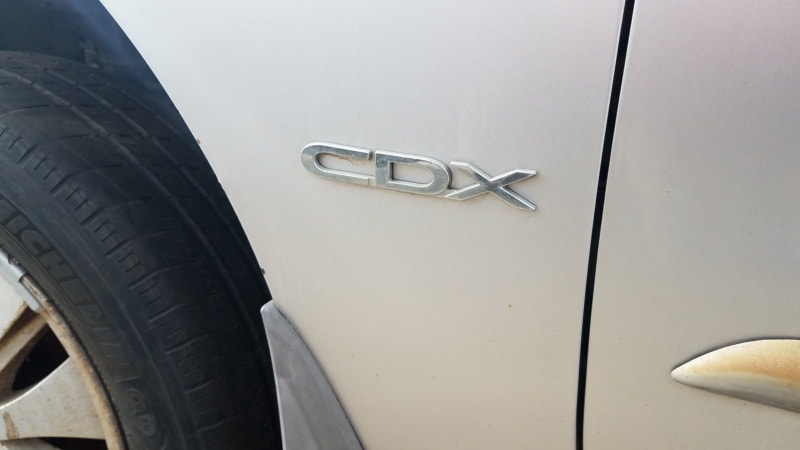 The CDX was the top trim level of the Nubira, and it came standard with such features as cruise control and a CD player. MSRP for the CDX sedan was $14,199, which didn't look like a bad deal next to the $14,995 Chevrolet Cavalier LS or the $16,910 Honda Civic EX. Daewoo found few takers, though. 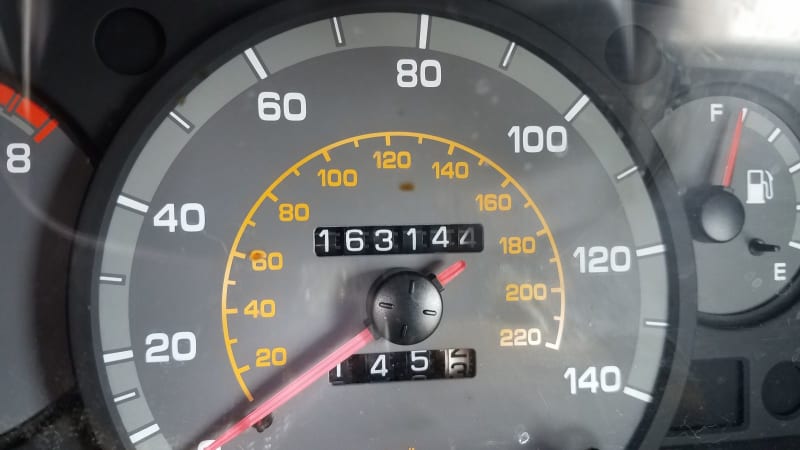 This one got well past 150,000 miles, so it appears to have held together well enough for its 17 years on the road. 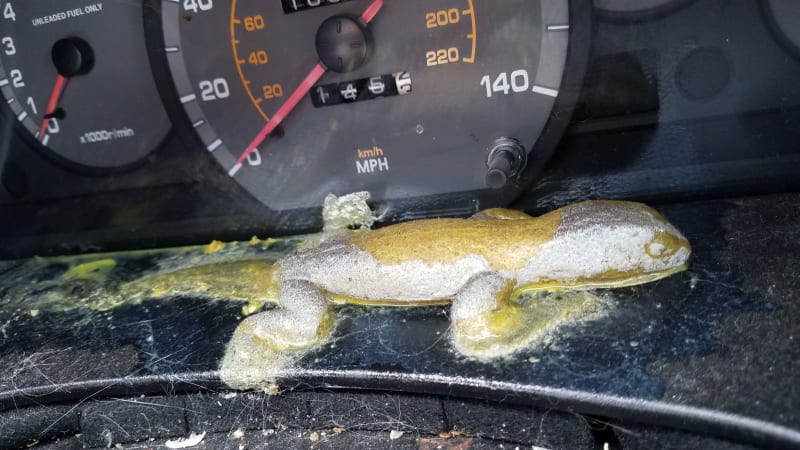 The melted, dog-hair-covered rubber lizard on the dash must have cut its resale value by at least half, when the Nubira's final owner was contemplating calling the wrecking yard. 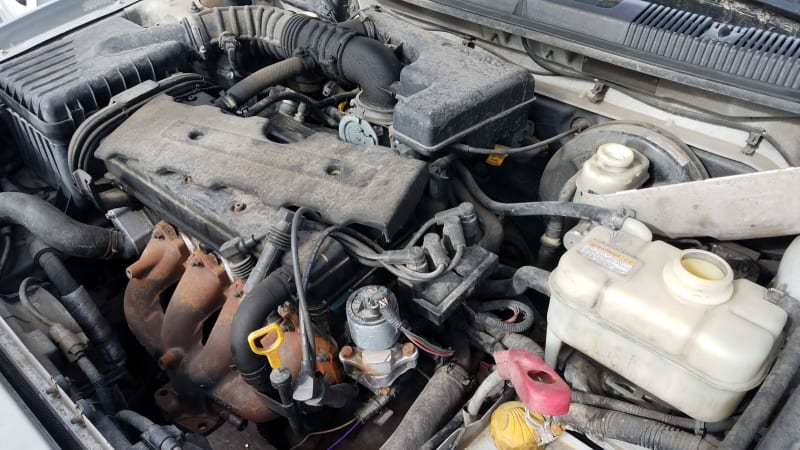 The engine came right out of the GM Global Parts Bin, a 2.0-liter Opel-designed DOHC four-banger, built in Australia by Holden and rated at 129 entirely adequate horsepower.

Much more reliable in the South Korean Mojave than a 1980s Celica!