You meet the friendliest EVs in Europe

Honda, once the epitome of spunky and unconventional automotive innovation, has flailed about for years trying to get the green formula right. The original Insight was a lovely but exceedingly specialized vehicle, but subsequent misfires let other companies seize the initiative. Toyota locked down the conventional hybrid space, Tesla made EVs luxurious objects of desire. In America, we look at the bizarre Clarity EV’s range and purse our lips with disapproval, wondering if the company simply doesn’t have the vision it needs to take leadership in the green space.

And then, we saw the Honda E Prototype. It’s a pat and overused phrase, but everything did change.

The little EV hatchback debuted at the Tokyo Motor Show … and what we saw there is pretty much exactly what Honda is going to sell, concept car touches and all. Saying it looks fresh doesn’t do the E justice. It manages to fuse an innate desirability with the easy, approachable, charismatic charm of the iconic Hondas of the past. And while it has that retro appeal, it isn’t a retro design. It’s more that it reinterprets the things that made classic Hondas so friendly and warm, without blatantly copying them.

In that vein, the dashboard is a lovely, flat, minimalistic sweep of horizontal woodgrain with an underslung black plastic component housing the vents and center console, which is an homage to the low, flat dashboards of classic Hondas. But rising vertically out of it is a monolithic band of screens, housing the side-camera displays, infotainment, and gauges. There’s an echo of third-generation Prelude, but it’s more bleeding edge than retro-futurism.

We’re visual creatures, so the fact that the Honda E made this sort of first impression is incredibly important. The Honda E tells you a short story about what it is the second you lay eyes on it. The sales pitch is instantaneous: it’s an EV that you are welcome to desire.

“We need more stylish EVs. Most EVs are dork-mobiles.”

Think about it, and that makes the Honda E stand out quite a bit. EVs are typically purchases that require a lot of rationalization, not an instant emotional investment. You’ll look at a spreadsheet rather than a pair of friendly, starkly round headlights. How long does the E take to charge? I’m not sure, I’m still taking it the cheeky black panel between the taillights, the camera nubs that replace conventional side mirrors, the similarly futuristic interior. Sure, anyone would look at the numbers eventually – our contemporary EV reality demands it, since there are stark limitations – but the E uniquely invites you to enjoy its friendly shape, its inviting styling.

Its closest analog in the EV world might be the Fiat 500e, an undoubtedly charming shape but one that it shared with the more successful internal-combustion 500. So it wasn’t novel, it wasn’t unique, and it was also a straight retro design play. The difference is what makes the E so fresh, and so appealing to folks like us, interested in EVs but generally uninspired by contemporary offerings.

And yes, I am an enthusiast (and also an EV owner – you can read more about that here). Most of us are, in this industry. Things that aren’t sold here – and the Honda E, it seems, won’t be – carry a seductive appeal. What’s forbidden is enticing. But I’d argue that what makes the Honda E truly enticing is its natural appeal, not its scarcity.

Around the office, most Autoblog editors would like to see the E sold in America, although that might not be likely. “We need more stylish EVs,” says West Coast Editor James Riswick. “Most EVs are dork-mobiles.” Even the practical limitations seem a low bar for the E to cross. Honda is not interested in a longer-range or larger E, which would undoubtedly increase its appeal to Americans, because the company believes “a range of more than 200 km with charging up to 80 percent in 30 minutes is practical for daily usage — not always carrying a huge and heavy battery around for maybe that one time at the end of the week where you have to drive a long distance.” In other words, the E is sized precisely for how its likely customers will actually use it. As Riswick puts it, “we live in cities where people are already driving 115-mile Leafs around.”

Indeed, Associate Editor Zac Palmer thinks the range issue is more about perception than anything else. “When all we could manage was around 100 miles in a BMW i3, that seemed sorta pitiful and useless,” he says. “But then looking at it in this light, that 100-125 miles of range doesn’t feel all that bad anymore.”

Consumer Editor Jeremy Korzeniewski adds, “Hauling around more than 200 miles worth of batteries will be silly once there’s a proper infrastructure with fast-charging capability.”

There are some notable dissenters. Associate Editor Joel Stocksdale thinks the E Prototype is “stylish and charming, and [likely] better to drive than basically every other short range EV available,” but worries that it wouldn’t suit Honda in America to reset its green vehicle leadership. He thinks a more traditional halo car might do the trick. The Sports EV concept, perhaps, or a reborn and electrified S2000. He did allow that the E would make a good partner for a production Sports EV, a sort of one-two punch from Honda targeting enthusiasts and urban commuters with a single electrified sub-brand. 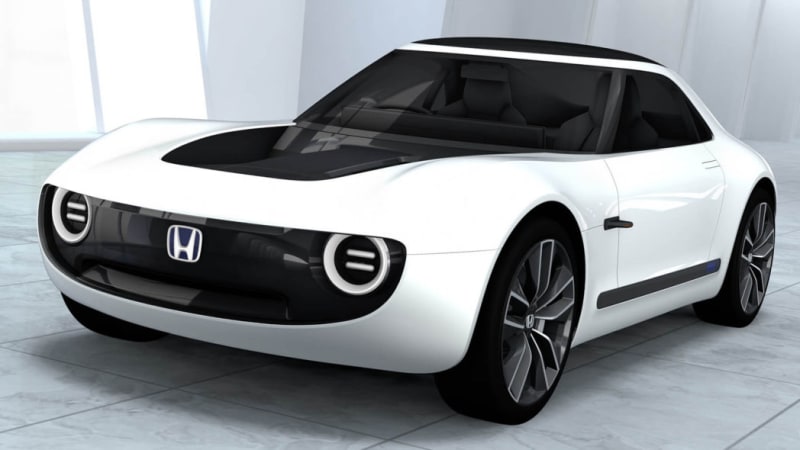 While longing for the Honda E in America might be futile – Honda’s project manager for EVs, Kohei Hitomi, told CarBuzz that it could be homologated for sale in North America but that the company has “other plans” – thinking about why the E made such a deep impression on us is useful. Mainstream American consumers aren’t buying EVs in significant volumes yet, but the E helps us think about how the segment might break down those barriers. Practical considerations like size, range and charging infrastructure certainly matter a lot. But the E shows us the intangibles that could help this segment make inroads in the meantime.

That said, Honda is going to follow demand. While the critical response has been good, actual consumer demand percolating up could change Honda’s tune on the E itself. We’re not suggesting you write a letter to Honda’s corporate offices, but then again, could it hurt?