Mopar Hellephant is sold out, but here are 4 other awesome crate V8s to try

They're not as powerful, but they are still appealing

Joel Stocksdale
Despite a relatively enormous $30,000 price tag, Mopar's 1,000-horsepower supercharged Hellephant crate engine sold out in just 48 hours. Some enthusiasts may have missed out on the crazy engine due to lack of funds, or they just assumed there would still be some Hellephants down the line. But worry not, swap-happy gearheads. There are plenty of V8s in the world to pick from, and we highlighted four favorites. They're not as powerful, but they're all cheaper, and still have a lot to offer. 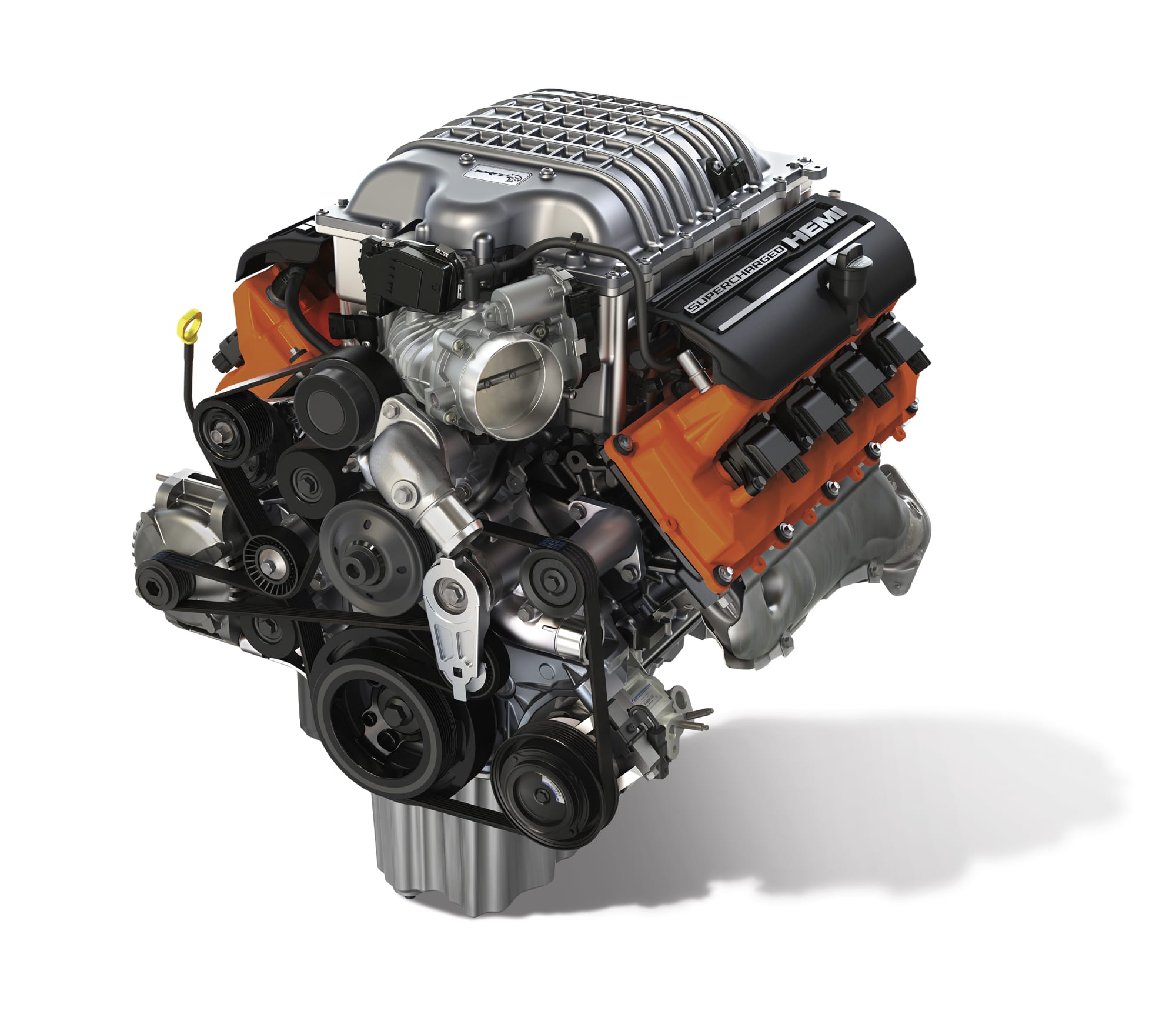 Odds are a lot of prospective Hellephant buyers were Mopar fans to begin with, so we'll start the list with the next-most-potent offering: the Hellcrate. This is the same supercharged 6.2-liter V8 found under the hood of the Dodge Charger and Challenger Hellcats and the Grand Cherokee Trackhawk. It makes 707 horsepower and 650 pound-feet of torque like those cars, too. It's also about $10,000 cheaper than the Hellephant engine at $20,020, and that leftover money can be used to finish the project or for aftermarket upgrades to get it closer to the Hellephant's output. 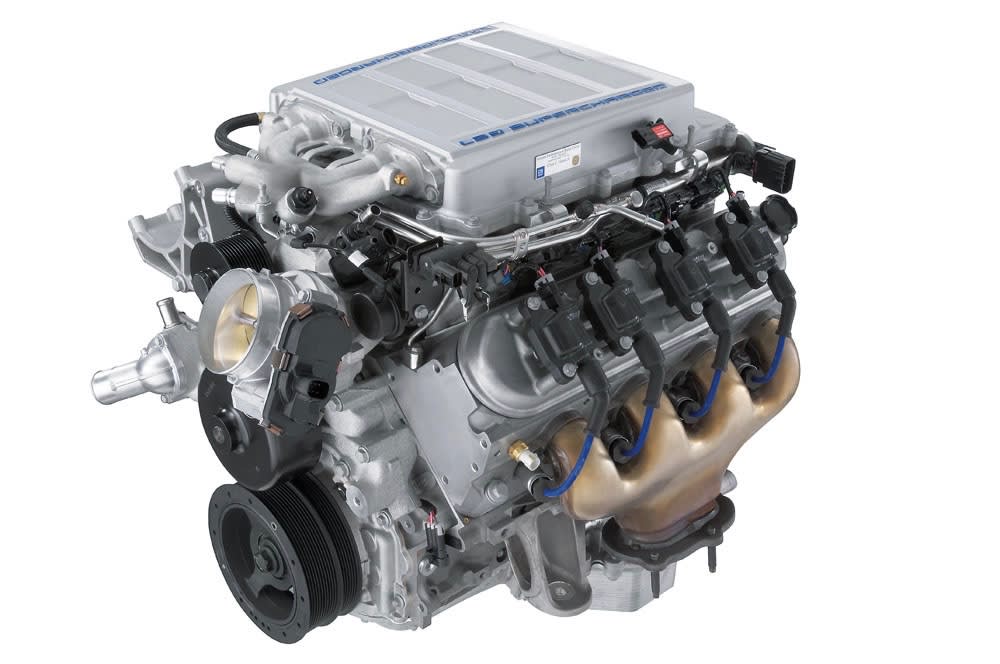 The Hellcrate isn't the only factory supercharged crate engine on the market. From General Motors comes the supercharged 6.2-liter LS9 V8. This is the engine that was used in the C6 Corvette ZR1. At 638 horsepower and 604 pound-feet of torque, it doesn't make as much power or torque as the Hellcrate. But it does boast a dry sump oil system. So instead of pumping oil out of a pan at the bottom, the engine uses an oil tank mounted remotely that pumps oil into the engine. This means the engine is shorter overall, and can be mounted lower for a better center of gravity. It also means that there's almost no risk of running the engine dry in hard cornering, as could happen with a normal oil sump where the oil can slosh to the side without the oil pump. Basically, it offers some major benefits if you want supercharged V8 power for a road course car. It's also a tad cheaper than the Hellcrate at $18,149. But get one while you can, because GM is only selling what's left from when it was building the C6 ZR1. 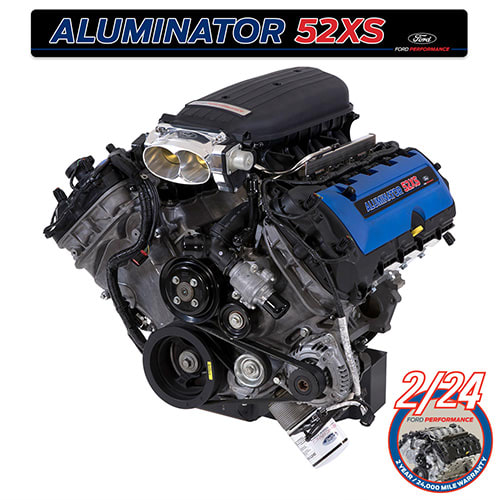 Our pick from the Blue Oval lacks a supercharger, but it's still pretty sweet. It's partly based on the Shelby GT350 engine, using its block and oil pan, but features several changes including the use of a Cobra Jet intake manifold and throttle body, revised cam profiles and different connecting rods, pistons and head bolts, it makes 580 horsepower and 445 pound-feet of torque. Impressively, that's more than the GT350 with its 526 horsepower and 429 pound-feet of torque. Unfortunately, the Aluminator doesn't use the GT350's wild flat-plane crankshaft, but it's still a high revver with a redline of 7,800 rpm. It barely fits price-wise between the Hellcrate and the LS9 at $19,995. 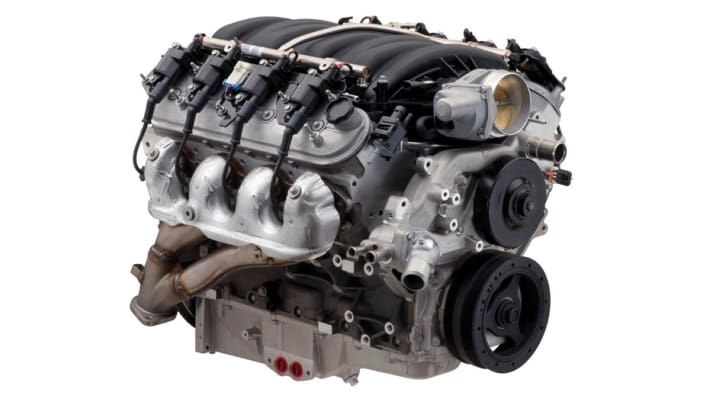 Before there was the GT350 and the Aluminator engine, there was the C6 Z06, Camaro Z/28 and the LS7 engine. Though the Aluminator and the GT350's Voodoo engines eclipse the LS7 in revs and power, the GM engine's 505 horsepower, 470 pound-feet of torque and 7,000 rpm redline are still impressive. It's an engine that at least one of our editors still fantasizes about today. It also brings a dry sump oil system to the table like the LS9. To sweeten the deal, it's the most affordable of the engines on our list at $13,293.28. We're not entirely sure why GM decided to price it down to the penny, but we don't really care with this classic power plant.

Update: A previous version of the post mistakenly said the Aluminator engine used the flat-plane crank from the GT350. It actually uses a cross-plane crank. The text has been changed to reflect this.
X