The all-new Forester continues Subaru's strong showing in the segment

The 2019 Subaru Forester is its fifth generation. The popular crossover is Subaru's second-best-selling model in 2017 after the Outback, and it received subtle updates, a more rugged appearance and some new technology for the new model year.

It's built on Subaru's new Global Platform, with a 1.2-inch longer wheelbase for a smoother ride and 1.4 more inches of rear legroom. There are new, more comfortable seats in front, a wider tailgate opening, more cargo room and standard EyeSight driver-assist technology and Starlink infotainment package, including Apple CarPlay and Android Auto compatibility. 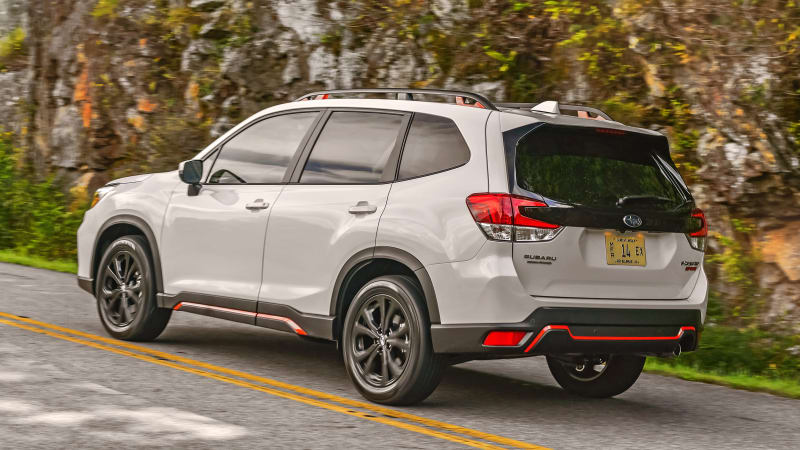 Five trim levels are offered: Base, Premium, Limited, Touring and a new Sport model. All models share a CVT as the only transmission option, and the latter two are offered with a manual mode and steering wheel-mounted paddle shifters.

With this buyer's guide, Autoblog aims to help you make an educated decision about whether to buy the 2019 Subaru Forester. We'll include safety and reliability ratings, engine specs and horsepower, fuel economy ratings and pricing. We'll also summarize what Autoblog's professional reviewers think of the Forester.

The National Highway Traffic Safety Administration had yet to rate the 2019 Forester as of this publication, but it gave the 2018 version an overall five-star rating, its highest possible. It gave it four stars for frontal crash protection, five stars for side crashes and four stars in its rollover crash tests.

Likewise, the Insurance Institute for Highway Safety hasn't evaluated the 2019 model, but it has named the Forester a Top Safety Pick for 12 consecutive years going back to 2007. That's despite the 2018 Forester earning a "marginal" rating for passenger-side small front overlap crash protection, which replicates a crash impacting a vehicle's front corner at 40 miles per hour. It earned "good" ratings in every other crash-test metric, and a "superior" rating for front crash prevention, when equipped with the EyeSight driver assist technology. The latter comes standard on the 2019 model.

We'll update this once ratings are updated, but we encourage you to visit the NHTSA and IIHS websites to review ratings on the specific vehicle you're researching. 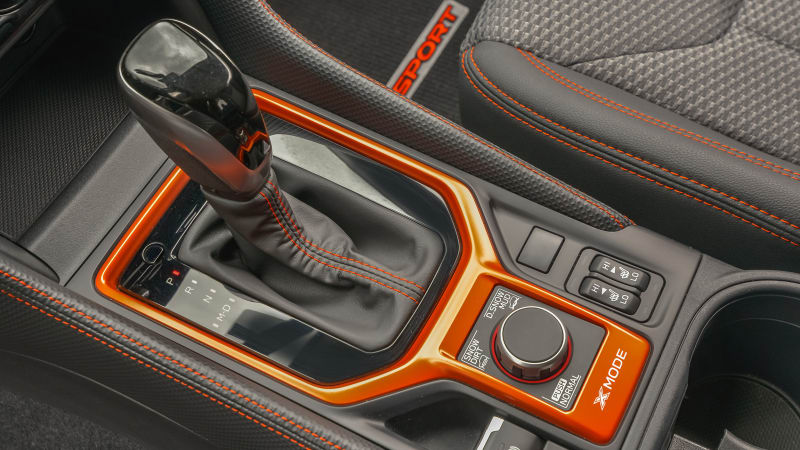 Is the 2019 Subaru Forester reliable?

Subarus are generally known for their reliability and longevity, and indeed, the company cites IHS Markit data that shows 97 percent of all Foresters sold in the past 10 years are still on the road.

For third-party validation, we turn to J.D. Power, which gave the 2018 Forester an overall score of 75 out of 100 — considered average. It gave it a 6 out of 10 — below average — for overall quality, 8 for overall performance and 9 for overall depreciation, putting it among the best vehicles at retaining value over time.

We should note that Autoblog has raised concerns about the way J.D. Power weighs serious and less-serious reliability issues. You can read more about that here.

NHTSA reports one recall involving 3,654 2018 Foresters to replace a certification label indicating the incorrect wheel size, tire size and air pressure, but none for the 2019 model at the time of this writing. 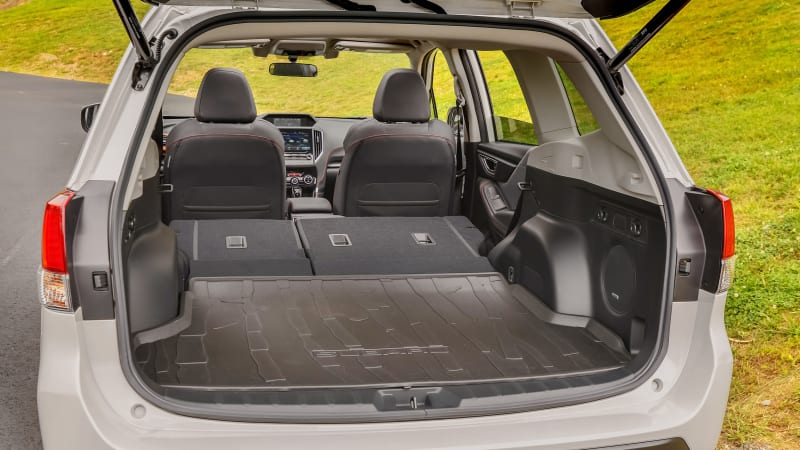 How much interior and cargo room does the 2019 Subaru Forester offer?

For comparison's sake, let's take the 2018 Ford Escape, another popular compact crossover. It offers 39.9 inches of head room in front and 39 inches in the rear, and up to 43.1 inches of front legroom and 36.7 in back. It offers 34 cubic feet of cargo volume behind the second row and 68 cubic feet with the seats folded flat.

What are the 2019 Subaru Forester's engine specs and horsepower?

All models are powered by a 2.5-liter, direct-injected boxer four-cylinder engine. It makes 182 horsepower and 176 pound-feet of torque. 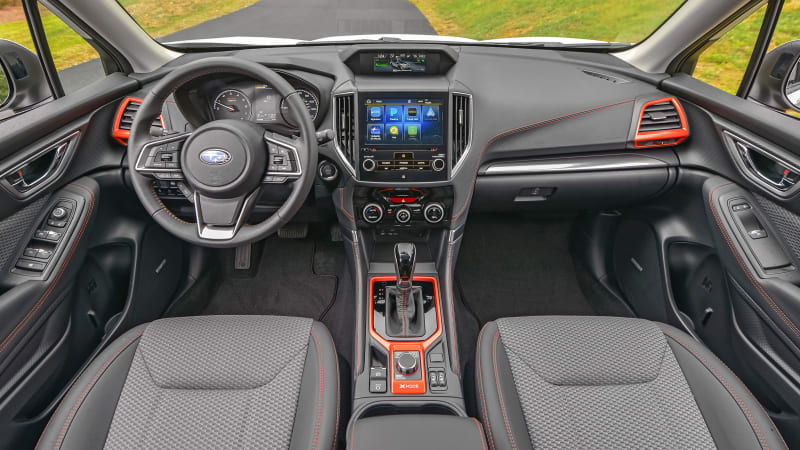 How fuel efficient is the 2019 Subaru Forester?

The EPA rates the all-wheel drive 2019 Forester at 26 miles per gallon in the city, 33 on the highway and a combined 29 mpg.

How much does the 2019 Subaru Forester cost?

Use Autoblog's Smart Car Buying program powered by TrueCar to search out competitive local pricing and savings on the 2019 Subaru Forester. 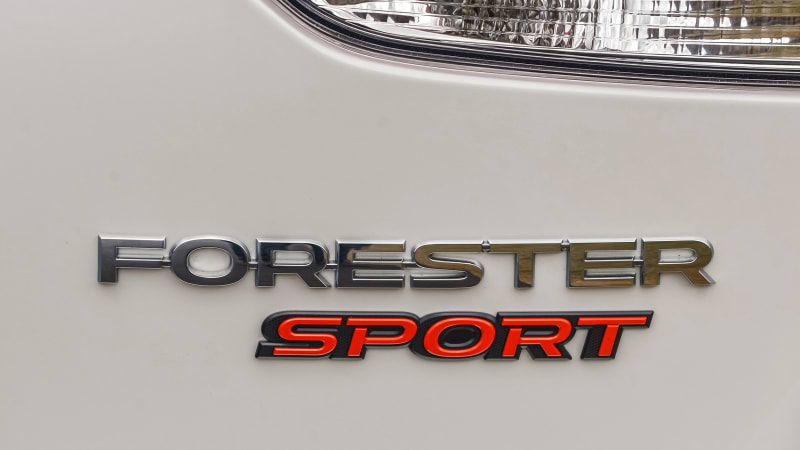 What does Autoblog think of the 2019 Subaru Forester?

Autoblog reviewed the 2019 Forester in September, and came away impressed that a raft of subtle changes – the Forester doesn't look all new at a quick glance – added up to a big improvement. Senior Editor John Snyder said, "All in, the revisions to the Forester make it stand out as an easy driving, spacious and capable all-wheel-drive crossover. It's more fuel-efficient than most of its front-drive competitors, apart from the Honda CR-V. It's more fun than the Honda, which seems to be the fiercest competition for the Forester, with more power and cargo space." 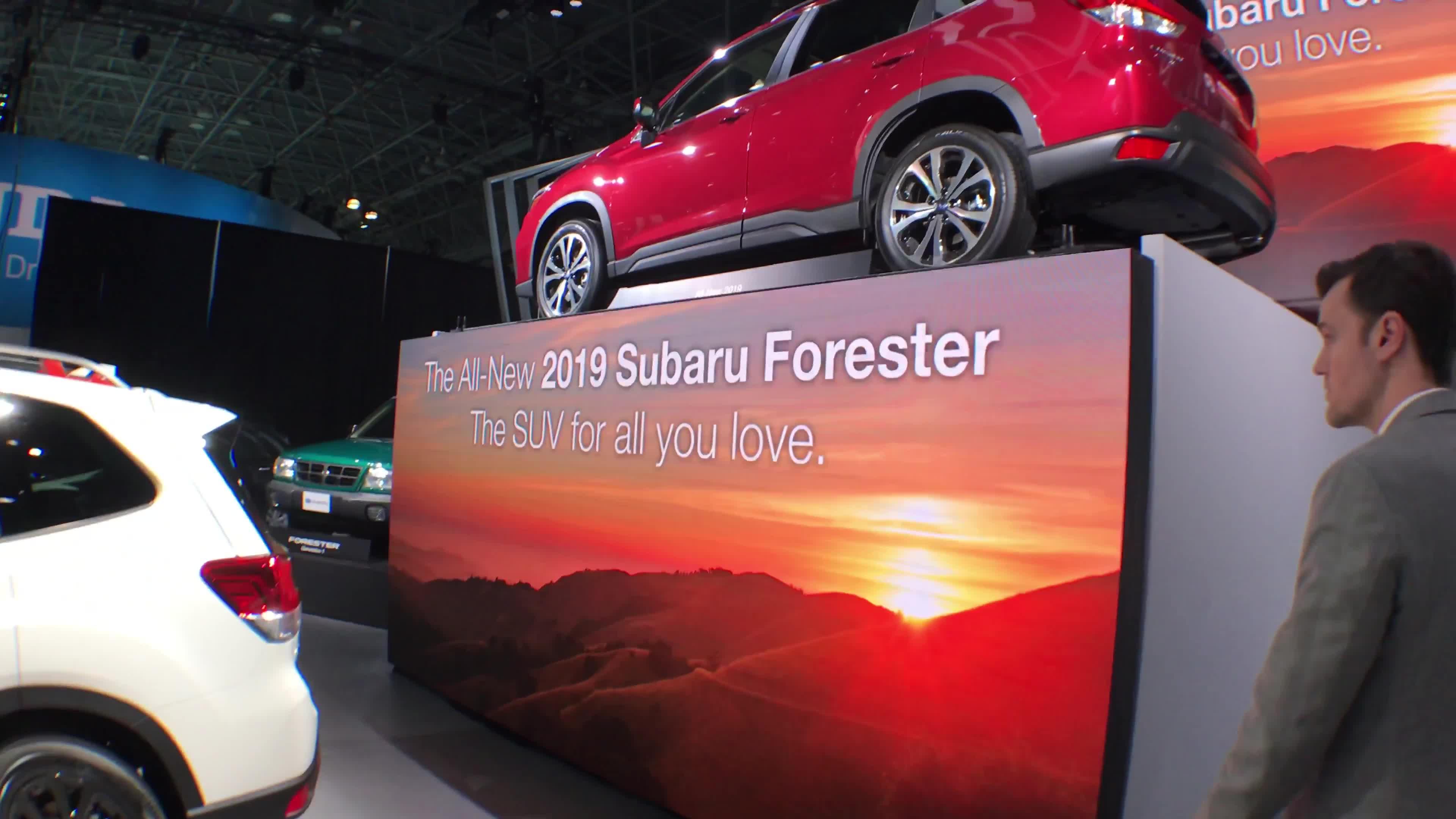