This and the Pacifica Hybrid begin FCA's about-face on electrification MILAN — Fiat Chrysler (FCA) said on Monday it's preparing to begin production of a plug-in hybrid version of the Jeep Renegade as the carmaker pushes ahead with its electrification drive to meet tougher emissions rules.

The world's seventh-largest carmaker said in June it would invest 9 billion euros ($10.3 billion) in electric and hybrid cars over the next five years to become fully compliant with emissions regulations across regions.

It also pledged to phase out diesel engines in European passenger cars by 2021.

The Jeep Renegade plug-in hybrid, expected in the market in early 2020, will be produced at FCA's Melfi plant in southern Italy, which is already churning out the combustion engine version of the model and the Fiat 500X crossover, FCA said.

More than 200 million euros will be spent on the new engine, the company said, adding workers would be retrained for the new technology and the plant modernized.

By 2022, FCA plans to offer a total of 12 electric propulsion systems, including battery electric vehicles (BEV), plug-in hybrids (PHEV) and full hybrids, it said, adding 30 different models would be equipped with one or more of these systems.

Former FCA Chief Executive Sergio Marchionne had long refused to embrace electrification, saying he would only do so if selling battery-powered cars could be done at a profit.

He even urged customers not to buy FCA's Fiat 500e, its only battery-powered model, because he was losing money on each sold. But Tesla's success and the need to comply with tougher emissions rules forced Marchionne to commit to what he used to refer to as "most painful" spending.

Marchionne died unexpectedly in July after succumbing to complications from surgery, but his successor, Mike Manley, vowed to continue the strategy laid out in June. 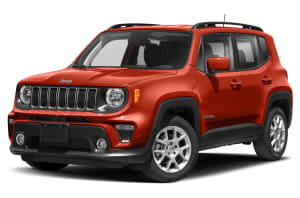