Sure, the Ranger Raptor is cool, but what I really want is a Ranger ST

And this is how Ford could do it Ford's announcement that it would give the new Ranger small pickup truck the hardcore, high-speed off-road Raptor treatment of its big F-150 sibling was received with unanimous excitement from the automotive world. It looks just as brawny and capable as the big one, but in a more manageable package. I, too, was excited. But it's not the performance pickup truck I really want. There was once a time when automakers were rolling out tricked-out trucks made for the street. They had better handling, and were way faster than the normal trucks, especially the old SVT Lightning Ford F-150s and the Viper-powered Dodge Ram SRT-10. Those have all but disappeared, but I think the Ranger would be perfect to bring the segment back, ideally with a version called the Ranger ST, and here's how.

One of the things that makes the Ranger perfect as a potential street performance truck is under the hood. All the American-market Rangers get a 2.3-liter turbocharged four-cylinder. It's a variant of the same engine found in the Ford Mustang EcoBoost and Ford Focus RS. The versions in both of these cars share impressive stats, with the Mustang's making 310 horsepower and 350 pound-feet of torque, and the RS bumps the power up to 350. Honestly, as much fun as the full 350 horsepower would be in a Ranger, just the 310 with 350 pound-feet would be plenty entertaining, since it already is in the Mustang. 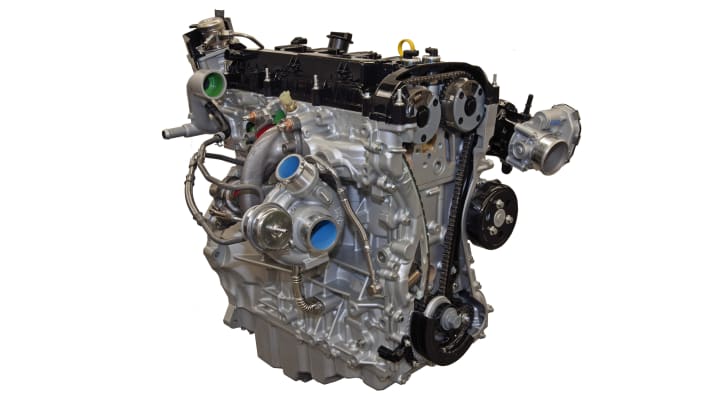 The other great possibility that sharing an engine with the Mustang presents is the fact that there's already a manual transmission set up for a longitudinal engine and rear-drive waiting in the wings. And let's face it, as good as the 10-speed automatic may be, it can't beat the shear entertainment of shifting for yourself. Having a manual transmission would also be a great marketing point, the same one Ford used for Fiesta ST, Focus ST, and the Focus RS. And speaking of marketing, Ford's ST brand is a healthy one that the company is clearly happy to expand on — just look at the Edge ST. And that automatic-equipped warmed over Edge Sport has less performance potential than what we're proposing here. Not only that, no one else is competing in the area of sporty street trucks, so Ford would have the market to itself.

So the basic ingredients exist to give a hypothetical Ranger ST the grunt of an ST Ford, but what else would be needed? Well, it should probably just be rear-drive, and of course with a standard limited-slip differential. That would help differentiate it from the upcoming Raptor, and no enthusiast is going to complain about rear-drive. It would also mean Ford wouldn't have to find a way to mate a Mustang transmission to a four-wheel-drive transfer case. The handling would need to be addressed, which would probably come in the form of lowered suspension, firmer springs and stiffer sway bars. Then finally, it would need a bit of ST appearance items. So a black mesh grille that looks a little angrier, maybe a lip spoiler and some side skirts to make it look even lower, and of course some hip-hugging seats inside (but maybe not as hip-hugging as the ones in the other ST cars).

And that's pretty much it. Boiling it all down, just take a two-wheel-drive Ranger, make sure it has at least as much power and torque as a Mustang EcoBoost, throw in a manual, lower it, make it look mean, and call it a day. It would be a unique offering in the market, but one that fits Ford's existing performance lineup. And it would be a total hoot. C'mon, Ford, make it happen.