This latest teaser gives us some new details.

Reese Counts
The chefs at Hyundai's new N performance division are working on their first dish, a Korean take on the ever popular hot hatch. The new model will be a modified version of the i30, or Elantra GT here in the US. Hyundai Motor Europe revealed a new teaser today showing the car testing on public roads in the UK. While we could cross our fingers for this spiritual successor to the Renault 5 Turbo, the car appears to be a traditional Volkswagen GTI and Ford Focus ST competitor.

The first teaser from March showed the new i30 dancing around at a snow-covered testing facility in Sweden. While the video did give us a few cool shots of the new car tossing up a bit of the white stuff, it didn't actually reveal any new details. This new video is different, showing what might be the car's horsepower and torque rating. A quick shot of a computer screen shows 257.5 PS at 6,000 rpm and 302.1 Nm, which translates to about 254 horsepower and 223 lb-ft of torque in American. It's unclear if this is power at the crank or the wheels, but it seems to be right in the middle of the pack for the segment. 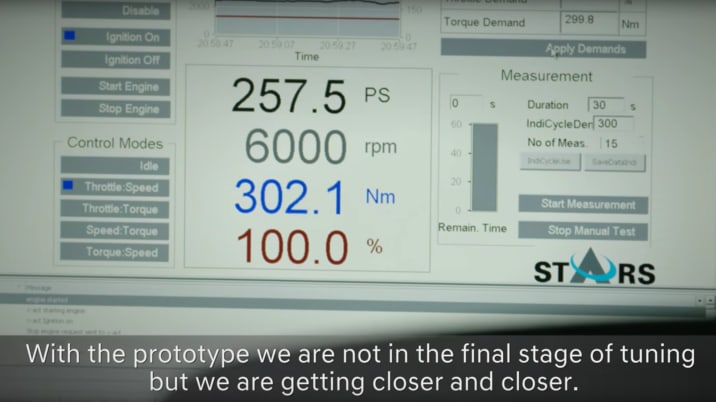 We're really looking forward to this new model. Hyundai (and Kia for that matter) has been on a roll the past few years. Its cars are no longer simply value buys. The Elantra Sport shows the company is capable of building a enthusiastic little all rounder that can compete with the big guys. It looks like the car is in the final stages of development, so look for a full reveal sometime this fall.