One step forward, but everyone else has taken two.

Alex Kierstein
The more things change, the more they stay the same. When we first drove the 2017 Ford Escape back in May 2016 with the powerful 2.0-liter EcoBoost engine, crossovers were booming – second only on the sales charts to full-size pickups. It's now early 2017, and guess what? Crossovers are still booming. The only difference is, we're spending a week in a less-powerful Escape equipped with the smaller, 1.5-liter EcoBoost engine, and we're not sure it's up to snuff in this cutthroat CUV market.

Let's set the stage for the task the 179-horsepower, 1.5-liter Escape has in front of it. These crossovers are volume vehicles, selling in the hundreds of thousands every year. Competition is fierce, the stakes are high, and the payoff for building a hit is immense. To put this in perspective, the Escape sits in fourth place among CUVs according to the January 2017 sales numbers, with Ford moving 20,588 of them last month. That makes it the eighth-best-selling vehicle overall in the US, and the best-selling domestic vehicle that's not a full-size pickup – not too shabby, right? This is the big leagues.

The problem is that all the direct CUV competitors that matter crowd above it. The Honda CR-V currently has the 2017 CUV sales crown, with 29,287 units, followed closely by the Nissan Rogue (28,760) and Toyota RAV4 (22,155). Honda and Toyota are also playing for keeps. The CR-V and RAV4 are better than they've ever been – comfortable, quiet, powerful, and stuffed with convenience options. And the 2017 CR-V, which impressed us with its various improvements as well as the powerful and efficient 1.5-liter turbocharged four from the Civic, erodes one of the Escape's draws: a choice of two turbocharged engine options. 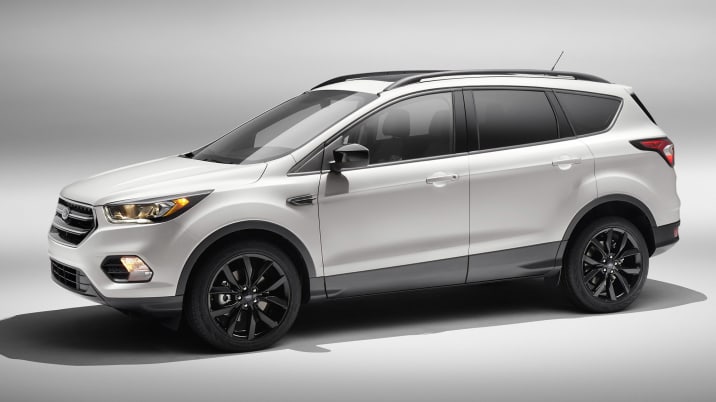 In our first experience with it, we liked a lot about the 2017 Escape. The redesign is mature and handsome on the outside, and brings improvements inside. Crossovers are generally ubiquitous in a contemporary parking lot, but the Escape's sharp looks (accentuated by the Sport Appearance package's glossy black wheels) managed to start a few conversations. At a big box store, for example, an employee swooned over the Escape and asked if she should trade her Fiesta in on one. Credit the very successful facelift, I'd say.

In its time with me, the Escape hauled a variety of friends and family members on several trips. I found the relatively uncontoured seats to be surprisingly comfortable on the longer stretches, and there were no complaints from those in back. With the rear seats folded down, there's an impressive amount of room – a full 68 cubic feet, enough to swallow a 50-inch TV box with space to spare. As capacious as the Escape is, real winners in cargo volume are the competitors: the RAV4 can swallow more than 73 cubes, and the current CR-V about 71. 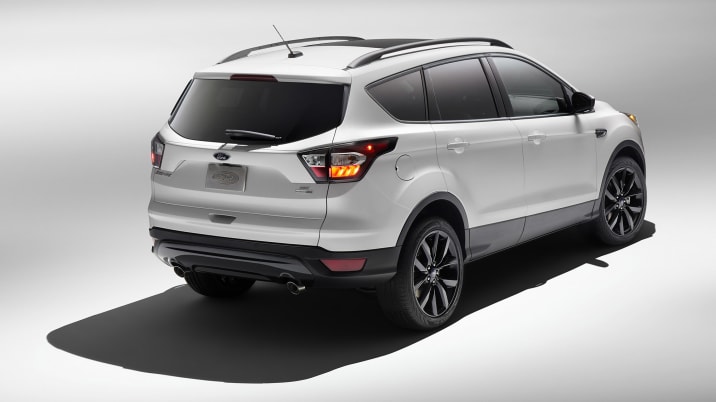 Sync 3 isn't our favorite infotainment system, but as implemented in the Escape its basic functions are intuitive, and the response time is acceptable. A physical "Display" button is greatly appreciated – a quick stab makes the rather bright, distracting touchscreen disappear immediately. It can also be re-summoned with another quick button stab. Destination input in the nav app is among the best I've used, the interface fast and straightforward.

Attractive, utilitarian, and with an infotainment system that aggravates less than most, the Escape has a lot going for it. There are some gripes, however. I didn't see anything close to the 24-mpg combined EPA rating in my week with the Escape. Of course, EPA ratings differ significantly from real-world results, and the EPA test cycle doesn't look much like my circuit of errands and outings. Even so, I expected to see more than the roughly 21.5 mpg indicated the Escape returned, even though I was driving it conservatively. The economy was disappointing particularly given the 1.5-liter's lack of overall grunt. Its larger-displacement competitors all beat it in EPA testing, and considering how small turbocharged engines perform in the real world, they're likely to beat the Escape out on the road as well. 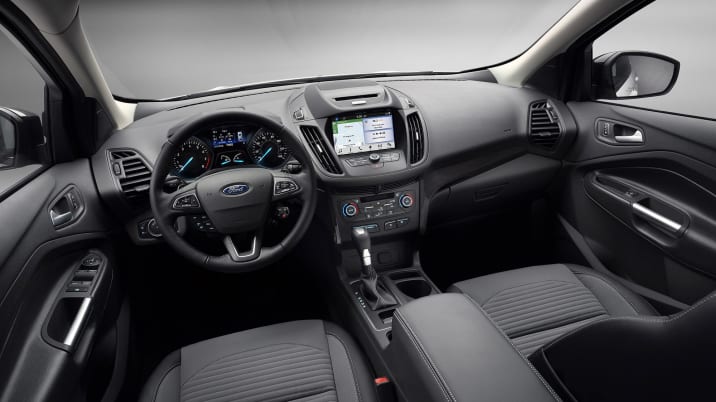 We had a few minutes with the 1.5-liter on our first drive, even though we focused on the 2.0-liter. At the time, our reviewer found the Escape to be "near-silent" under most loads. This time around, that isn't the case: The 1.5-liter proved to be a buzzy companion. It works hard to move the Escape, especially up the rolling foothills of Western Washington. Uphill, the poor Escape reels, punchdrunk, from bogging at the cusp of stalling to suddenly surging forward after a double downshift. Give the accelerator a harder shove, wait for the little engine to come into its powerband, and it moves along with some authority. It's just that in normal driving, the transmission does its very best to keep you out of that thirsty powerband, keeping that turbo unspooled and the engine in the more economical confines of the lower rev range. This is understandable if you consider our tester merely one of a multitude of Escapes that are ultimately just numbers on a CAFE economy standards spreadsheet. Unfortunately, it's not a compromise that works well in the real world.

Ultimately, the 1.5-liter Escape is a mixed bag. It is undeniably handsome, and the interior is comfy. Its Sync 3 system is, among the competitive set, arguably the strongest choice. But the frenzied engine rankles, and perhaps the much stronger 2.0-liter EcoBoost engine – less fuel-efficient, sure, but packing a compelling 245 hp and 275 lb-ft of torque – is the best Escape to do battle with its CUV peers. To mis-paraphrase an old idiom, if you can't beat 'em, smoke 'em, which the hot-rod 2.0-liter Escape certainly can. Since there's plenty of choice in the CUV sphere, Ford should start thinking now about how to push the much-improved 2017 CR-V from the top of the heap. 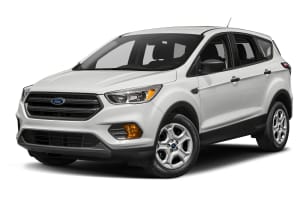