Is this the fourth-gen Toyota Prius? [w/video]

New Toyota Prius Gen 4 in stealth?  from Savior1974 on Vimeo.

A new video has appeared on Prius Chat of a camouflaged hatchback that just might be the next Toyota Prius. There's nothing here that concretely proves what we're looking at is the fourth-generation model of the world's best-selling hybrid, but upon first glace, the Prius guess makes sense. In an ironic twist, the car was caught because it needed gas.

Prius Chat user Savior1974 says that the car was spotted on a drive between Las Vegas and California in Baker, CA. Savior1974 wrote, "As we are leaving we see a car dressed as it were being road tested. Upon further inspection it looks like it might be a Prius. I took a quick video as I drove by but it's not the best quality."

The launch of the next-gen Prius has been delayed because of more work that was needed to make the car more efficient and to improve the styling. Work on getting the Prius to work well with the new Toyota New Global Architecture platform also needed more time. Last summer, we heard rumors that the Prius' new design would be finalized in November 2014.

There are a few points to keep in mind that might point to this being something other than the next Prius. First, the all-black, electrical-tape-style camo is not the normal wrap that the Toyota Technical Center uses for testing (compare with these early shots of the Prius C and these other fourth-gen Prius spy shots). Second, the Baker grade between Las Vegas and California (where the video was shot) is full of vehicles being tested by any number of automakers. Nonetheless, the lines of this car do look like a Prius, so we leave you with a gallery of stills from the video and, of course, the video itself, above. 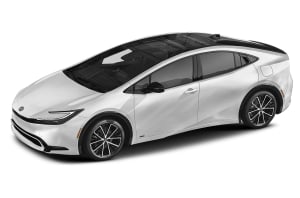 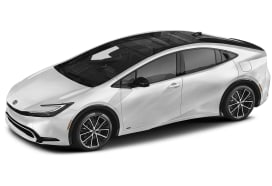 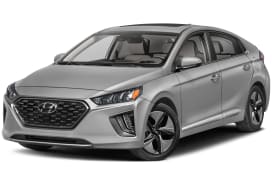