2013 Chevrolet Spark gets refreshed for Europe

The Chevrolet Spark minicar may just now be hitting the big roads of the United States, but the car has already been on sale in other markets, including Europe, for a while. And because of that, the Euro-spec Spark has undergone a minor facelift for the 2013 model year, showing its slight nip/tuck here at the 2012 Paris Motor Show.

You'll have to look closely to spot the differences, but changes up front include redesigned headlamp and foglamp units, as well as a lower front grille that sweeps all the way across the underside of the bumper. Out back, the LED center brake lamp has been incorporated into the rear spoiler, and inside, storage has been improved thanks to a slightly redesigned center console.

In Europe, the Spark is offered with two tiny-displacement engine configurations: a 1.0-liter inline-four producing 68 horsepower or a 1.2-liter four with a whopping 82 hp on tap.

For the full list of enhancements, scroll down to read General Motors' press release.
Show full PR text
Spark up your life

Spark was built to be edgy and expressive and its revitalized appearance takes this philosophy a step further. A redesigned dual-port grille and front bumper as well as restyled head lamp covers and fog lamps combine to give Spark a fresh new face. Spark also features redesigned 14 and 15-inch alloy wheels that accentuate its sportier, more grown-up stance. At the rear, the center high-mounted LED stop lamp has been integrated into the spoiler above the window, resulting in improved rear visibility for the driver.

Modifications carried out inside include new decor elements as well as a remodeled center console with enhanced storage. The Chevrolet Spark is powered by a 1.0L 68-hp or 1.2L 82-hp gasoline engine. Both engines require 5 liters per 100 km on a combined cycle, while CO2 emissions average 118 g per km. 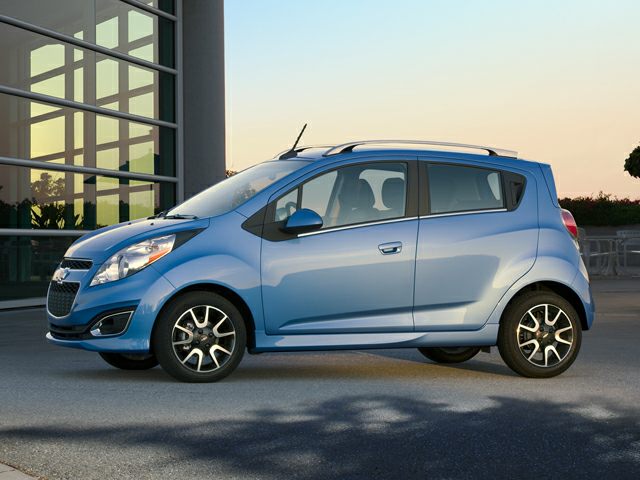