The electric crossover's best characteristic is its high-tech, high-end cabin

The Audi E-Tron Sportback is the automotive equivalent of a neutron star: small yet unimaginably dense. Now, I was a bit off in the above video when I said it's equal to the Q5 in size. It's actually closer to the Q8 in terms of length with interior dimensions in between the two. Regardless, it's still shockingly heavy. At 5,754 pounds, it's 750 pounds heavier than the dimensionally larger Q8 and a mind-boggling 1,675 pounds heavier than a base Q5. It's still 1,135 pounds heavier than the Q5 plug-in hybrid. And it's not just because it's an electric car packed with batteries. The Jaguar I-Pace weighs about 1,000 pounds less, and the Mustang Mach-E is thought to be in a similar range.

What does this have to do with the interior? Probably nothing, but most of the heavy lifting (pardon the pun) of this post is going to be carried by the above video, so I just thought I'd share some interesting information before getting to the photos that'll provide a closer look at some of the Audi E-Tron interior's features.

One main point I didn't make in the video, though: The E-Tron's interior design and quality are its most appealing attributes. Its weight contributes to ponderous handling and most likely its unimpressive electric range. Objectively as an electric car, it doesn't hold a candle to the Mustang Mach-E, Polestar 2 or Pick Your Tesla. Yet, it undeniably has a far superior interior to them all, which for some may justify its higher price. 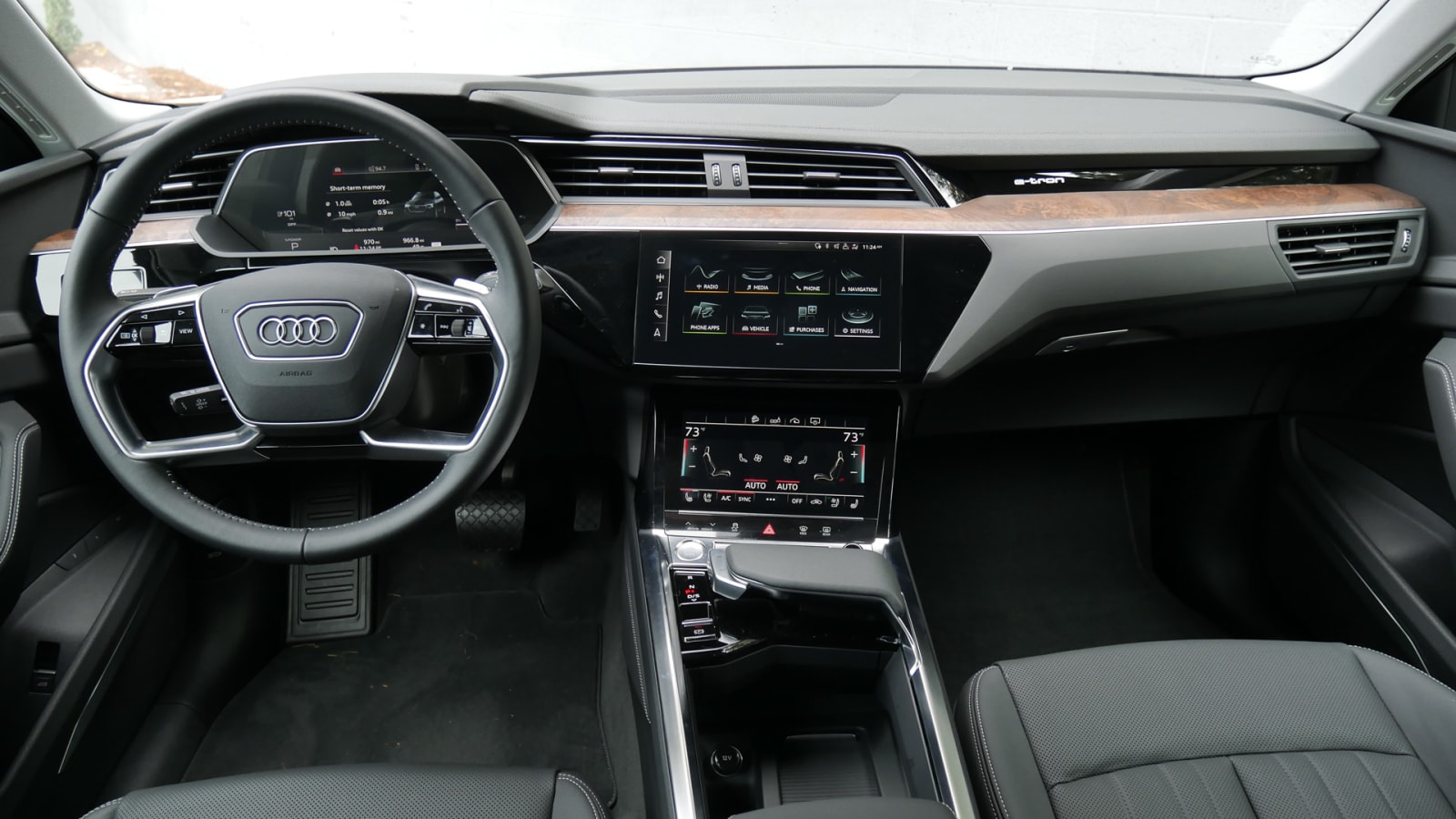 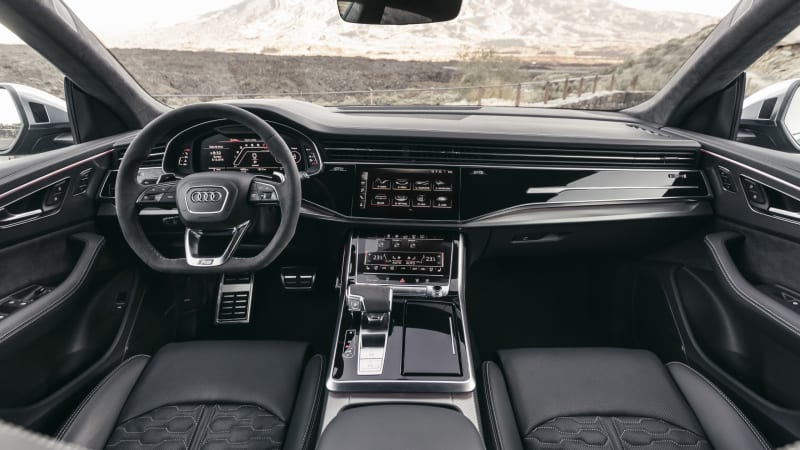 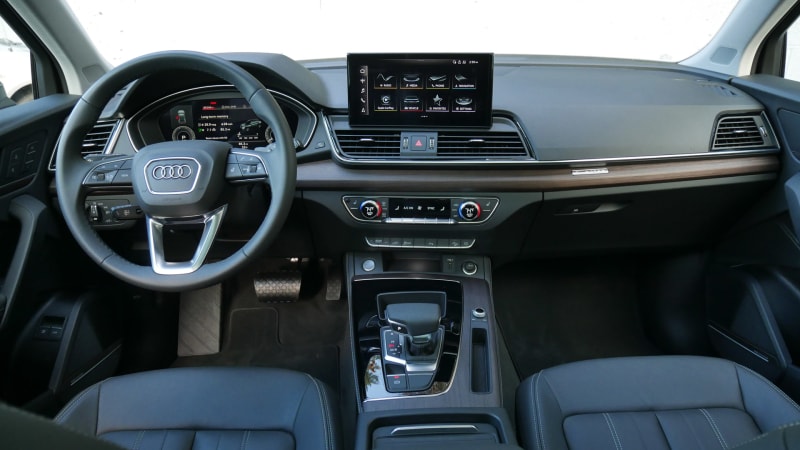 You can see the difference here between the e-Tron (top) with the Q8 (bottom left) and Q5 (bottom right). 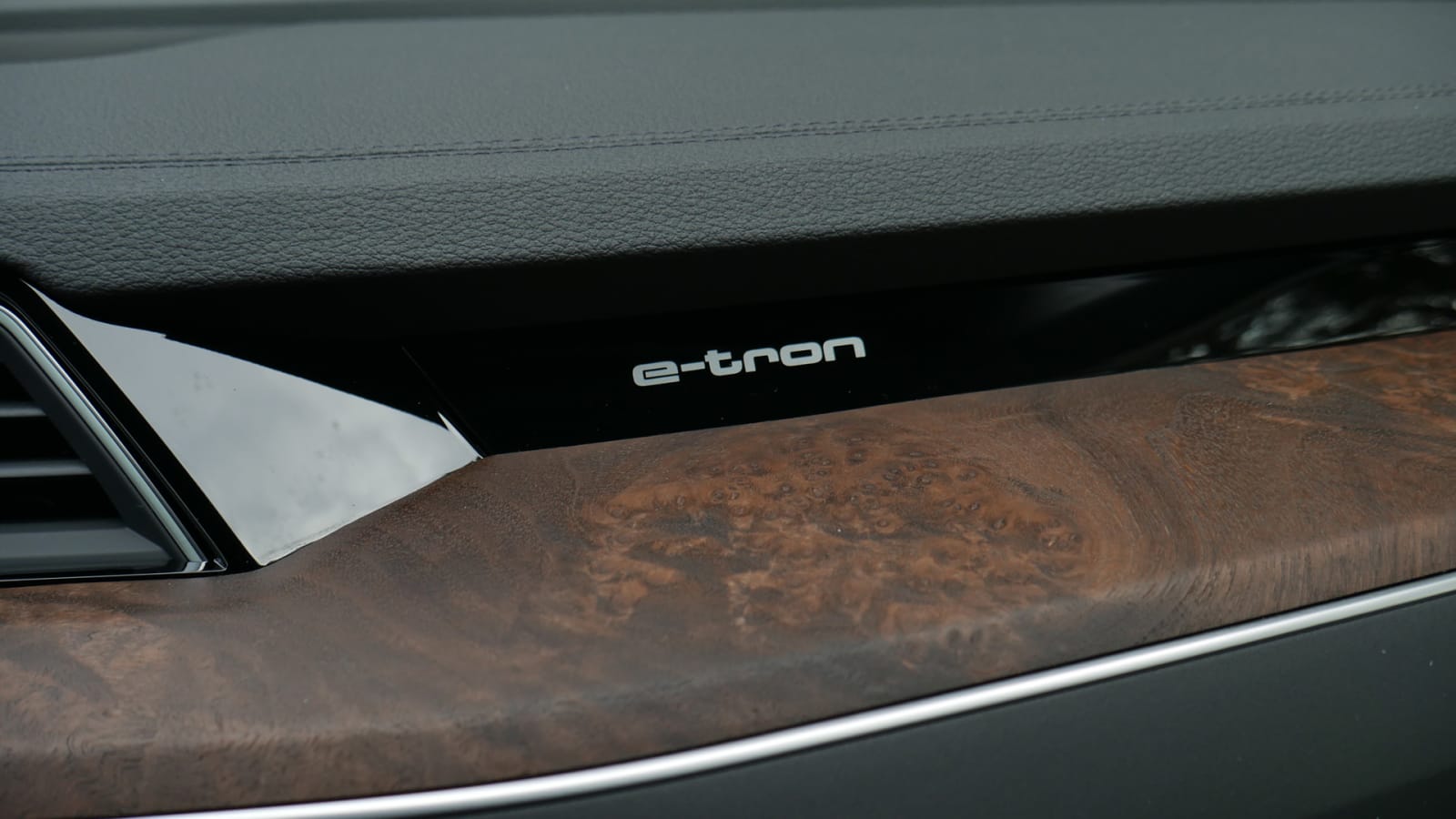 The materials quality in the E-Tron is far superior to the rather disappointing Audi Q5. The wood trim in particular seems nicer. 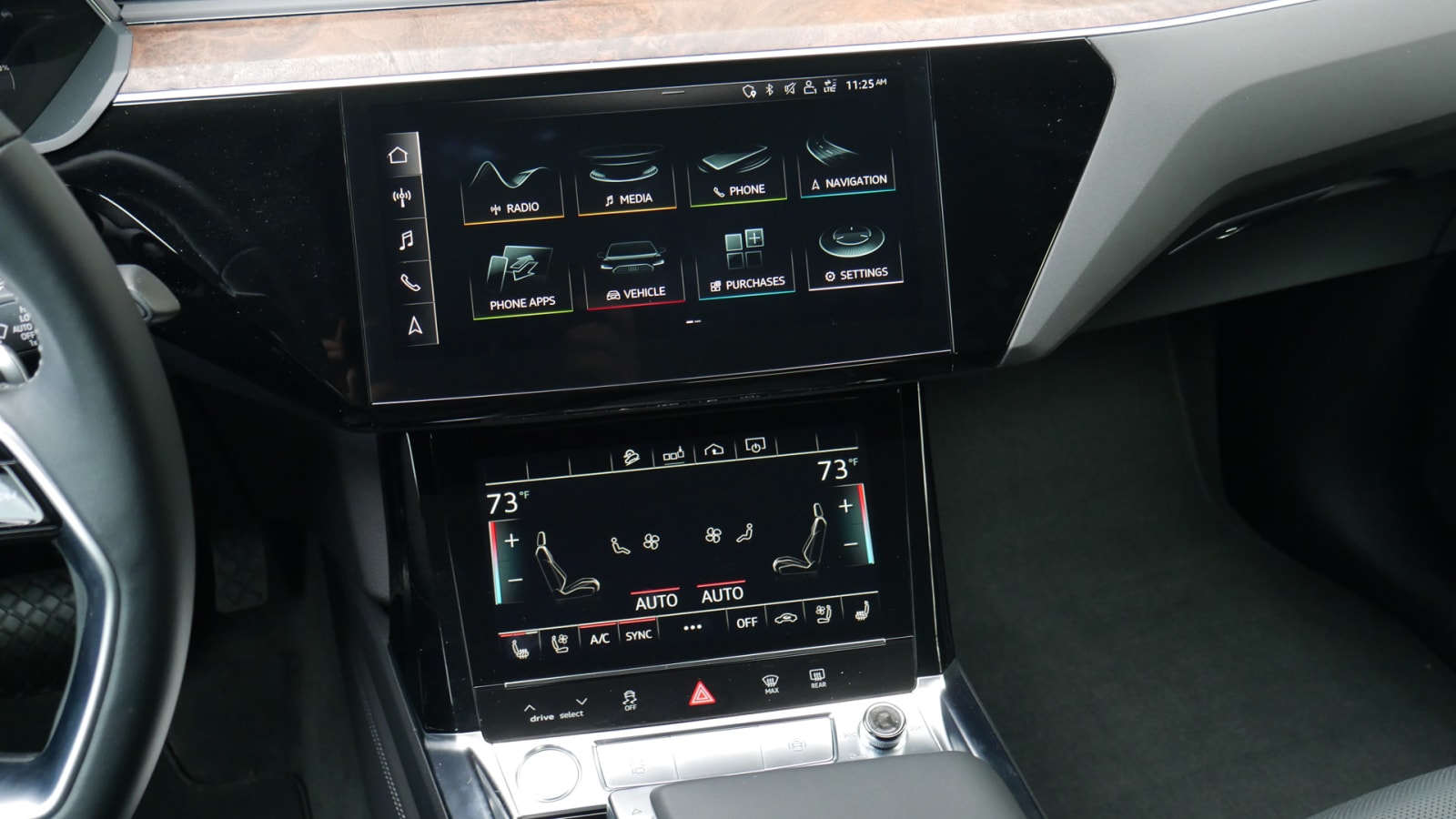 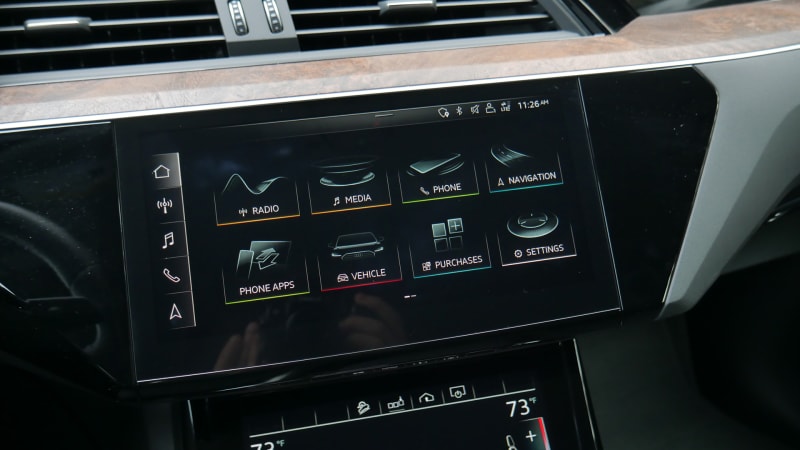 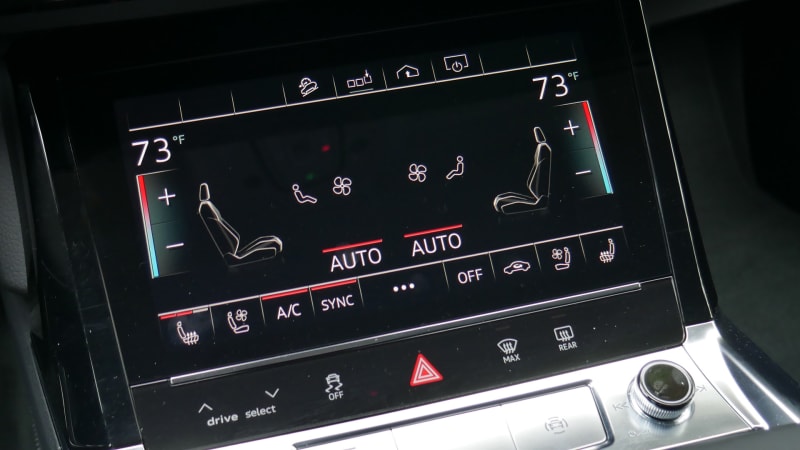 Here are closer looks at the E-Tron's "Press Screens." I really like the haptic feedback and small amount of added pressure they require, which make each virtual button feel like the real thing. On the other hand, the bottom touchscreen seems like tech for the sake of tech. The Q5's regular-old buttons and knobs work better. 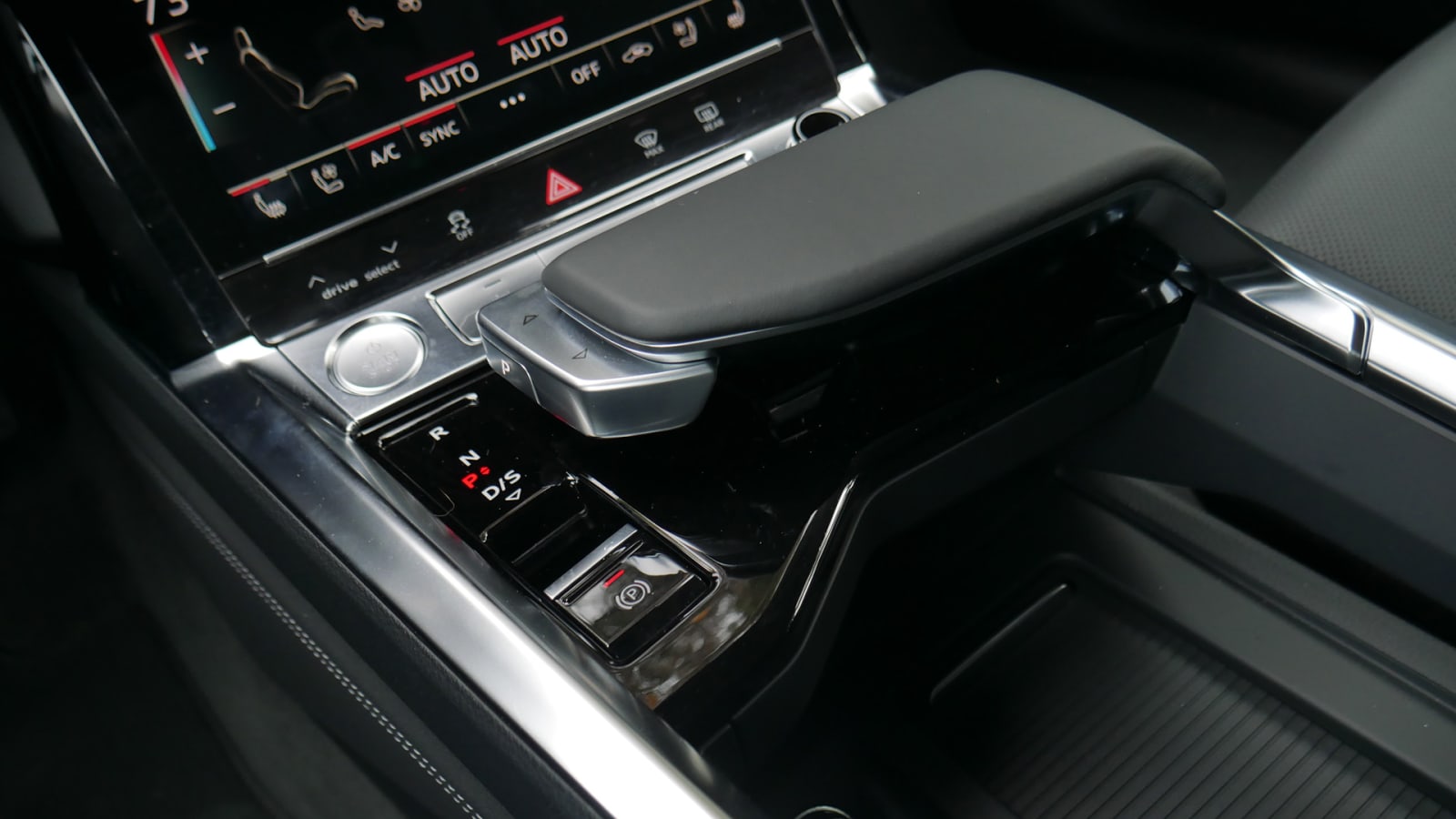 Here's the electronic shifter. Again, it's not confusing and there is a mechanical feeling to it that many such shifters lack. Still, the world didn't need yet another shifter design. 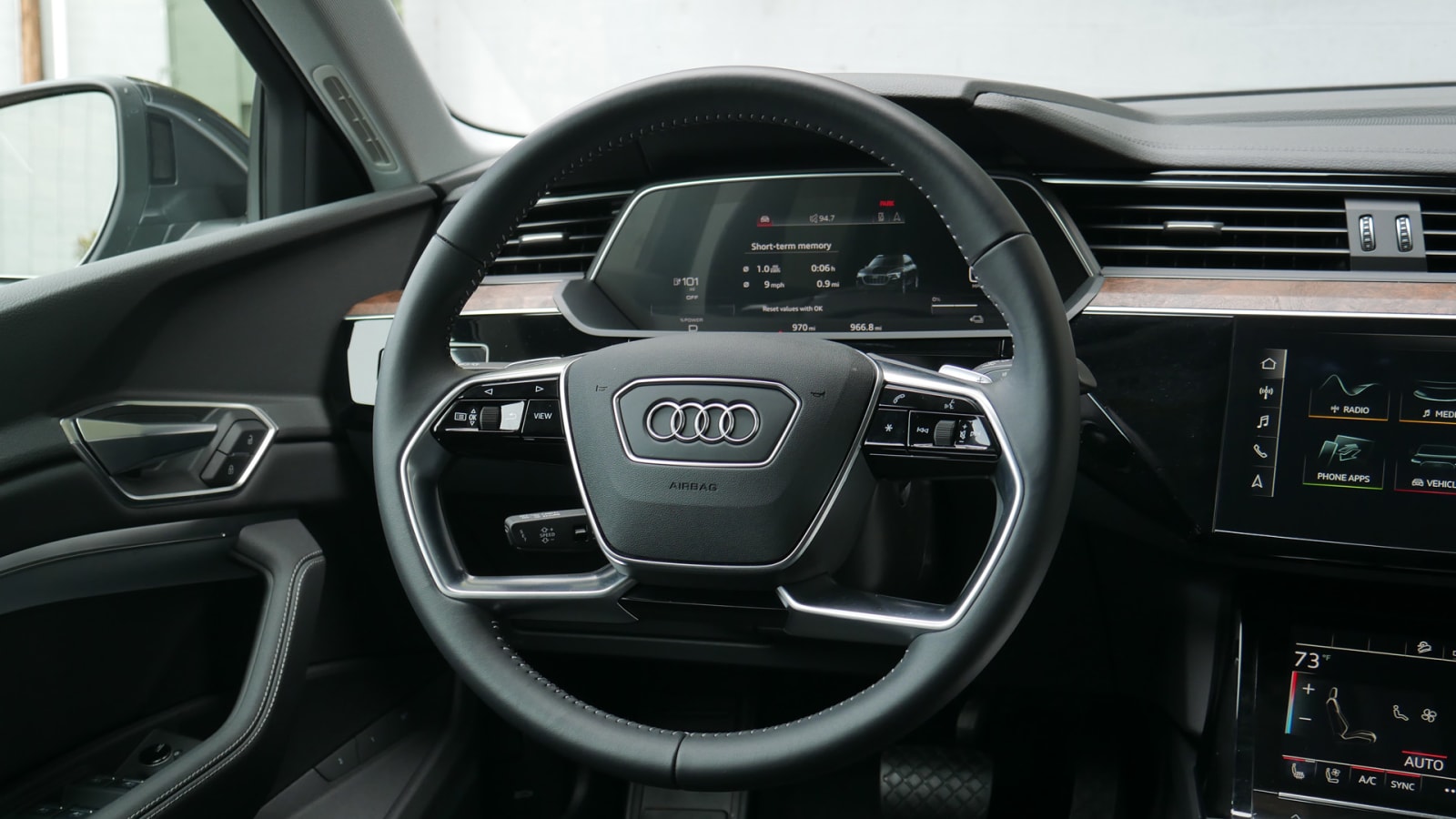 Here is the steering wheel. It's the same one found in the Audi A8. 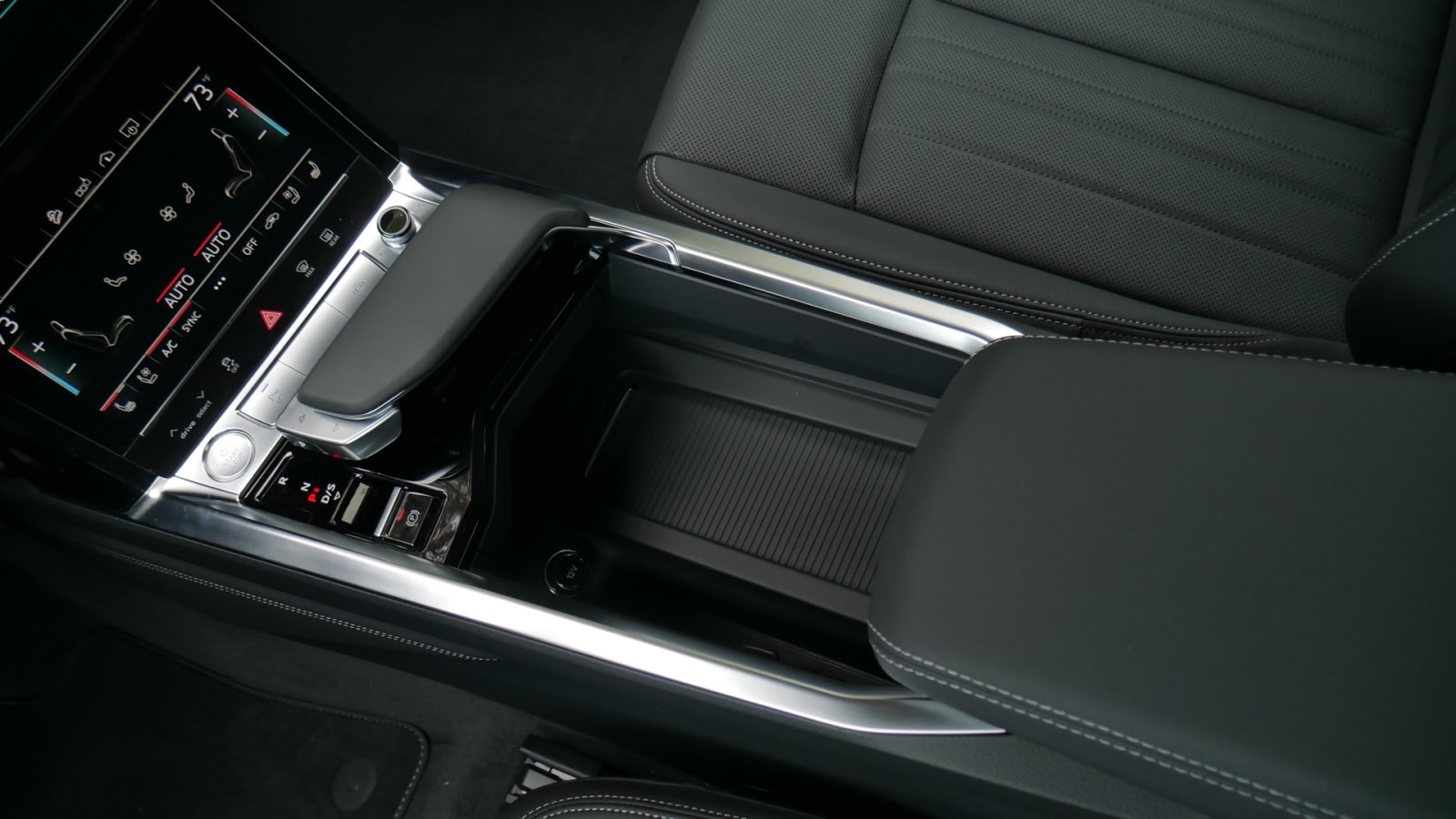 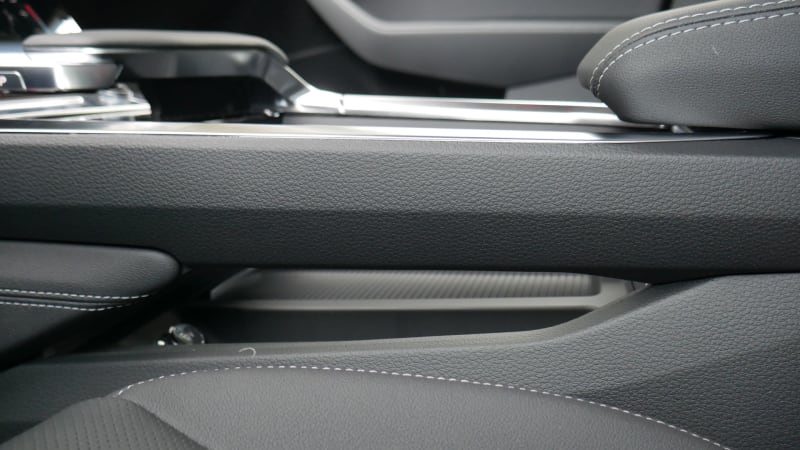 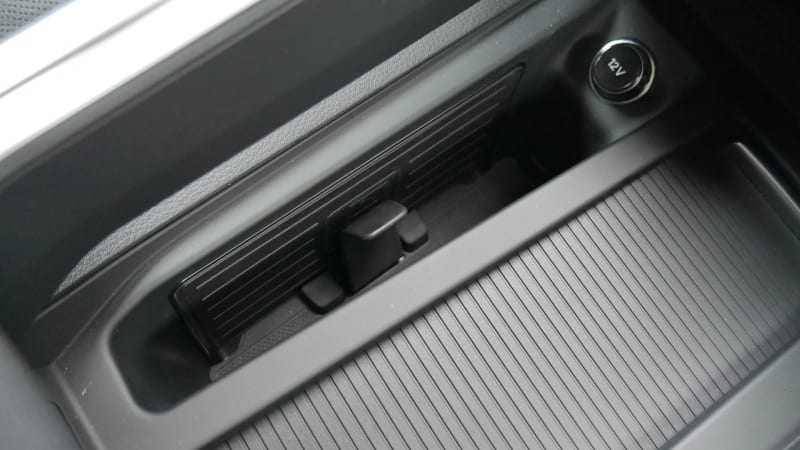 And finally, here's a better look at the center console, including its quasi-floating design and clever (if not unique) wireless charger.