LOS ANGELES — Humanity may be hermetically sealed off by facemasks and lockdowns, but the 2020 Ferrari F8 Spider is ferociously gulping gallons of atmosphere into the cabin as I dice through Malibu’s canyon roads. At least the al fresco exotic can button up in a pinch: Give it 14 seconds at speeds up to 28 mph, and the two-piece hardtop envelops the cockpit, shielding the Giallo Modena two-seater from breathy bystanders.

Microbes were the last thing on my mind while piloting Maranello’s roadster du jour, especially in the remote confines of the coastal Santa Monica mountain range. With a 710-horsepower twin-turbo V8 tucked behind me, it’s easy to see why: this $396,994 prancing horse absolutely rips, ticking off a claimed 62-mph time of 2.9 seconds (figure around 2.7 clicks to 60 mph). With a long enough leash, it should whisk to 211 mph.

Ferrari says Spider customers are more likely to have a passenger and less likely to visit a race track. Sounds about right. In this application, emotion does hold more sway than outright performance stats, especially when you’re traversing the perfect road with sunlight kissing you and your co-pilot. When behind the Spider’s steering wheel —  which crams buttons, switches and dials for turn signals, wipers, high beams into a concentrated space — the sense of occasion is palpable. The Spider still manages 0-60 mph and top speed numbers identical to the coupe (though 0.4 second is sacrificed on the sprint to 124 mph). But some stats still matter: The open-air model is 154 pounds heavier (though 44 pounds lighter than its predecessor, the 488 Spider), and any convertible is inevitably flexier and less responsive than its closed-roof counterpart. For those keeping score at home, there are also some nitpicky stylistic concessions that come with the cabrio. For instance, the juncture of the C-pillar to the rooftop isn’t quite as fluid, and the gorgeous, red-headed engine isn’t on display like it is in the coupe, but rather is relegated to visual anonymity. 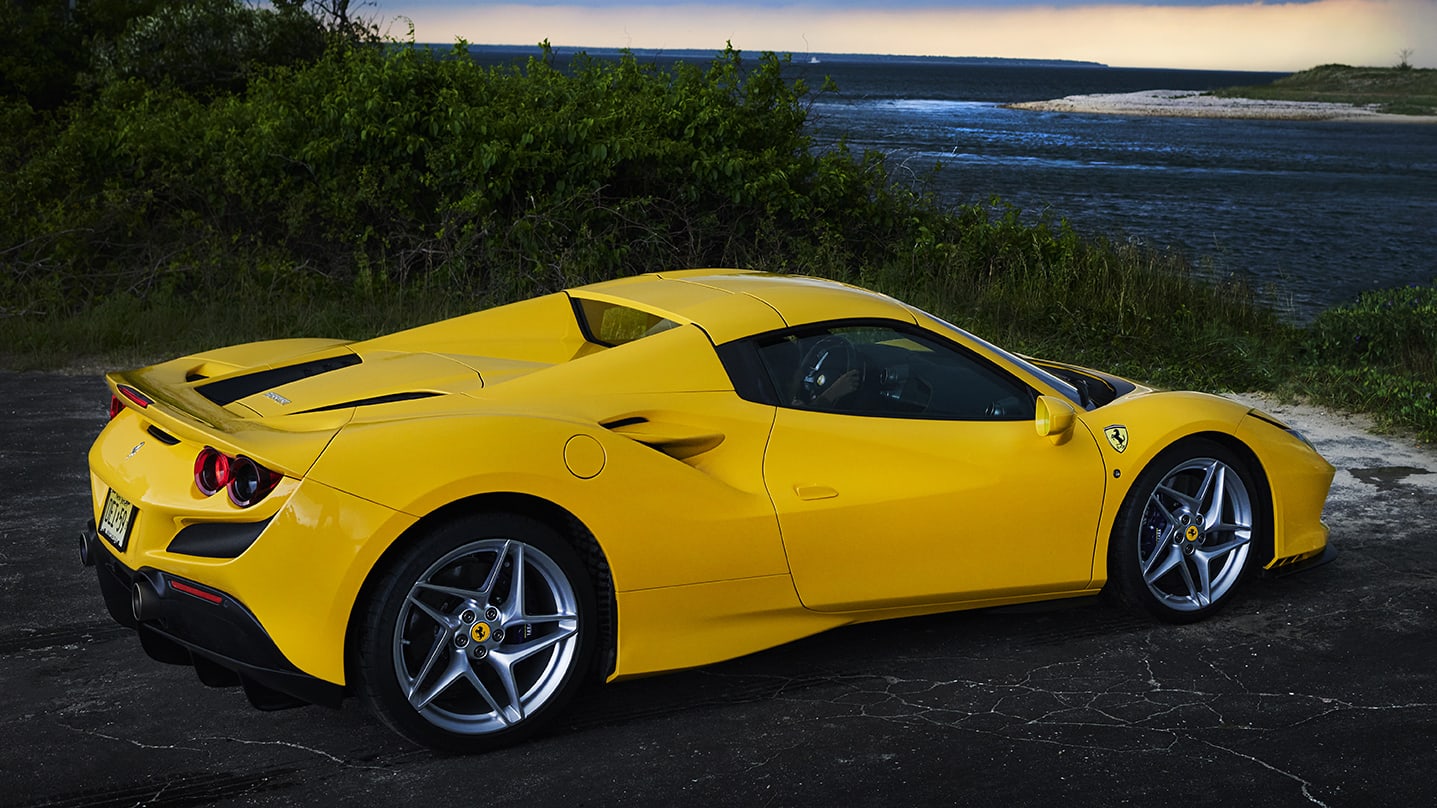 Though the 3.9-liter V8’s thrum is still loud enough to broadcast its presence for miles, the effect is incrementally less intoxicating since the folding hardtop mechanism is nestled above it like baffled layer cake. However, the mill does become more vocal when the centrally positioned tachometer gets within sneezing distance of the 8,000-rpm redline. In both coupe and convertible form, the F8’s twin-turbo power is inarguably engaging, even if you miss the wonderfully aural experience of the late, great 458’s naturally aspirated V8. While the old model had a sensory advantage, it can’t compete with the F8’s power production, which peaks with 710 hp at 8,000 rpm and 568 pound-feet of torque at a low 3,250 rpm. Not bad for its relatively diminutive, 3.9-liter displacement.

Clicking the small, steering wheel-mounted manettino alters your driving experience dramatically. Sport, the mildest setting next to Wet, curtails power quite a bit, and keeps the F8’s tail tucked in through corners. While straight-line acceleration is breathtaking — especially when the tires are warm enough to properly hook up — in Sport mode, one could quickly forget that the mid-mounted V8 churns over 700 horsepower. It’s even easier to be deceived in the corners since the electronic aids subtly curtail engine output in order to keep things tidy. But dial the clicker up to Race, or especially TC Off (which disables traction control), and the powerplant’s furious energy unleashes with tire-spinning gusto. Despite the considerable 58.5% of weight over the rear axle, the drivetrain is simply more tenacious than the rubber, yielding easily modulated slides when the throttle is goosed. The Michelin Pilot Super Sports are exceptionally sticky, but they’re simply no match for the monster power of the blown V8. 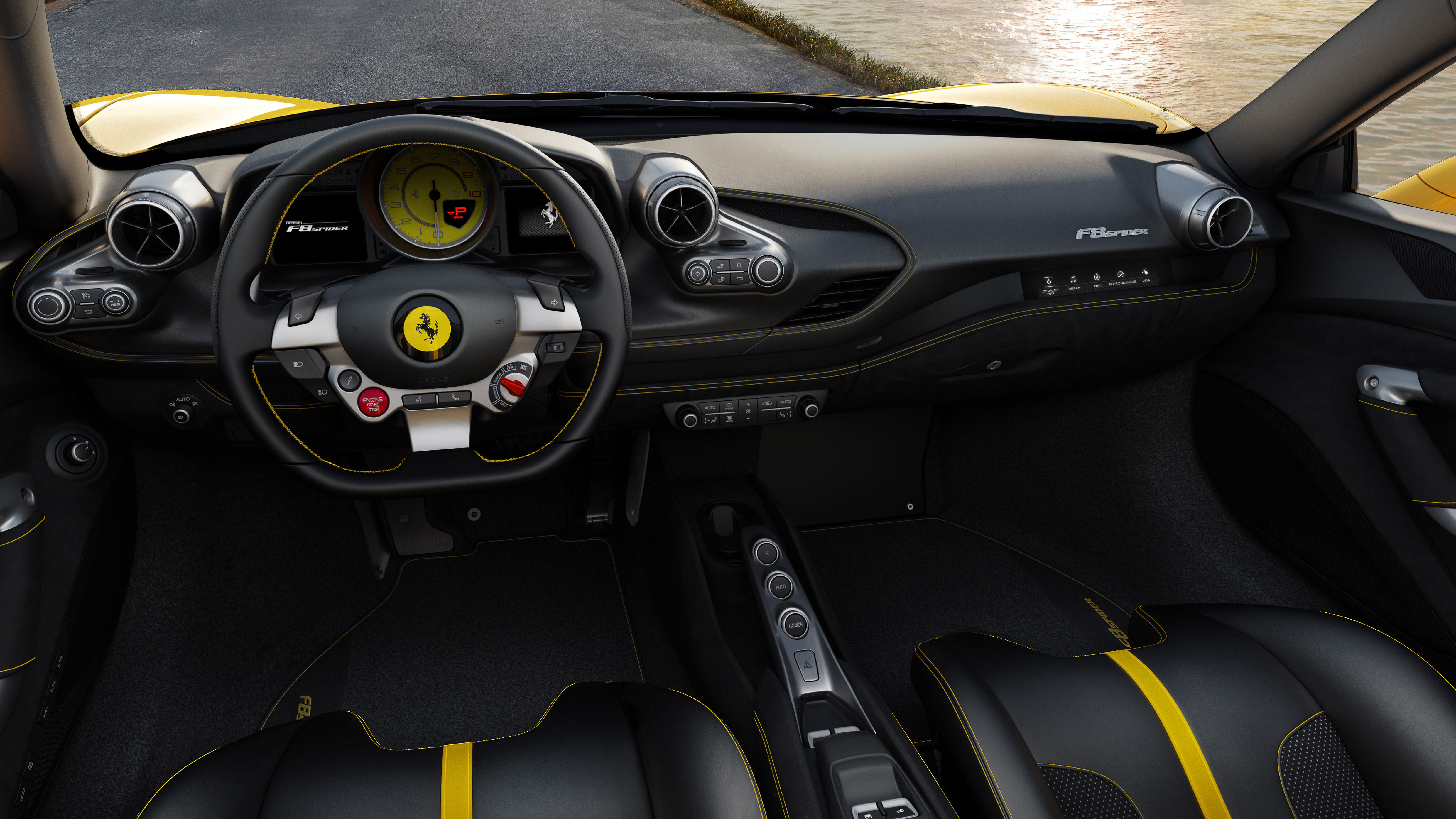 But it’s not all mechanical grip and rear-drive brawn: this Ferrari has a few electronic tricks up its sleeve, among them a brake vectoring system that was first introduced in the 488 Pista. By braking individual wheels when necessary, the F8 feels light on its feet, ready to juke its way through the twistiest of corners with eye-opening agility. Surprisingly little of my tester’s $94,494 worth of optional equipment is dedicated to performance, though the carbon fiber steering wheel (part of a $7,593 package) does impart a feeling of steering precision by reducing rotational inertia, and the optional carbon racing buckets ($9,112) convey a more direct link between my seat-of-the-pants and the road. These are incremental (and arguably aesthetic) improvements. But hey, if you’re already window shopping a sports car that starts at $297,250 (before the $3,950 destination fee and $1,300 gas guzzler tax), what’s another $100,000 for bits and baubles?

Getting into a high-speed rhythm proves surprisingly easy once you’ve acclimated to the F8’s sense of athleticism and immediacy. Though not quite as manic as special performance variants like the 488 Pista (or dialed-to-11 spinoffs like the F12 TDF), you’re best off managing this bad boy with a heightened attitude of mindfulness. Velocity accumulates nearly instantaneously, especially since the tachometer needle seems to find the 8,000-rpm redline quicker than you expect. The rev limiter feels surprisingly soft, but if you’ve decided to operate the smooth, quick-shifting, dual-clutch seven-speed transmission by yourself, you’d better keep an eye open for those rapidly approaching revs. At least the LED-equipped steering wheel (part of the aforementioned $7,593 package) flashes red and blue to alert you of the impending power crescendo — and perhaps a subtle nod to law enforcement eventualities?

Every Ferrari on the market comes equipped with standard carbon ceramic brakes, and the Spider’s operate with a bit of pedal effort, but outstanding feel and stopping power. At least they feel easier to modulate once they’re properly warmed up. And speaking of temperature, my F8 was spec’d without creature comforts like cooled/heated seats, though it did, thankfully, come with the Apple CarPlay option, which displays phone mirroring on the small dashboard-mounted screen next to the big, yellow tach. It costs $4,219.

If you’re obsessing over the skimpy standard equipment list and moaning about the real estate-like cost of entry, allow me to state the painfully obvious: The Ferrari F8 Spider probably isn’t for you. But if you’re a zealous (and spendy) driver with a hunger for stunning Italians, meandering roads, and healthy doses of Vitamin D, this open-air Ferrari just might be what the doctor ordered. 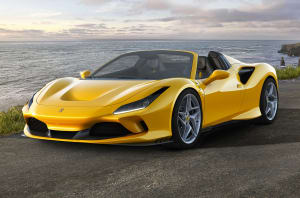 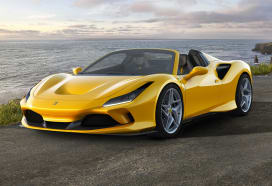 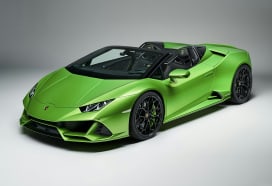 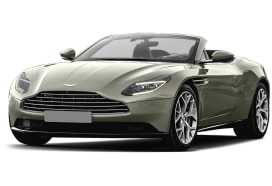