It performs well, but there are WRX and STI models that are a better value

For 2020, Subaru has launched another round of color-themed limited-edition WRX and STI models. They’re called Series.White, and, big surprise, come in a bright white paint scheme. They’re also limited to 500 units a piece, and in the case of the WRX model we tested, it comes with a variety of performance upgrades including an exclusive Bilstein suspension. It’s an attractive model that makes a strong case in a vacuum, but it’s a questionable value even against other Subaru variants.

The 2020 Subaru WRX Series.White is basically a WRX Premium with the Performance Package, plus a few extra things. That means it has the Recaro power seats, Brembo four-piston front calipers and two-piston rear calipers, and no sunroof for weight savings. Specific to the Series.White is the aforementioned Bilstein suspension as well as the exclusive Ceramic White paint, dark bronze wheels, steering-adaptive LED headlights and LED fog lights. The price for all this is $34,895. That’s just $1,450 more than the Performance Package-equipped WRX Premium, and you’re getting exclusivity, a stylish color combo and ostensibly better suspension, so things seem pretty good starting out.

The good feeling sticks around when you take the WRX Series.White out for a spirited drive. What really shines is the chassis and drivetrain. It’s solid as a rock and super responsive. Every little input from the fast, accurate steering gets an immediate and eager response from the car. It feels neutral on back roads, something helped by the all-wheel drive that has a splits power 50/50 front/rear and features a viscous limited-slip center differential. With minimal body roll and maximum grip, the WRX eggs you on, asking you to push it harder and faster through corners. And when it’s time to slow down, the Brembo brakes provide excellent feedback and a solid, firm pedal feel. Speaking of pedals, they’re laid out nice and close to each other for easy rev-matched downshifts. Be careful of the clutch, though, as it’s on the long side and has light-switch engagement, but works great when you’re driving hard. And yes, the six-speed manual is the only transmission available. 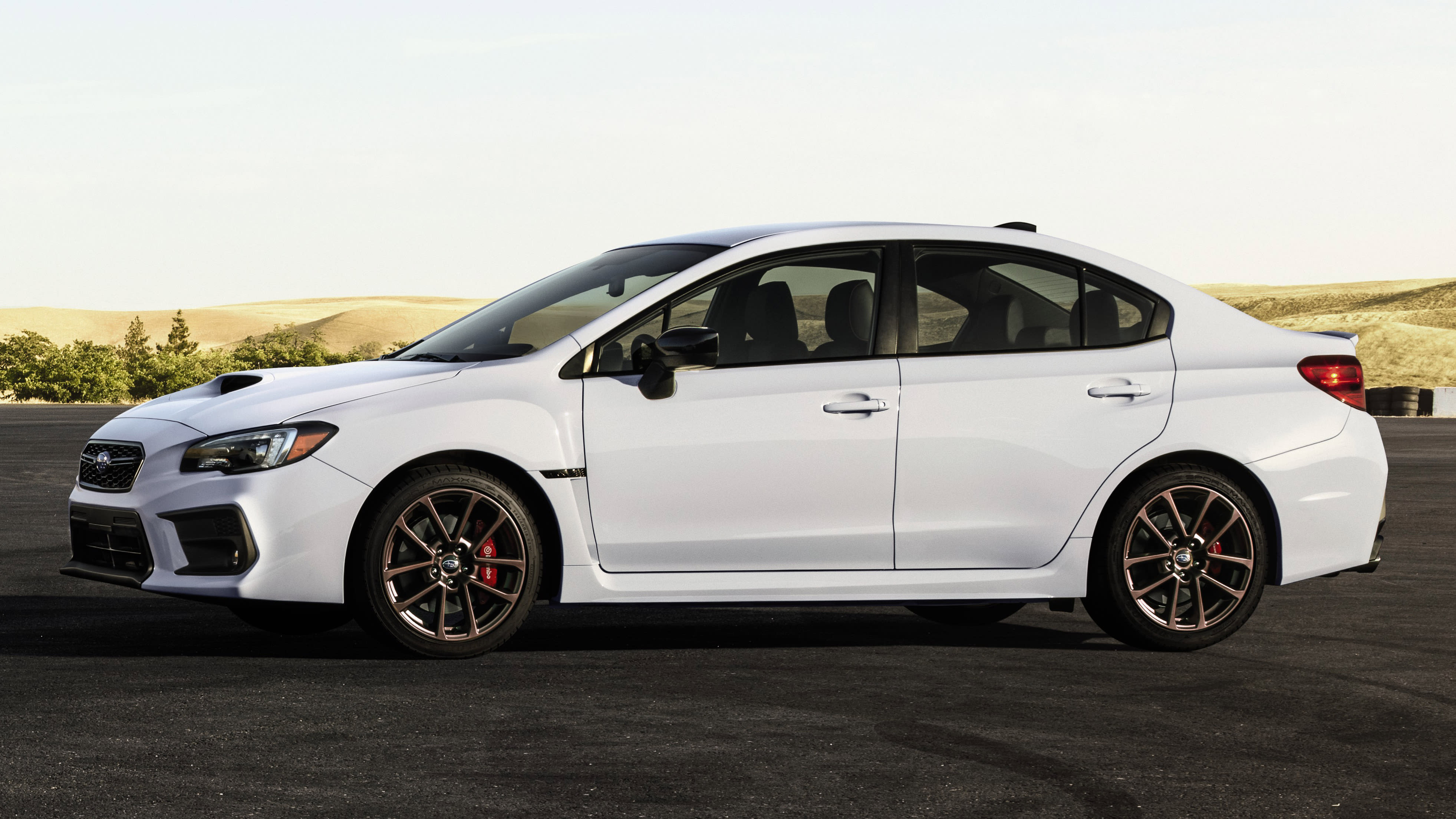 The engine is more of a mixed bag. With the same 268 horsepower and 258 pound-feet of torque as any other WRX, the 2.0-liter turbo flat-four puts up good numbers, but the delivery isn’t great. At low rpm, it feels sluggish as you wait for the boost to build, and at high rpm, you can tell it’s running out of huff. But keep the revs in the middle of the tachometer, and you get some superb mid-range torque that makes it fun to squirt around town and on back roads. The exhaust is extremely quiet, though, and only mildly coarse mechanical humming comes from under the hood.

The tradeoff to the WRX’s peppy performance is a subpar experience when you’re not hustling it. The stiff suspension leads to lots of bumping and bouncing around on city streets. That’s something specific to the Series.White and its unique suspension tuning. But other things such as the endless tire and road noise on the interstate is a trait of all WRX models, as is the usable but unimpressive interior. It is quite roomy, even for rear passengers, but the materials are disappointing, even when compared to non-performance compact sedans. The leather-wrapped wheel, shift knob and stylish Recaro seats can’t make up for the large amounts of black plastic, and the strange rubberized texture of the dashboard. Also, those Recaro seats are comfortable, and the faux suede inserts are grippy, but they lack sufficient bolstering, which is disappointing for a performance car. The WRX has an oddly high seating position, too. It’s not uncomfortable, but it's more like a crossover than a sports car.

We also need to come back around to that $34,895 price tag. While the Series.White has a reasonable upcharge next to a comparably equipped WRX Premium, it pushes the car uncomfortably close to the base WRX STI that starts at $37,895. While it wouldn’t have the fancy Recaro seats, bronze wheels or exclusive paint, a base STI offers way more performance with its 310 hp and 290 lb-ft of torque. It gets six-piston front brake calipers to go with its two-piston rears. It also gets an electronically controlled mechanical limited-slip center differential, and mechanical front and rear differentials. Those parts couldn’t be added to a WRX through the aftermarket for that $3,000 price premium, either. Of course if you wanted to, you could option in the Recaro seats, which would bring the STI close to about $40,000.

We should also mention there's a WRX STI Series.White that includes the Recaro seats along with Bilstein shocks, Michelin Pilot Sport Cup 2 tires and stiffer steering rack mounts. But at $43,595, it’s a major upcharge over both a WRX Series.White or base WRX STI.

There's also the matter of non-Subaru competition. The Honda Civic Type R also comes in just shy of $38,000, but has more power and torque than the WRX, and brings hatchback practicality and a higher-quality interior. Then there’s the Hyundai Veloster N. Even when equipped with the Performance Package, it comes in just over $30,000, undercutting the WRX Series.White while also offering more power. Both of these alternatives are brilliant to drive, even if they don't offer all-wheel drive.

The WRX Series.White is a seriously fun sports sedan that offers a unique, traditional Subaru feel. And there are sure to be buyers who will be pleased by the light performance upgrades and exclusivity. But we think that if you’re set on a Subaru, you should instead consider either saving money with a base WRX or gaining more performance for your money with a base STI – even if they're painted plain old Crystal White Pearl rather than the exclusive Ceramic White. 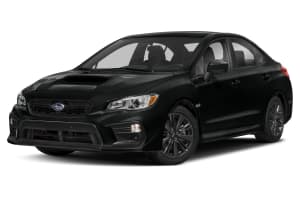 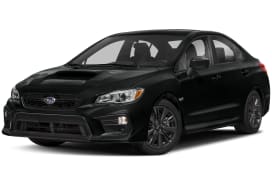 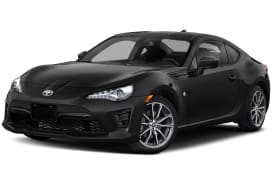 $1,652 - $1,762 Nat'l avg. savings off MSRP
See Local Pricing
I'm not in the market for a vehicle at this time. Please move this suggestion to the side for 30 days.
Huge Savings