Early versions of Tesla’s new Model Y electric crossover are out, and like the Model 3 and other Tesla models before it, some customers are reporting problems with the factory paint job.

The latest comes from YouTuber and Tesla enthusiast Ryan Shaw, who says he discovered “very obvious paint issues” when he took delivery of his new Model Y, and especially after he took it to a Tesla Service Center, where it underwent more buffing and other supposed corrective work. So he takes his new red Tesla to Detail Union, a car detailing shop near Los Angeles that specializes in Teslas and other high-end vehicles, for a full detail, paint fixes and protective ceramic coating.

We get a very detailed description of how the crossover gets triple-washed, clay-barred, re-washed, dried and so forth, all before they get to the interior detailing. (You can skip ahead to 5:30 or so if you just want to get to the paint-quality part.) What’s interesting are the measurements the detailer takes that found wider-than-normal variations in paint thicknesses on various parts of the vehicle, including places where there was no paint.

Shaw said the detailers told him that Tesla uses good-quality paint, but suffers from quality control, which is a complaint we’ve heard before about Tesla. “You can clearly see a lot of adulterating, as the detail shop put it, as well as just swirl marks and all sorts of stuff that is basically Tesla trying to fix bad paint jobs,” he says, as the camera pans body panels showing scuff marks, scratches and smudgy finishes. “And there’s a lot of evidence of it all around the car.” It’s similar to other accounts we’ve seen, like this one from Chicago Auto Pros.

Shaw says he recommends that everyone give their new vehicle the same washing, detailing and paint fixing procedures, since every new car will likely have some degree of paint flaws and needs help to keep looking new. But at this stage, available Long Range versions of the Model Y are selling for $52,990 and up. Shaw said he paid $990 for the ceramic coating and everything else, while another commenter claims to have paid $1,500 for the same process. Granted, we’re already talking about a level of consumer that isn’t exactly short on dough. But shouldn’t these problems be prevented in the first place? 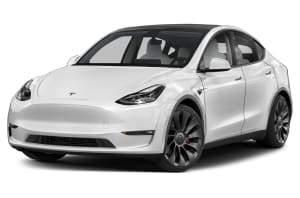