VW Golf 8: Here's the first look at its minimalistic interior

Volkswagen will not officially unveil the eighth-generation Golf hatchback until October, but thanks to spy photos and sketches, the car's new looks have been nearly entirely revealed. Our spy photographer Brian Williams recently spotted the Golf's interior uncovered, and major changes are on the way.

The Mk8 Golf might be Volkswagen's worst-kept secret right now. Previous spy photos have already shown the evolutionary design of the exterior, which will have a sleeker profile and a slightly more menacing front end. As one of VW's biggest global sellers and most historic vehicles, it's understandable why the looks don't stray too far off the path. The interior, however, looks drastically different.

The Mk7 Golf interior has a plain, simple, stoic design, and in that regard, the Golf stays the same. But the manner in which this look is achieved in the next-generation is stylistically more premium. Like many vehicles these days, the Mk8 Golf will have a nearly buttonless cabin with a horizontally laid-out dashboard. 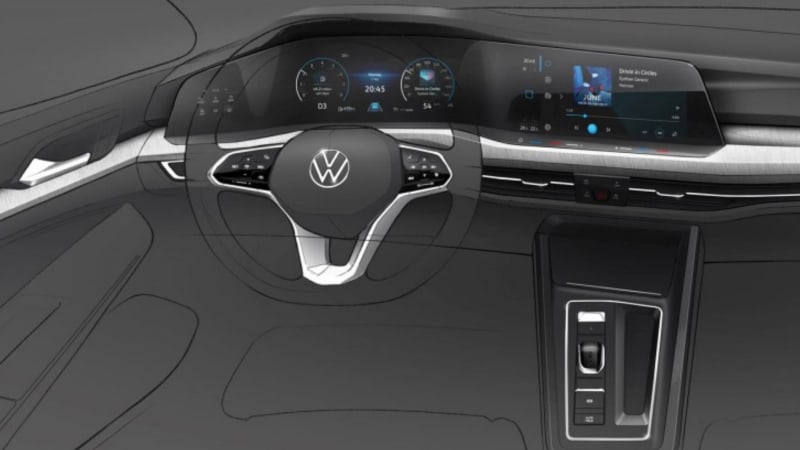 The center console is equally as simple, with cupholders, an electronic parking brake, and a couple other buttons surrounding the six-speed manual transmission seen in the spy photos. The overall effect is a much classier cabin devoid of big slabs of plastic or rubber staring at the driver and passenger. Although VW might slightly alter some features, the overall design was basically confirmed by design sketches released in a document from Volkswagen's 2019 Annual General Meeting. 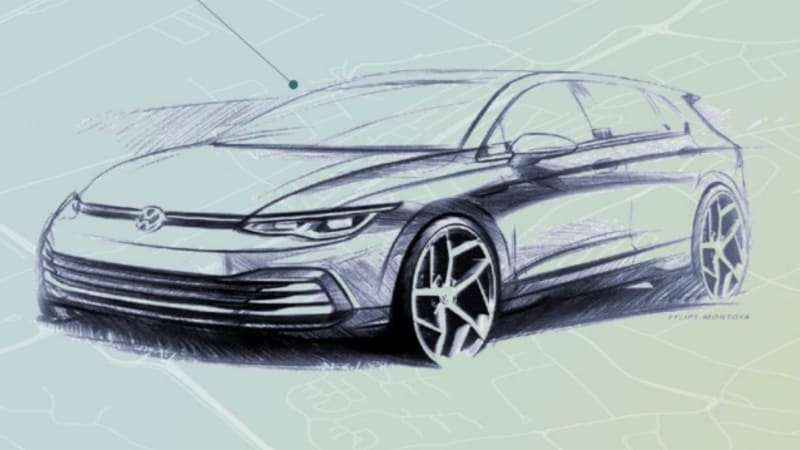 The new Golf will globally be available in numerous iterations, including gas, diesel, plug-in hybrid, for the first time a 48-volt mild hybrid, and compressed natural gas. Remember, however, there's a rumor the U.S. will only get GTI and R variants without the base models. That's one thing we'll have to wait until October to find out.